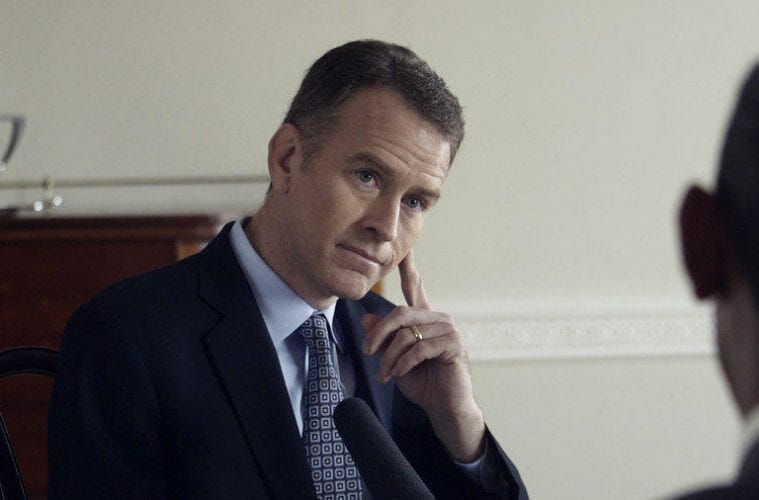 Steve Inskeep is an award-winning journalist best known as the host of NPR’s Morning Edition. He’s also an American history buff and published author whose Jacksonland (Penguin Press, 448 pages) chronicled the Trail of Tears from the perspectives of President Andrew Jackson and Chief John Ross of the Cherokee Nation. In his latest narrative history, Imperfect Union: How Jessie and John Frémont Mapped the West, Invented Celebrity, and Helped Cause the Civil War (Penguin Press, 480 pages), Inskeep tells the full story of an explorer who was known as “the pathfinder of the West” before becoming the first presidential candidate of the Republican Party thanks to his wife’s political ambitions.

Inskeep says that during the 2016 election cycle, it was hard to process the news in real time while simultaneously looking back. But, he says, “I gradually came to realize that in writing about the past, I was better understanding the present and gaining insights from people who have had the same arguments before.”

In advance of his conversation about Imperfect Union with GPB’s Virginia Prescott (a free event at The Carter Center on Tuesday), Inskeep talked with ArtsATL about America’s early power couple; how the election of 1856 turned on questions of race, national identity and demographic change; and the reward of getting to embrace an intellectual challenge beyond his natural habitat. Steve Inskeep: He was ambitious and persistent — which you would have to be to take the journeys that he did. But sometimes his ambition led him astray, and his persistence made him too stubborn to change course when he needed to. When he was lost in the wilderness of what is now western Nevada in the middle of winter and his men need to make a dangerous crossing of the Sierra Nevada Mountains into California to save themselves, he is unable for two weeks to decide that’s what he ought to do. On another occasion, he got into a feud with his commanding general during the Mexican War, couldn’t back out of it, and ended up being court-martialed and leaving the Army. So the things that brought him success also often brought him down.

ArtsATL: Jessie Frémont was so entrenched in her husband’s presidential campaign that she was described by admirers as “the better man of the two.” How do you explain her ambition given the constraints placed on women in that era? Was her involvement an asset or a liability to her husband’s candidacy?

Inskeep: Jessie was an enormous asset. It is hard to believe John C. Frémont would have been as successful or as famous as he was without his wife as his political advisor, secretary, editor, occasional ghost writer and partner.

Her father, Thomas Hart Benton, was a senator from Missouri — a very learned man but also a slave owner — who wanted a son and gave his daughter what sounded like a man’s name. Jessie would go out with him when he went hunting, and trailed him to the Senate where he would deposit her in the Library of Congress for safekeeping. She was taken to the White House as a very small girl to meet President Andrew Jackson. Her father educated her more in the way that you would have expected a boy to be educated. Ultimately, Jessie wanted to be her father’s assistant, but she couldn’t. So she married a man and was destined to assist him.

ArtsATL: Do you see John Frémont as a visionary or an explorer who was used as a pawn to satisfy his wife’s frustrated ambitions — not to mention advance her father’s goals of opening trade routes to Asia via California?

Inskeep: Both. He was a talented but flawed individual who was improved, aided and promoted by his wife, and had his image shaped with the help of his wife. He had grown up in difficult circumstances and there was something about him that made him need to keep moving all the time. That desire got worse rather than being satisfied as he got older, but he wasn’t an empty vessel. I think he had his own ambition, talents and skills and wanted to succeed himself. ArtsATL: When you contemplate some of the key elements that threatened to divide the country in 1856 — including white men’s fear of losing power through demographic changes, and Jessie being criticized for “undermining women’s roles” owing to her political activism — and consider where we are more than 160 years later, what’s your takeaway?

Inskeep: First, we should note how very, very far we’ve come. We don’t have slavery or legal separation anymore, to state the obvious, and yet we still have this argument about race and group identities that often are based on race whether we realize it or not. The discussion has advanced, but it’s about the same general topic. It is useful to know what came before to understand that we are in the middle of a long, long, long historical argument that does change over time.

ArtsATL: Why did you use Jessie’s quote, “It would hardly do to tell the whole truth about everything” as the prologue for Imperfect Union?

Inskeep: I loved the quote and think it speaks to the way she shaped her husband’s image and defended him. There are specific instances in the book in which she mutes or obscures more embarrassing parts of his history, like his having been born out of wedlock or rumors of his extramarital affairs. She understood the power of his image and worked to shape it and that required not always telling the whole truth.

ArtsATL: Does recording an audiobook require a different skill set from delivering the news on Morning Edition or hosting Up First for NPR?

Inskeep: Oh, gosh, it’s a little different skill because you’ve got to get the words down exactly as they are written. I rarely do that in live radio — I am rewriting things, talking extemporaneously, interviewing someone, responding to events, editing a sentence even as I’m saying it.

There are people who have said that a radio studio is my natural habitat, and that’s definitely true because I feel so comfortable there. But there’s something a little bit more rewarding about writing a book; thinking again, and again and again about what you really mean; trying to get to the deeper meaning of what’s going on and telling a long story really clearly. I love that intellectual challenge and think I may love that even more than I love the radio.

ArtsATL: What’s on your nightstand?

Inskeep: Anna Karenina is one of the books on my nightstand, although it’s taking me forever to read it.