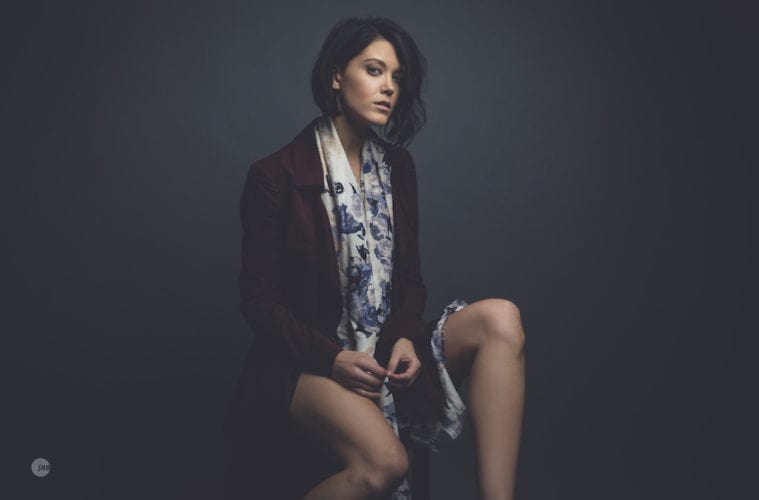 Actor Hayley Lovitt moved to Atlanta to build her film career and has since become a veteran of the Marvel universe. Most recently, she starred as Sage on the hit series The Gifted. (Photo by Josh Stringer Photography)

Q&A: Marvel Universe actor Hayley Lovitt is done being scared of her success

After launching her acting career in North Carolina in 2009, actor Hayley Lovitt relocated to Atlanta to get a foothold in the city’s then just-blooming film scene. Over the past 10 years, she’s appeared in hit shows like Nashville, Sleepy Hollow and The Originals. She played a young Janet in Marvel’s Ant Man and the Wasp and Donna in A Walk in the Woods, opposite Robert Redford and Nick Nolte. Most recently, Lovitt played the mutant genius Sage on Fox’s The Gifted, now in its second season.

ARTS ATL recently chatted with Lovitt over breakfast at Bread & Butterfly about her tumultuous start in acting, the complexities of the Marvel universe and what it means to be an Atlanta actor today.

ARTS ATL: What made you want to become an actor?

Hayley Lovitt: I don’t think there was one thing that made me want to become an actor. As a kid, I did a lot of theater camps, and then when I got into middle and high school, I got really big into theater. Then in college I played around in the productions at Wilmington, and I did some work with the film department at UNCW at Wilmington.

But I didn’t get serious about acting until after college when I worked for a law firm and hated it and decided to quit. That’s when I pursued my lifelong dream of acting.

Lovitt: Well, I auditioned for my first agency in North Carolina. Then my first real audition was for a big film that Tracy Kilpatrick was casting. I was so terrified, and I did such a terrible job. I had no idea. I had taken acting classes, but I hadn’t discussed the business. I hadn’t thought about how auditions are different from acting at that time.

ARTS ATL: You’ve landed some impressive roles since then, including Sage on The Gifted. What did you enjoy most about playing her character?

Lovitt: That everyone thinks I’m a genius. People on Twitter and social media really do. They’re like, ‘Oh why don’t you know that? You’re Sage!’ and I’m like ‘Well, I’m really bad with computers actually.’

No, but really my favorite part of playing Sage [was] that she [was] so genuine. She [was] such a hard worker, and she really [wanted] the best for the mutant world. She’s like me in that she sees a goal and she tries to find the best route to get to that goal. When she tries something and it’s not working, she tries something else.

ARTS ATL: Obviously you’re no stranger to the Marvel universe. Are you particularly drawn to playing characters with super powers?

Lovitt: Marvel shoots a lot in Atlanta, and since I’ve been working here, I’ve had these opportunities here. I mean it’s cool to play superheroes. I think the comic book world is really neat. It’s like a whole universe of people, not just the film universe but the fan universe. It is a whole thing, and that’s really fun. The fans are so interactive on social media and at conventions. They know everything comics, and I knew nothing comics until the first time I played Janet van Dyne in Ant-Man. Since then, I know a lot about Ant-Man and X-Men, but I still don’t know much compared to others.

ARTS ATL: Speaking of Ant-Man, what was it like playing a young Janet van Dyne and getting to work with Michelle Pfeiffer?

Lovitt: There was one scene we shot in Savannah that didn’t make the film, and it was a stunt scene. You see Janet’s face, so it was going to just be me running. Michelle said, “No, I wanna do it,” and she was booking it — through an alleyway full of people. She killed it. I, however, twisted my ankle. I was running up and down alleyways for seven hours with two other actors. It was a lot of fun, though.

ARTS ATL: Atlanta’s film industry has grown exponentially since you started your career here. How has the city’s growth in film and TV impacted you?

We’re different than L.A., and we’re not trying to be L.A. We’re figuring out who we are. I’ve seen a major shift in the past five years with the way that actors are training here and the way that casting is getting to cast bigger roles. That’s allowed me to stay here.

ARTS ATL: What’s the best piece of advice you’ve received about your career?