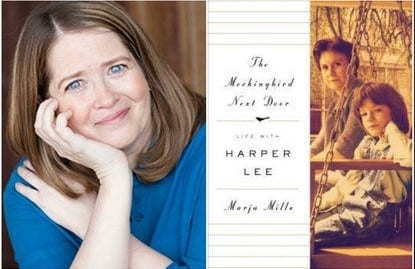 Q&A: Marja Mills recounts friendship with Harper Lee in “The Mockingbird Next Door” 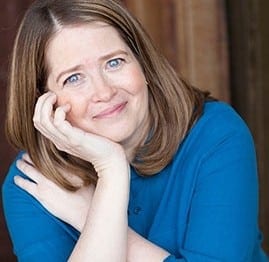 Marja Mills distinctly remembers the profound effect Harper Lee’s To Kill a Mockingbird had on her the first time she read it in the ninth grade. Little did Mills know that a few decades later, she’d visit the dusty streets of Monroeville, Alabama, as a journalist to write about the classic novel for Chicago’s inaugural One Book, One Chicago reading program.

Or that she would develop such a close relationship with the famously reclusive author (known to friends and family by her first name, Nelle) and her sister, Alice Lee, that she’d be living in the house next door to them, with their blessing, in the fall of 2004.

The Mockingbird Next Door: The Life of Harper Lee, is Mills’ endearing portrait of her 18 months as Nelle and Alice Lee’s neighbor. Mills tenderly recalls rendezvous with Nelle sipping afternoon coffee at McDonald’s or washing clothes at the local laundromat; they took road trips to local sites, and hosted cozy gatherings with the sisters’ small but close-knit community. But the author’s rendition of these ordinary moments begets an in-depth, intimate appreciation for the town that inspired the setting of Nelle’s singular novel, the people who breathed life into its characters and the sisterhood that anchored Nelle when she became an overnight sensation.

As it turns out, Mills’ tenure in Monroeville coincided with the sisters’ last active years in their own home. Nelle’s stroke in 2007 landed her in an assisted living facility, and in 2011, Alice’s bout with pneumonia forced her to do the same. Alice passed away last November.

And though Mills and Nelle maintained their close relationship for some time after Mills’ return north, after the stroke, Nelle disavowed Mockingbird Next Door and denied authorizing its publication. And when HarperCollins announced the forthcoming release of Nelle’s new novel, Go Set a Watchman, Mills was just as shocked as the rest of the literary world.

Mills will appear at the Jimmy Carter Library at 7 p.m. on June 18.

ArtsATL: Why do you think Nelle and Alice Lee opened up to you about their lives after they’d turned so many other reporters away?

Marja Mills: I grew up visiting my grandfather in Black River Falls, Wisconsin, a town half the size of Monroeville, and felt very comfortable with small-town life. This small-town connection helped us develop an easy rapport with one another.

I think, too, the sisters were at a time in their lives where they were ready to be more open. Nelle was in her 70s and Alice, the keeper of the family history, was in her 90s. There were family stories that only Alice remembered. They probably felt it was time to share some of them.

ArtsATL: In the memoir, you write a lot about language and wordplay and how it shaped your conversations with the sisters.

Mills: I studied linguistics in college and used to write a column for the Chicago Tribune about language, and I think I had that in common with the sisters as well — a shared appreciation for words and expressions. Nelle and Alice inherited their love of language and storytelling from their Aunt Alice.

For example, Nelle and her sister used the term “journey proud” to mean the nervousness and excitement a person feels when they can’t get to sleep the night before they travel. I think in other parts of the country, phrases have become homogenized, but in that part of Alabama words are still distinct; you “cranked” a car, “pushed” a buggy, or “carried” an appointment.

Both sisters, too, were devoted practitioners of the old-fashioned art of paper correspondence, and the Lees’ family letters had a certain formality to them you don’t find today. 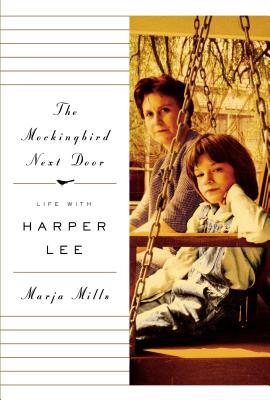 ArtsATL: Can you talk a little about how you managed to write the book while coping with flares from lupus?

Mills: It took a lot longer. On a bad day, I could rest and deal with doctor visits. On a good day, I would get as much work done as possible. What was interesting, was that since I was mostly around elderly people in their 80s and 90s — they also operated at a slower pace. Their joints hurt too! They’re dealing with doctors more than they wanted too! My aches and pains were very compatible with theirs.

ArtsATL: What are some of your favorite memories of Nelle and Alice?

Mills: The sisters loved to laugh, had a dry wit and knew how to turn any country drive into an adventure. When Nelle would tell stories, her laugh would wash across the room. Then she’d compose herself to finish telling the story. I also really appreciated Nelle and Alice’s eclectic, close-knit circle of friends in Monroeville, and my memories of my time with them and their friends are among my favorites.

ArtsATL: You had several conversations with Nelle that were off the record. Did you find it difficult to craft a narrative with these exclusions?

Mills: Actually, I had the opposite problem — I had a wealth of good material and the challenge was to figure out what to include in the book. The sisters opened themselves up to me in their own time. I just had to let the river flow, develop its own course and give my relationship with them a chance to evolve.

ArtsATL: What do you think will be To Kill A Mockingbird’s greatest legacy?

Mills: The legacy of the book lives on in the people of Monroeville, like Nelle’s father, A.C. Lee, who was the inspiration for Atticus Finch, and in Alice, who was still practicing law in her 90s. Alice’s natural devotion to community, church and law, and the confluence of these three institutions, are deeply reflected in the novel. I think, too, its legacy is the pure pleasure of language, the powerful way Nelle captured civilization in miniature, and how she beautifully rendered the perspective of a child.