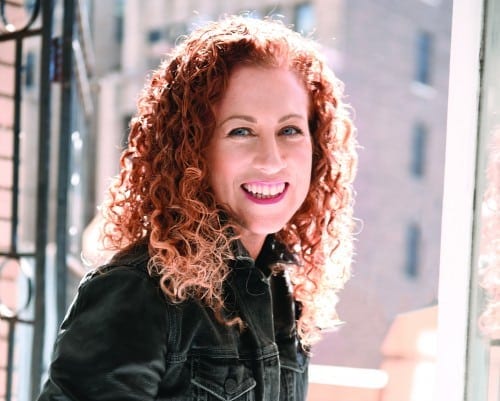 Jodi Picoult, author of more than 20 books and a self-described workaholic, has been known to start a new novel the day after completing the last one.

In her latest, the compulsively readable Leaving Time, she tells the story of 13-year-old Jenna Metcalf, a young girl on a quest to understand why her mother Alice, an elephant researcher, mysteriously disappeared a decade earlier. Picoult weaves chapters of Jenna’s search for her mother in between Alice’s old journal entries, which document both elephant behavior and her troubled marriage.

With very little information to go on, Jenna must recruit a troubled psychic named Serenity Jones and Virgil Stanhope, an irritable private investigator, to retrace her mother’s life and revisit the night of her disappearance.

Wielding her signature suspenseful prose, Picoult has crafted an absorbing narrative examining the unique bonds within a surrogate family, the psychology of grief and the desperate lengths a daughter will go to reunite with her mother.

Picoult will appear at 7 p.m. October 22 at the Atlanta History Center.

ArtsATL: In Leaving Time, you explore both elephant and human cognition. What inspired you to draw this connection?

Jodi Picoult: I have three children and my youngest, a daughter, was getting ready to go to college. For the first time, I was facing an empty nest. At about this time, I came to know that mother and daughter elephants stay together for their entire lives until one of them dies, and I thought about how evolved this was. Why don’t we as humans do this?

After a little research, I learned that elephants, like humans, possess a sophisticated understanding of grief and engage in particular rituals to mourn death. It inspired me to have Alice, the elephant researcher, shift from studying hard science about elephants to studying the softer science of empathy, memory and grief in elephants.

ArtsATL: How did you go about researching the book?

Picoult: First, I worked with Abigail Baird, a professor from Vassar who studies human emotion and cognition. We traveled together to Hohenwald, Tennessee, to the Elephant Sanctuary, a 2,700-acre natural habitat refuge for ailing Asian and African elephants that have performed in circuses and lived at zoos. All of the stories about elephants in Leaving Time actually happened to real elephants at the Elephant Sanctuary.

A few months after visiting the Elephant Sanctuary, I visited Botswana, where I studied elephants from the Tuli Block [the easternmost point of Botswana bordering both Zimbabwe and South Africa]. I learned firsthand about the practice of “allomothering,” a kind of surrogate parenting in elephant herds, whereby even nonmother females in the herd act as mothers to the elephant calves.

One day, the researchers and I drove down into a dry riverbed and inadvertently separated an elephant from its herd. The matriarch and her newest calf stood on one side of the riverbed and a female juvenile elephant, about six or seven years old, was stranded on the other side. Fearing harm to the calf, the juvenile elephant charged our vehicle and trumpeted. Even though this young elephant was nowhere near ready to be a mother, she was already practicing how to defend a younger calf.

I’ve re-created this same concept of allomothering in Leaving Time among its human characters, Jenna, Virgil and Serenity.

ArtsATL: You also explore the relationship between psychic powers and mental illness.

Picoult: To research the character of Serenity, the psychic, I interviewed Georgia native and psychic Chip Coffey. His professional experience in a psychiatric ward has led him to believe that there’s a very fine line between psychic ability and mental illness, and that sometimes people diagnosed with mental illness actually possess some sort of paranormal ability. So I wanted to pursue this thread in the novel.

ArtsATL: Most, if not all, of your novels, including Leaving Time, have a very unexpected twist at the end. Given how many novels you’ve written, does it get more difficult to come up with endings your readers won’t anticipate?

Picoult: Generally, when I conceive the idea for a story, I already know the ending so I’ve already worked out that last hook. And I don’t see it so much as a twist but something that will crack open the reader’s mind in a different way. 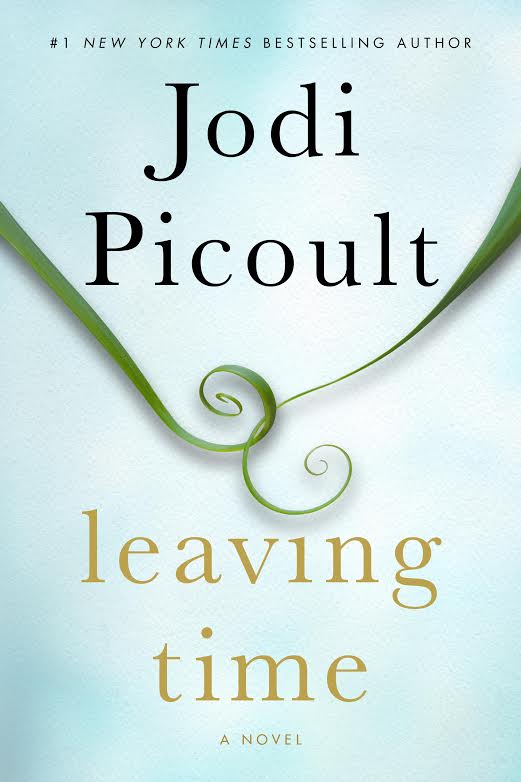 ArtsATL: Several of your novels are based heavily in science. You’ve written about everything from osteogenesis imperfecta to organ transplants to autism. If you hadn’t become a writer, would you have become a scientist?

ArtsATL: You’ve written before about animals and animal conservation. What about animals makes them a compelling subject matter for you?

Picoult: I like writing about animals because they surprise me. I have four dogs, donkeys, chickens and geese—we have a menagerie at our house! But what I love is the idea that we as humans don’t corner the market on emotional connection. And that’s certainly true about wolves, the inspiration for my previous novel, Lone Wolf.

Picoult: The book I’m writing is about race in America in the present day. Earlier this year, I came to Atlanta to interview Dr. Beverly Daniel Tatum, the president of Spelman, as part of my research. Most white writers who write about race do so from a historical perspective, such as slavery, because it’s very safe. But no one wants to touch contemporary racism in America right now. What I’m really hoping to do is write a book not for my fans of color — who already know and understand these issues — but for my white fans who may not have realized how fortunate their lives have been simply because of the color of their skin.

ArtsATL: And it’s such a timely topic, given what happened recently in Ferguson, Missouri.

Picoult: It’s very timely. And unfortunately, by the time this book comes out, there will be another tragedy like the one that happened in Ferguson. I wish, by then, racism would be obsolete. But that’s just not going to happen.