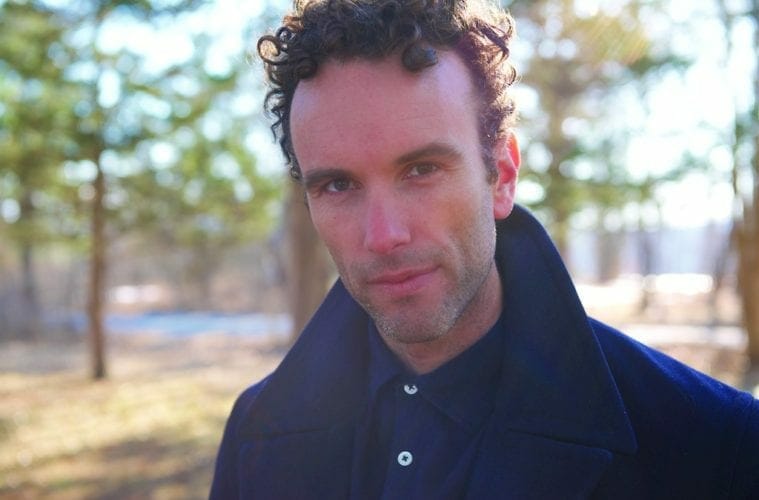 Writer, journalist and former Marine Elliot Ackerman speaks about his new memoir, Places and Names: On War, Revolution, and Returning, this Thursday, June 20, at the Atlanta History Center as part of the Sidney Isenberg Lecture series. (Photo by Huger Foote)

Q&A: Elliot Ackerman on reflection, memory and the ways a war can change us

Lieutenant Elliot Ackerman was halfway through Operation Phantom Fury in the Second Battle of Fallujah (November 7–December 23, 2004) — a battle in which 95 American service members died — when his company commander told the Marine that he was both the luckiest and unluckiest lieutenant he’d ever met. The luckiest because Ackerman had experienced the largest battle the Marine Corps had fought since the Vietnam War, the unluckiest because everything that would follow for the 24-year-old rifle platoon leader would likely seem inconsequential.

Ackerman went on to serve five tours of duty in Iraq and Afghanistan, and was awarded the Silver Star, the Bronze Star for Valor and the Purple Heart. After returning to civilian life following eight years in the military, he continued to reflect on the realities of war as a journalist, essayist and novelist.

Ackerman’s new memoir, Places and Names: On War, Revolution, and Returning (Penguin Press), chronicles his return to the Middle East in an attempt to remember the people, places and experiences that shaped him there.

In advance of his conversation with Atlanta Journal-Constitution editor Kevin Riley at the Atlanta History Center this Thursday, June 20, Ackerman granted ARTS ATL a phone interview to talk about America’s wars in Iraq and Afghanistan, what it feels like to be an exile at home and the most insidious aspect of PTSD.

ARTS ATL: Have you always been inclined to look back and remember? Or is remembering more a way to recognize, respect and honor the friends who no longer have that option?

Elliot Ackerman: I didn’t know I was writing this book. I happened to be traveling in London with my girlfriend [novelist Lea Carpenter], and we visited the National Portrait Gallery. While standing in front of a painting of Edmund Burke, a British intellectual who wrote Reflections on the Revolution in France, Lea, who is much smarter than I am in all things, said, “Burke wrote about the French Revolution as a way to understand the failed British experience in the American colonies 10 years prior. And you’ve been writing about the Syrian civil war for the past 10 years as a way of reckoning with America’s failed experience in Iraq and Afghanistan. When you look at one experience and another experience looks back at you, that is a reflection.”

ARTS ATL: Five tours of duty gave you a perspective on the mindset of insurgents in the Iraq War — where success meant not losing, as opposed to the American objective of winning — and the mindsets of Afghan insurgents who would say, “You Americans have the watches, but we have the time.” Do you think Americans have reconciled those truths?

Ackerman: I think the larger question is, what is the level of engagement that Americans have had with these wars? Our engagement, particularly as the years have gone on, have become relatively low. I believe it’s because Americans haven’t had to fight in the wars because there’s been no draft, and we haven’t paid any additional taxes in these wars because they’ve been funded through our national deficit. That’s made these wars pretty easy to fight, and led to a pretty substantial civil-military divide in our society.

ARTS ATL: You have been asked what were the worst/bravest things you saw and whether you’d killed anyone in combat. But only one person has asked when you were most afraid in Iraq. Do you think that civil-military divide has desensitized civilians to the point where a person’s status as a soldier precludes their humanity?

Ackerman: One sentiment that has been expressed to me — and I believe people always do this with the best of intentions — is to say something to the effect of “I can’t imagine what you went through over there.” My response to a question like that has always been, “Sure you can. You can imagine what it’s like to be very afraid or lose someone who you love.” But, to me, that idea of “I can’t imagine what you went through there” is almost disempowering because it’s almost saying, “I believe you’ve had an experience that is so profound, it has forever changed you from the person you were before you went to war into this person you are after. . . . It’s made you unrecognizable.”

And if you can’t go back to being the person you were before, in some ways, it means you can never really come home. ARTS ATL: Could any soldier’s story have prepared you for this post-war purgatory?

ARTS ATL: Given your position on the disproportionate burden borne by the people most likely to volunteer for military service in the United States, do you believe the vast majority of Americans can be trusted to grieve for fallen or injured soldiers and their families?

Ackerman: I think the more proximate you are to the experience, obviously, the more intense the emotional investment is. One of the things we’ve done as a nation in how we have organized our most recent set of wars — with an all-volunteer military and funding them so nobody pays any taxes — is we are operating in a position right now of moral hazard . . . where it’s become very easy in this country to go to war and remain at war. I don’t think that’s a healthy thing for a democracy. I hope that, sooner rather than later, we’ll start to reflect on some of the more profound questions about how we go to war and return this country to a state of peace.

ARTS ATL: In your memoir, you write that the imagination is a dangerous trap for a fighting man. But if imagination is an expression of intelligence, and intelligence is the one thing that might keep a soldier alive in combat, how do you convince your troops to shut down their brains while literally fighting for their lives?

Ackerman: I could never try to convince anyone to do anything. Everyone who was able to function in the height of combat situations did so by not allowing themselves to imagine some of the very bad things that could happen to them by just suspending disbelief, allowing fatalism to take over and understanding that there’s nothing they could do to control what would happen to them. That was a calculation, or a bargain, that every person seemed to quietly make with themselves. If you couldn’t, you weren’t able to keep on.

ARTS ATL: In one passage about Fallujah, you describe soldiers having the presence of mind to press themselves against a wall and open their mouths so the over-pressure of bombs dropping overhead wouldn’t rupture their eardrums. Is it exhausting having to explain such extreme scenarios to non-veterans when coming home from war?

Ackerman: No. It’s not exhausting to me.

I’m a writer — that’s how I make my way in this world. What energizes me and where I derive my optimism is by trying to connect with people across varied experiences. If you — who, it sounds like, [doesn’t] have any experience with this kind of thing — find it interesting, then I’m happy that we made that connection over that small and quirky point.

The experience I describe in that chapter is akin to having to yawn really wide to avoid ear pain when landing in an airplane, times a lot more. Over-pressure is like a shock wave from a bomb. If one lands very closely to you, it can rupture your eardrum. They say if you can leave your mouth a little bit open versus clenching your teeth shut, the shock wave can pass through you more easily.

ARTS ATL: After witnessing the unimaginable, what makes soldiers redeploy despite all odds — including going against the wishes of parents, partners and children?

Ackerman: I think the reason many people redeploy is for each other. My best friends in the world were the people I worked with and deployed with. When I came back from one deployment, there was always the question, “Are you going to go on another one?” It became difficult to look to the people I cared about most in the world and say, “No, I’m done.”

Because these wars have gone on so long, each of us who’s left them have had to declare a separate peace. Vis-à-vis my children, I reached the point where I felt I had done what I’d wanted to do in the Marines, and my obligation now was to the two of them.

ARTS ATL: When most people think of PTSD, the aftermath of bodily and psychic harm comes to mind. But you say the more insidious danger is the sense of purposelessness associated with giving up the war.

Ackerman: We derive our happiness and meaning in life from having a sense of purpose. But when you go to war at 19, 20, 21 years old, very early on you develop a pretty dysfunctional relationship with purpose because the purpose you have — guarding a hilltop outpost in Afghanistan or protecting a neighborhood in Baghdad — is extremely intense and crystalline. If purpose is the drug through which we derive our happiness, you are freebasing the crystal meth of purpose at a young age.

Eventually, you come home, look around and have to repurpose yourself. What are the options? Going back to college, getting a job, selling real estate, working at Home Depot?

Now you’re just drinking the Coors Light of purpose as opposed to freebasing the crystal meth of purpose. A certain kind of depression sets in when people realize they’re going to spend the rest of their life sitting on their front porch drinking Coors Light.

The phenomenon is not unique to veterans, though. World-class athletes and artists who achieve great success early in life also have to reckon with the descent after having viewed the peak.