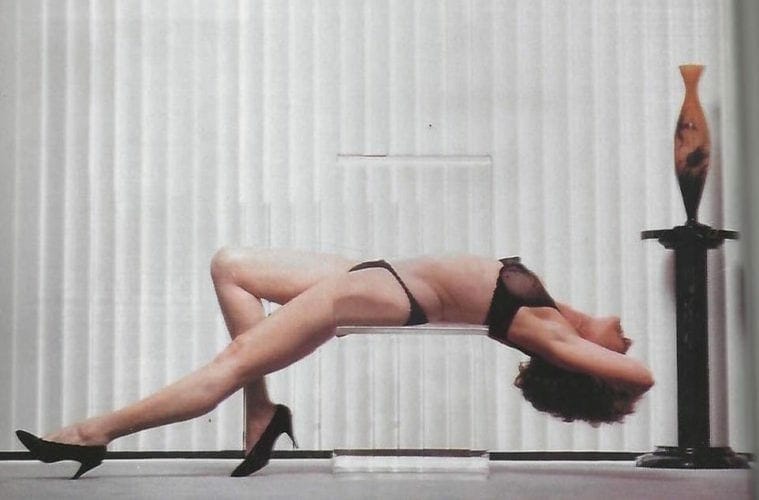 Fay Gold, back in the gallery biz: “A day without art is a wasted day”

Fay Gold is a pioneer and provocateur who shook up Atlanta’s cultural life by bringing contemporary art to the city as an educator, consultant and director of a self-named gallery that was open from 1980 to 2009. Nearly 40 years later, Gold’s status as a player is rock-solid. She’s now presiding over the newest iteration of Fay Gold Gallery and Besharat Museum Gallery in Castleberry Hill. My Favorite Things, an exhibition of gouache paintings and prints by artist, illustrator and author Maira Kalman, opens there June 21 and continues through August 30. It’s timed to coincide with Kalman’s concurrent exhibition at the High Museum of Art.

By her own admission, the South Carolinian raised in Brooklyn came to Atlanta kicking and screaming when her husband’s manufacturing plant relocated. “What I saw when I came here from New York in 1966 was shocking in terms of how people thought of art,” says Gold, then a painter and student of Zita Querido, an abstract-expressionist painter and protégé of Hans Hoffman. “Even young people were still decorating their houses and living like their grandmas. They didn’t want change in the South. They wanted to think that they had heritage and prestige.”

Determined to find out what came next in a culture clinging to the past, Gold built a small studio behind her Atlanta home. She painted there after putting her three young children to bed every night. She entered, and won, juried competitions with her politically themed paintings. In her downtime, she taught art classes. Her first student was a 10-year-old neighbor. “Back then, I was Mrs. Gold who taught in the backyard,” she says. “Nobody took me seriously.” The newest iteration of Fay Gold Gallery at 161 Mangum St. SW in the Castleberry Hill section of Downtown Atlanta

Within a decade, Gold’s student roster grew to 60 children and adults, all eager to see the world from a new perspective. They asked to join her on trips to New York and Washington, D.C. — a first for many — for museum tours, gallery hops and private visits with artists, collectors and patrons. They paid attention when Gold, going on gut instinct, invested $5,200 in the Jean-Michel Basquiat diptych Untitled (Pollo Frito) during his first solo show in SoHo. (The piece earned $26 million at auction last winter.) They sought her counsel when making major modern art purchases. And when she opened her first gallery, hundreds showed up in support.

“I thought the world saw things the way I did before it dawned on me that I could get paid for the way I saw things because I was born with a visual gift,” says Gold. “A door opened, I walked through and found my way to make a difference in the cultural life.”

Not everyone was thrilled with the changes, though.

As Gold’s reputation for risk-taking spread, so too did the vitriol. She shakes her head at the death threats, protest letters and phone calls that poured into the gallery when she mounted avant-garde exhibitions or brought pieces like Andres Serrano’s Piss Christ to Atlanta. This was in the late 1980s. Gold nails a deep Southern drawl when impersonating one outraged caller who stated, “I guess you don’t believe in Jesus . . .” before hanging up.

Gold has not lost her edge in the intervening years.

Today, everything about her says punk, from her black-lacquered nails filed to sharp points to her bedazzled iPhone case. While contemplating the 96,000 unopened emails slowing her operating system, she asks, “How do you get them off?” before adding, “now you know how old I am” with a laugh.

Gold is 87 but channels the excitement of a seven-year-old whenever graffiti-covered boxcars come into view from the rear windows of her gallery. She’s a disrupter who routinely advises clients against purchasing works of art that confirm their ideas or make them comfortable. “Never buy anything that you understand at first sight,” she says. “It’s like with a person. If you figure them out right away, that’s boring. You want a piece of art that has different story every time you pass it. As you get older and change, you want it to change with you — like a great novel that gets better the longer you’ve lived.” She dismisses the idea of forced retirement, saying her longevity strategy boils down to exercising her body and mind to prevent atrophy.

“No, you think you’re 16,” daughter Ames Fisher interjects. Fisher is assistant director at the gallery and lovingly remembers her mother as the “cool, hip mom — probably hipper than me –who was the first to embrace a trend whether it was in food, health or fashion. I think people used to be intimidated to walk in the gallery because Fay is so successful and beautiful, but she’s also very funny, down-to-earth, approachable and relatable.”

Gold’s identity as a gallerist is so central to her life and self-perception that she claims a day without seeing or talking about art is a wasted day. Her perpetual curiosity about the meaning of art is arguably what keeps her relevant in a paradigm that’s always on the lookout for the next big thing.

“Art is a search for who you are through gestures and mediums,” she says. “It’s a physiological journey that is expressed not in words but in clay, glass, paint or an installation.”

For her, that’s a journey that never gets old.