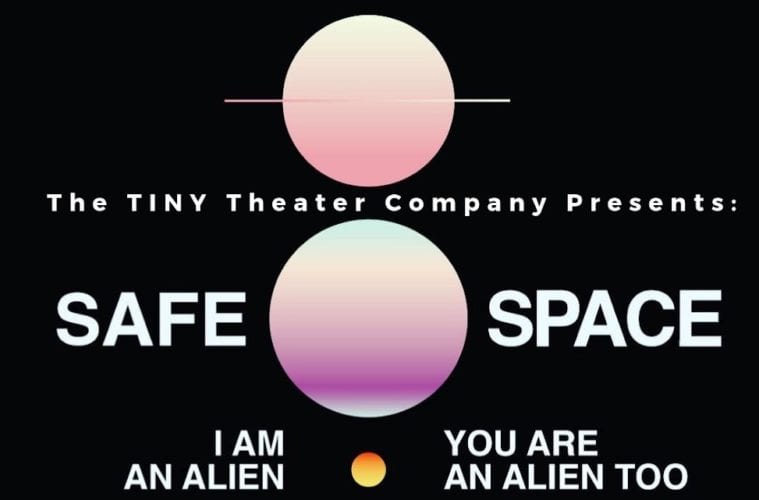 For all intents and purposes, Cyd Prather is The Tiny Theater Company. In addition to creating and founding the company, she takes care of marketing, production, set and light design and direction for the shows. And she does all of it toward a singular goal: to create opportunities for young artists, particularly artists of color.

Cyd graduated from Savannah College of Art and Design (SCAD) and noticed that opportunities for young black artists were comparatively lacking when stacked up against those of their white counterparts. With the desire to see herself represented in all forms, as opposed to the side characters that she noticed black performers being left to, she created The Tiny Theater Company out of a 500-square-foot studio space. Now in its second season, The Tiny Theater Company is in the middle of rehearsing for its upcoming production of Hamlet and preparing to mount its signature event, Safe Space, at the Windmill Arts Center on May 31–June 1.

We asked Cyd about the process of creating The Tiny Theater Company and the importance of safe spaces in theater.

ARTS ATL: Can you tell me a little about your theatrical background pre-Tiny Theater? Cyd Prather, founder and producer of The Tiny Theater Company

Cyd Prather: I was always in the theater. That’s what I chose over friendship and going to the movies; I was in rehearsals, I was auditioning. Then, I went to SCAD to major in performing arts, and that is kind of when I noticed, “Wow, I’m not getting cast in anything. I’m not able to act.” It was like everyone who was getting cast was a white person. . . . I went to college to be an actor, and there were no opportunities. I’ve done a LOT of improv; I went to London for improv.  Then I started directing, and I’ve been directing and producing.

ARTS ATL: What kinds of shows does Tiny Theater hope to do? What do you look for in a production or season?

Prather: I just did auditions for Hamlet. We had about 30-plus people come out to that, which is really cool. We also have Safe Space coming up on May 31, which is a performing arts exhibition. I’m basically turning the entire theater into outer space, and the idea is to take your safe space with you. I invite artists — musicians, dancers, poets, speakers and multimedia artists — to create pieces based on sex, politics, race and religion. Then, Hamlet is in August.

ARTS ATL: Are casting calls predominantly for people of color, or are they open to everybody?

Prather: It’s anybody. When I go in, I’m not just like, “Only black people!” But to be honest, I’m a very black person, and I grew up in a very black environment. So, [that’s] just what I’ve been attracting. I’ve been advertising, you know, “Everyone, everyone come!” But it’s just mostly people of color who come out to the auditions. This is only my second production, so we’ll just kinda see what happens as I go on. I would very much like to create an environment where everybody is represented.

ARTS ATL: Why would you say that it’s so important for young artists to have access to companies like Tiny Theater?

Prather: Opportunity — and everything is paid. A lot of my friends are my age, and they just graduated, and we can’t get paid opportunities. They’re like, “You have to have more experience to get paid,” but like, how do I get more experience but also survive and make a living? It’s important just to have a space where you can be young and also free to create. You don’t have to be a certain way; I want you to be as big as you can be. Play a character you want to play; play the type of Hamlet that you want to play.

ARTS ATL: Aside from the performance of the same name, what does “safe space” mean in relation to The Tiny Theater Company?

Prather: I tell my actors this: “If you don’t want to smile, don’t smile. If you have to go be in a corner, go be in a corner.” You can be your most honest. You are at your best even at a zero.

I think [it’s] also my language. I’m very particular with the words I use, so you know, not assuming that everyone is a “he” or a “she,” just trying to be aware. I’m also a very sensitive and empathetic person. Whenever I go to auditions or rehearsals, [I ask], “What is it that you need right now?” I try to read the room all the time; I never assume. Ask questions, and lead with honesty, lead with pure intentions.

ARTS ATL: What can we expect going forward?

Prather: In this season, expect live music; Hamlet is gonna be a live hip-hop version [running August 31–September 1]. I would say, expect more blackness — and I don’t want that to mean that no one else is invited. It just means that when you come, you will be a part of a black family just because that’s who I am. Shakespeare I’m doing because it’s free right now.

[Next April], I’m also producing this playwright from Canada. I met her through the Atlanta Black Theatre Festival, and she sent me an email because she’d seen our production of Romeo and Juliet. She just invited me out to see the play; it’s called The Negroes Are Congregating, and it’s a one-act. [It’s a] very, very funny, brilliantly written play with three actors, and it’s just a very real representation of black culture in America. And it’s cool because they’re in Canada, but it’s very much the same — they’re talking about the same things that we’re dealing with over here. So yeah, they’re just really cool people, really brilliant artists.