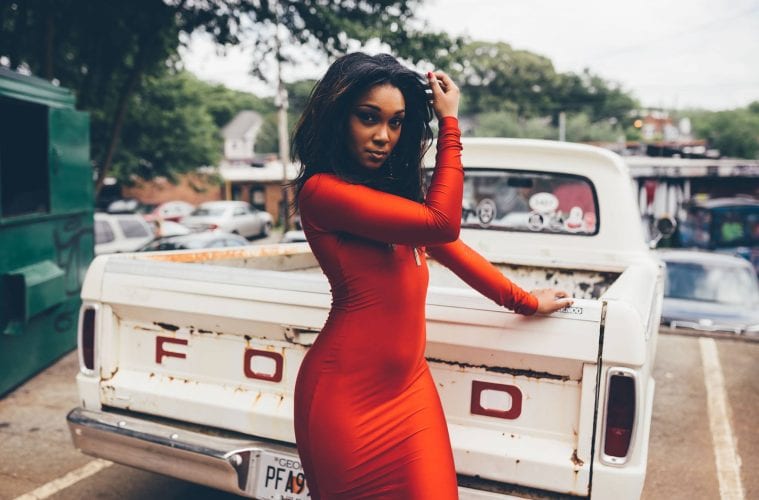 The lineup at this weekend’s Music Midtown festival boasts some of the biggest names in the business. But we at ArtsATL were especially curious to catch sight of a name we hadn’t come across before, that of emerging Atlanta artist Lyric Rachae, slated to open the Roxy Stage on Sunday at 12:30 p.m. We caught up with the 22-year-old singer on her way to rehearse with her band at Crossover Entertainment’s rehearsal studios so we could ask about her music, growing up in Atlanta and how it feels to share a hometown bill with the likes of Janelle Monáe, Kendrick Lamar and Imagine Dragons.

ArtsATL: What are your thoughts right now as we’re just a couple days out from Music Midtown?

Lyric Rachae: Oh my gosh, I am feeling everything I could possibly be feeling. Of course, I’m excited. I kind of feel like I’ve been — I call it “the incubator.” I’ve been working, creating, learning, just being inspired by so many artists. It’s all just really prepared me for Music Midtown. I’m really excited because some of my absolute favorite artists are going to be there at the festival the day that I’m performing. Janelle Monáe is one of my biggest inspirations, and she goes on a couple hours after I perform. I’m on the same stage as Imagine Dragons. I’m just really excited. It’s going to be a lot of fun. 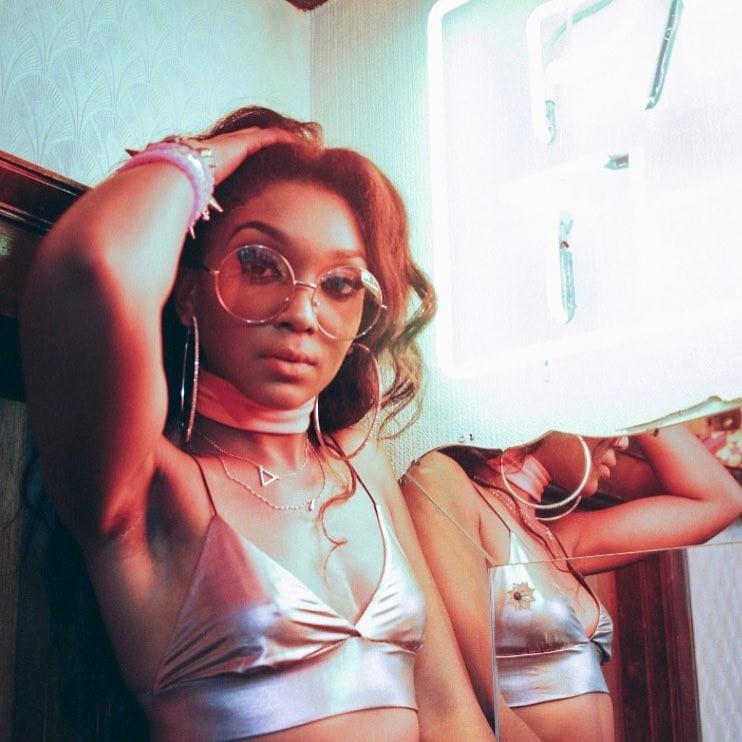 ArtsATL: For festival-goers who haven’t heard your music before, how would you describe your sound?

Rachae: I am a pop-rock artist with an R&B influence. My father is an R&B singer, and I grew up listening to Marvin Gaye, Al Green, the Isley Brothers. That really influenced my writing and my storytelling. However, when I step on that stage, I rock out. I’m electrified. I’m excited to be able to bring my band with me to Music Midtown. I dance, as well, so I have my dancers with me for the festival. I have a lot in store. I’ll be debuting a lot of new music. My single Bad Decisions releases Friday. We’re excited to get it out and debut it in my hometown.

ArtsATL: I was interested to learn from your bio that you did a lot of musical theater in Atlanta growing up as a kid. Can you tell me about that?

Rachae: Before I was 10 years old, I was doing competitive cheerleading. I told my mom, “I don’t want to do this. I just want to dance and sing.” The first theater I was involved in was called the Lyric Theatre. It was my very first introduction to singing and dancing and acting and being on stage. Throughout middle school and high school, I also did a lot of musicals. I was able to do The Wizard of Oz here at the Fox Theatre. I was a Munchkin, a Poppy, a Flying Monkey and an Ozian. I was able to be part of another show at the Fox Theatre. Big Boi did a ballet [2008’s big with the Atlanta Ballet]. I look at that show as a theater piece. The choreographer Lauri Stallings had us doing some really theatrical movements. I was in high school musicals every year. The biggest one for me was Chicago. I played Velma. I love that musical. So much fun.

ArtsATL: You’re a Berklee College of Music alumna, and your gig at Music Midtown comes through Berklee’s Popular Music Institute. When people think of academia, they tend to think of classrooms, schoolbooks, exams, but they think of popular music in a totally different way. How do those things come together at BPMI?

Rachae: Berklee is the world’s best school for contemporary music. What I love about the BPMI in particular is it really trains students on the artistic side and on the behind-the-scenes management side, what it really takes to be in the industry, which is why I was so thankful they called me after I finished school to do this festival. The students that are involved aren’t just thinking, “I’m a student in school studying.” They’re thinking, “This is what I want to do.”

ArtsATL: I love the title of the upcoming single you mentioned, Bad Decisions. Can you tell me about that?

Rachae: Thank you! When I went out to LA recently, it was really just a time of finding myself. My mom, who is my greatest supporter, was always saying, “Lyric, how’s it going out there? Are you taking care of yourself?” It just got to a point where I was like, “I’m out here. I just want to make some of my own decisions.” I felt like: I need to live a little bit on my own. I need to go out. I need to meet some people, and I don’t need to call my mom and tell her how it went. I want to go out and maybe spend my check at a bar when I know I should probably save it for something else. I just want to make some decisions that I can call my own. I can say, “Hey, I made this decision. It might be bad one, but either way I’m going to learn from it, and I’m going to find my way through it.”