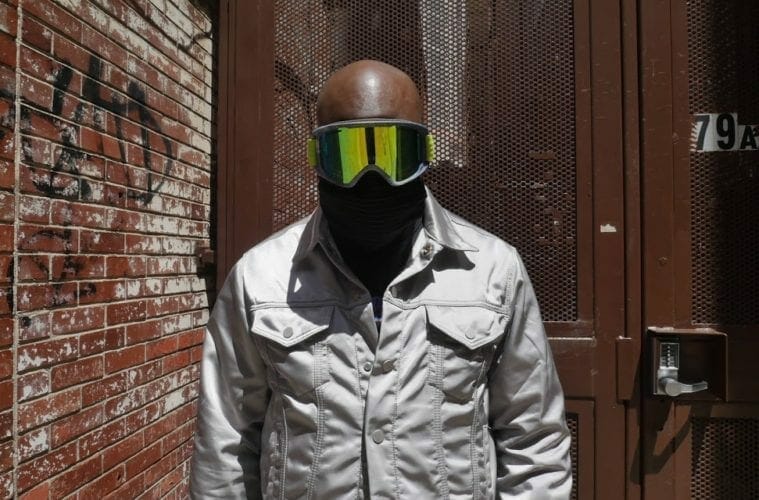 Awesomeisjayell grew up in Atlanta, but has New York City influences as well.

Q&A: Atlanta rapper Awesomeisjayell on his new album “Fight Off the World”

About 12 years ago, Atlanta rapper Awesomeisjayell went by Jay-L. At the time, he was listening to the legendary Jay-Z and Big L Hot 97 freestyle often while driving his 1993 red Chevrolet Silverado. He liked the freestyle enough to put the two names together and use that as his own rap name. Awesomeis, the missing piece to the alias, was influenced by Biggie’s Notorious B.I.G. moniker. Thus, Awesomeisjayell achieved its final form.

His third album, Fight Off the World ,was recorded in his home studio. The album floats inside some kind of an ethereal realm where the vocals, auto-tuned and modulated, don’t always cling to the self-produced music. There’s almost a thin layer between the vocals and the production that make Fight Off the World a unique if not jarring listen.

Awesomeisjayell recently spoke to ArtsATL about his childhood introduction to record stores, the intersection of art and sound, and what’s next for him. Awesomeisjayell: My mom used to take me to a record store that was in Morrow off Tara Boulevard. It used to be in front of the entry of Southlake Mall. What usually used to happen was we would be riding in the car. We would hear a song. We’d say we were going to get that song. We’d go to the record store on the weekends and get that actual record. I remember when we first heard Master P’s “Mr. Ice Cream Man.” We listened to that on the radio. That’s one of the first singles Master P ever put out.

Awesomeisjayell: Both. I made the album to inspire people to fight off the world. Being a human, you constantly have to prove to society how smart you are, how fast you are and how rich you are. There are all kinds of different stigmas out there that you have to combat with just to exist. If you are a person with courage or a person with confidence in yourself, as soon as you step outside, the world’s going to attack you. I’m very aware of the energies that come your way as soon as you step out. I made this music with that in mind. Every day is not a good day, even for someone confident. You could throw on this music, and it could reverse it.

ArtsATL: What is art to you?

Awesomeisjayell: Art is life. Art is life in general. I think music and film go hand in hand. They’re all parts of life. If I already deem life is art, I can take any piece of my life and put it in any kind of medium for it to represent me as an artist. I could be in my loft and take a picture of the wall and create a whole display of different perspectives, and that’s art.

ArtsATL: What was your idea for the album artwork here?

Awesomeisjayell: Just for the record, I don’t have a stylist. All of these ideas are mine that I put together. My confidence with style comes from the fact that I do whatever I want to do. I can put on anything, and that’s it. Doubt is what clouds your judgment. I let my heart lead with everything concerning style, fashion, or anything dealing with art. What I’m portraying is that this guy’s equipped to fight off the world.

ArtsATL: Why is Atlanta the best city for you to work in music?

Awesomeisjayell: As far as New York and East Coast music are concerned, that’s what influenced me to start making music. I grew up on Outkast, Pastor Troy, Master P, Lil Wayne —  all these Southern artists. It all changed around the seventh grade. I was in summer school, and I met this guy named Garrett from Miami. He listened to a lot of New York music. I didn’t really understand it, per se. I realized that they were coming from a different space. This guy Garrett broke it down for me in a way that made me give them a second listen. That’s when I became infatuated with them. That’s when I went to do my research on what they’re talking about. It taught me a lot about music. It inspired me to rap. When I started rapping, I was rapping like a New Yorker. A lot of people would tell me I sounded like a New York rapper. I had to consciously grow as an artist and be myself without the East Coast influence. The thing is, I had to sound how I really sounded. When you hear my music, you’ll be like, OK, you’re from Atlanta, but there’s something different here.