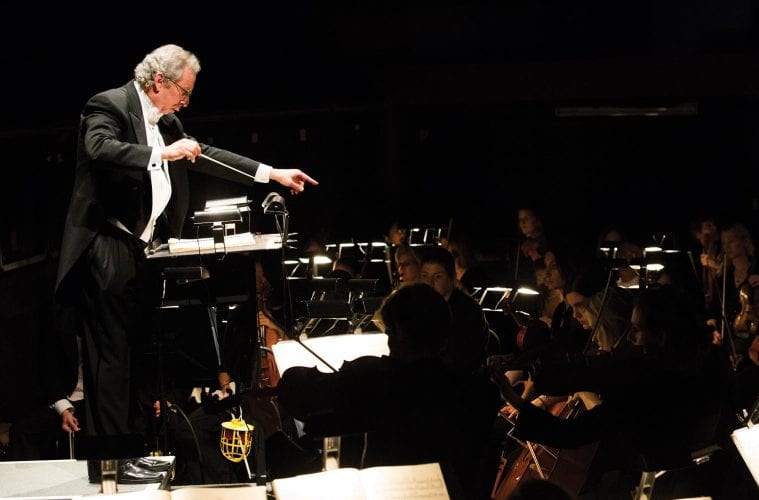 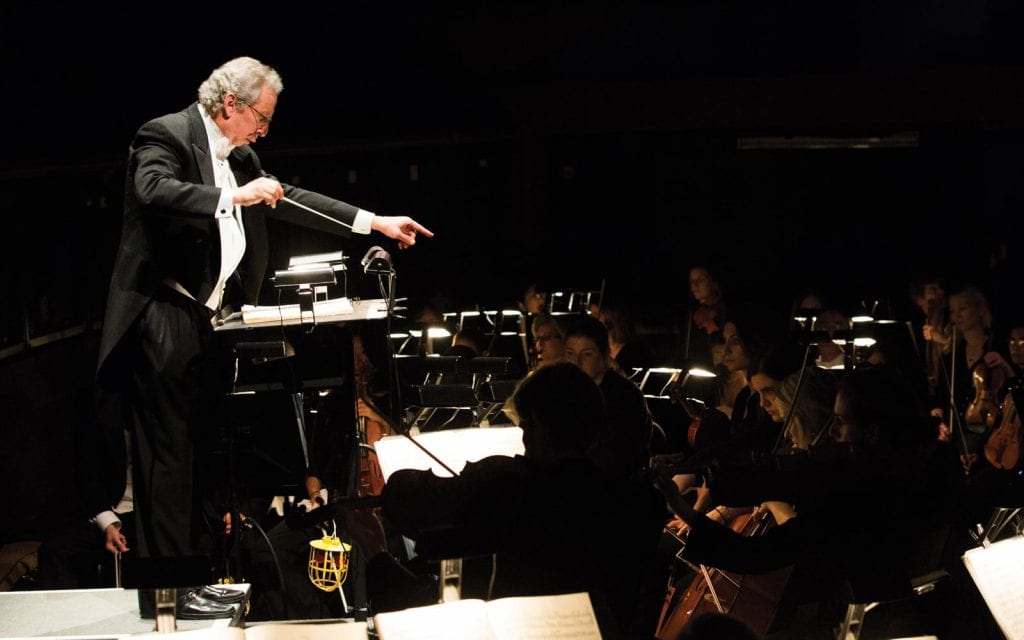 Fagan says a city such as Atlanta deserves a “major” opera company. (Photo by Jeff Roffman)

Among his professional posts, Fagen served as principal conductor of Kassel and Brunswick, as chief conductor of the Flanders Opera of Antwerp and Ghent, and as a staff conductor for the Lyric Opera of Chicago.

He was the music director of the Dortmund Philharmonic Orchestra and Opera from 2002 to 2007, then in 2008 was appointed as professor at Indiana University in Bloomington. Fagen has been music director of The Atlanta Opera since 2010. 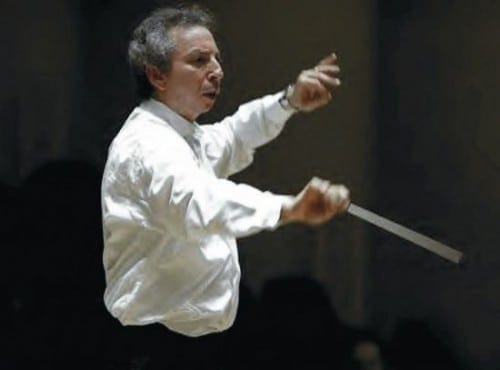 As The Atlanta Opera closes its season this weekend with Three Decembers (performing at the Alliance Theatre), ArtsATL spoke with Fagen about his work, his assessment of the orchestra and his optimism about the future of The Atlanta Opera.

ArtsATL: You’ve been music director of The Atlanta Opera since 2010, with a track record of guest conducting engagements with the company before that. Tell us about your role in the capacity of music director. What’s involved?

Arthur Fagen: I’m directly responsible for The Atlanta Opera Orchestra. I work in conjunction with Tomer Zvulun [general and artistic director] in terms of casting. I’m consulted also about repertory choices, but the ultimate decision as far as that’s concerned rests with Tomer. The chorus rests with Walter Huff. I’m also directly responsible for the musical preparation for the operas and try to integrate the elements into one unified whole, to make a performance that really brings the work to life.

Most opera encompasses the entire range of human experience and emotions. One has to be able to identify with that to communicate that, to bring it out of an orchestra and to work with soloists. With soloists, it’s also the interpretation of the text. With Italian opera, German opera, French opera, [there is] also a sense of the language. The language influences the music. That plays a very big role in opera. 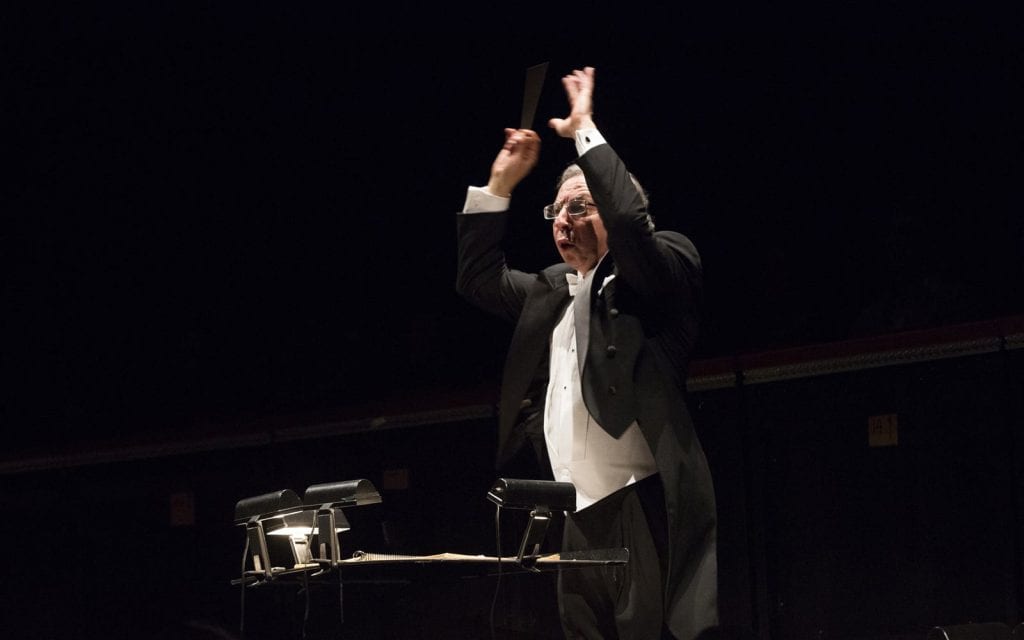 Fagen’s mission is to bolster the orchestra. (Photo by Jeff Roffman)

ArtsATL: Can you give us your observations on the development of The Atlanta Opera Orchestra, starting with your first engagement as a guest conductor.

Fagen: I didn’t know the company before. When Dennis Hanthorn (the previous general and artistic director) came aboard, I was the first guest conductor he invited for Traviata. At that time, there were certain weaknesses in the orchestra. I’ve only been music director from 2010, but even before that I conducted Traviata, Magic Flute, Flying Dutchman and Turandot. I’ve watched a gradual improvement.

We hold auditions and have made it a point of raising the bar so that anybody who comes into the orchestra will be at a level that will help improve it. My whole attitude when I rehearse an orchestra is twofold: to rehearse the opera and to work with the orchestra so that the level of the orchestra improves as well. I try to combine those two elements when I’m rehearsing.

ArtsATL: What would you like to see for the future?

Fagen: We’re in a period of consolidation now, but Tomer has been very successful in terms of his fundraising efforts [and] has a very good vision for the future of the company. After we’ve gotten to the point that we can expand [our season] to four or hopefully five main-stage productions, we need to stretch the repertoire. We need to look into important contemporary American opera, and then Wagner and maybe Richard Strauss.

That will also challenge the orchestra technically, because that’s an important aspect of orchestra building. It’s also very important to bring a good level of guest conductors to the orchestra who will also work with them. Diversity of repertory — also some very difficult repertory that has to be mastered — that will help also bring us to a new level. 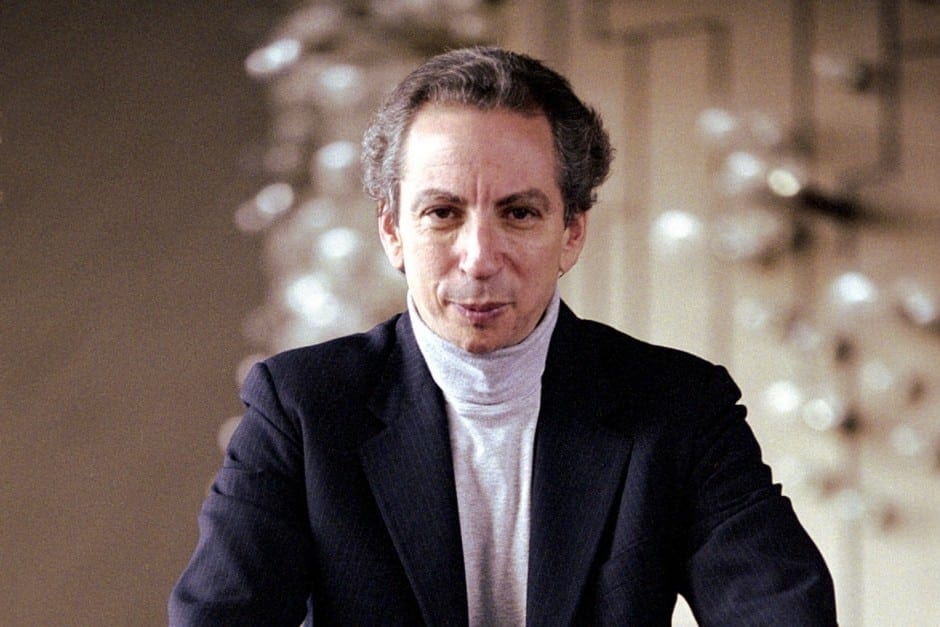 Fagen is hopeful for the company’s future.

ArtsATL: Simply to be able to expand to four or even five main-stage productions per year would automatically give you the opportunity for more improvement of the orchestra.

Fagen: Yes, because you have a greater diversity of repertory and greater continuity. Continuity is so important. If an orchestra gets together for three weeks and then doesn’t play together again for a month or two …

Fagen: We have seen a great increase in contributions over the last two seasons and we are well on the way to building a very strong foundation for the future. The bottom line is that a city of the importance and size of Atlanta should have a major opera company.

ArtsATL: What is the current status of the company in the world of opera?

Fagen: It’s a very good “B” [regional] company, but because we’ve brought in a lot of important European singers, we have a certain reputation internationally, too. In Europe, people think Atlanta is a good place to make an American debut.

ArtsATL: But the company is clearly not just importing European singers.

Fagen: I like the idea of finding a mix of singers: really talented young American singers; European singers who have major careers in Europe and need exposure in America; and older, established singers as well. Especially in this [season’s] production of Figaro we had a mixture of very young, mid-career singers and veteran singers.

Atlanta is typical of many regional companies that do a series of main stage productions [where] each one has its own on cast. Really, we do have a few local singers that we use a lot but we’re basically bringing in a new company of singers for every production.

ArtsATL: So for now, that basic model will stay in play, with the intent of expanding the season.

ArtsATL: That seems aimed at a somewhat different audience than, say, Figaro.

Fagen: Different kinds of repertory attract different kinds of audiences. Tomer understands what the desires are of the fairly conservative subscriber base that we have here, but he’s also quite a progressive stage director. I’d like to feel that it’s going to get to the point where there is such a trust between between him and the audience that he’ll be able to stretch them and push them in new directions. That’s what I’d like to see happen.