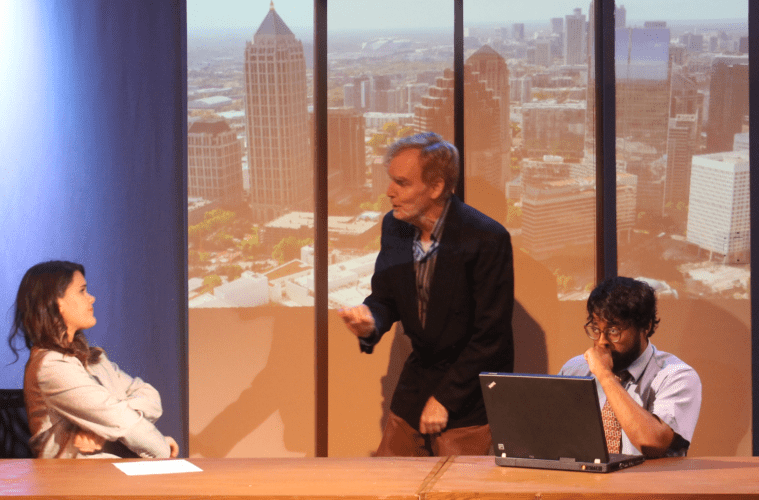 Artemisia Gentileschi (1593–1656), a real-life Italian baroque painter, received unprecedented recognition for her work and became the first woman accepted into the Florence Academy of Fine Arts. Earlier in her life, however, she was famous for bringing her painting instructor (and rapist) Agostino Tassi to trial. Transcripts from that trial survive and provide the basis for McClain’s script, which features Sasha Hatfield as Artemisia. 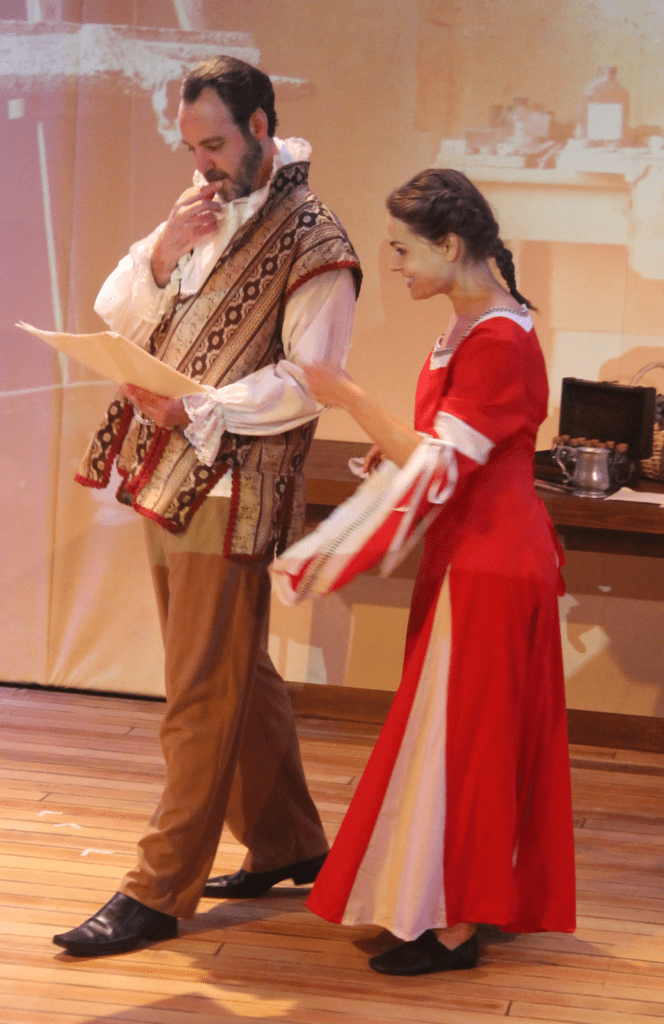 Fred Galyean as Agostino Tassi and Sasha Hatfield as Artemisia Gentileschi in the drama Slaying Holofernes, a world premiere at Essential Theatre (Photo by Elisabeth Cooper)

Artemisia’s counterpart, a fictional woman named Amanda (Erika Miranda), struggles to navigate her own workplace and the unwanted attention she receives there (a discomfort likely to resonate with at least some audience members). Amanda refuses an executive’s advances and loses her job; a merger is blamed, but she believes the executive did her wrong and resolves to seek justice.

The play’s title comes from a Gentileschi painting titled Judith Slaying Holofernes. Some art historians believe Holofernes was painted to look like Agostino as Gentileschi’s response to the rape.

Artemisia’s story begins with the painting lesson that results in rape. She’s left with no identity except victim. Amanda also lacks depth. The actor is required to jump from one confrontation to another, never able to establish who she is outside of — there’s that word again — victim. We even wonder if Amanda’s repeated problems are her own fault. 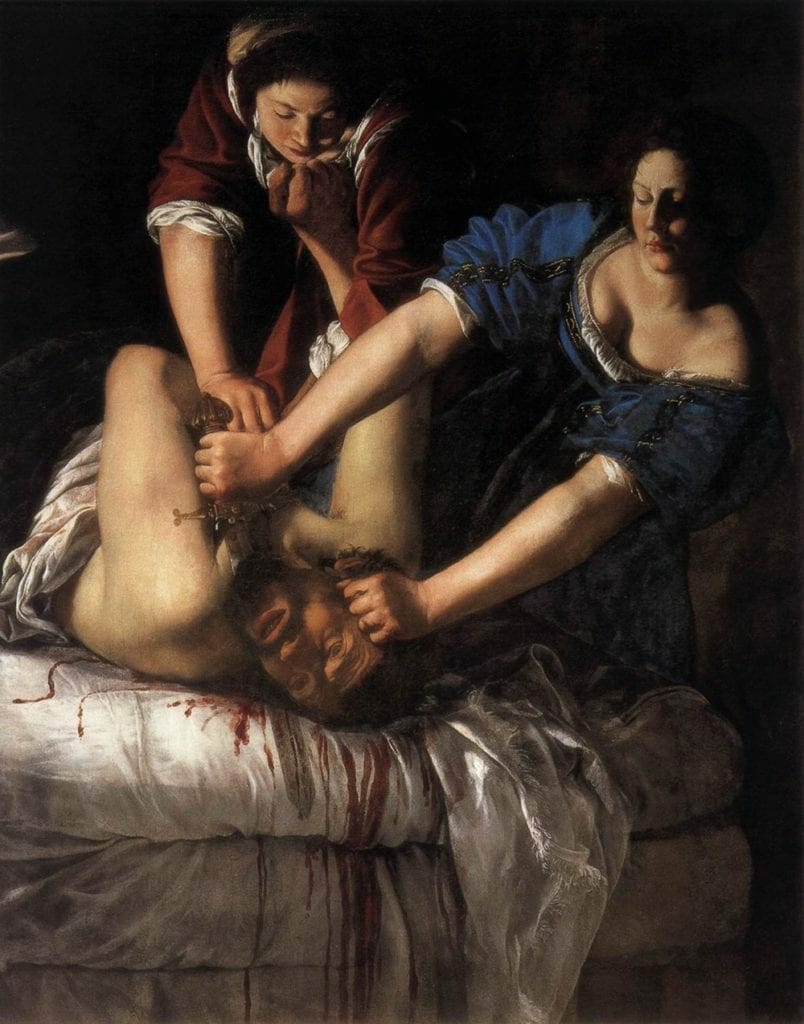 A detail of Artemisia Gentileschi’s painting Judith Slaying Holofernes, from which the Essential drama takes it title

McClain’s two-dimensional writing offers no chance for any of the eight ensemble actors to shine. They’re little more than plot devices, never fleshed-out human beings. The scenes are weak, the dialogue repetitious.

McClain takes the concept of history repeating itself too far. The tale could, perhaps, provide historical insight or give hope for change. Instead, Slaying Holofernes is a monotonous piece in which both protagonists eventually run from their problems.

When Artemisia and Amanda reach out to other women for help and support, they’re criticized and doubted. Although this may reflect some of today’s social beliefs, it also sends a message that victim-blaming is the only response to a cry for help. McClain’s play, written as the #MeToo movement ramped up, feels like a cheap way to capitalize on an era-defining issue rather than giving women a voice.

Even worse, the performance lasts 2.5 hours. The story requires constant jumps from one century to another, and director Hardy’s solution is unimaginative. He has a large stage crew perform painfully long scene changes that happen at frequent intervals. A simpler set might have kept some energy in the room, but the laborious transitions kill any momentum scavenged from the plot. The final three scenes are excruciating. Each could (and should) end the show but lead painfully into another slow transition.

Slaying Holofernes disappoints because its intriguing premise promises more than Essential Theatre can provide. The text needs rewriting, the story structure needs simplifying and it all needs an overarching purpose. Perhaps Slaying Holofernes can meet its potential in a future staging. This one, however, proves difficult to watch.