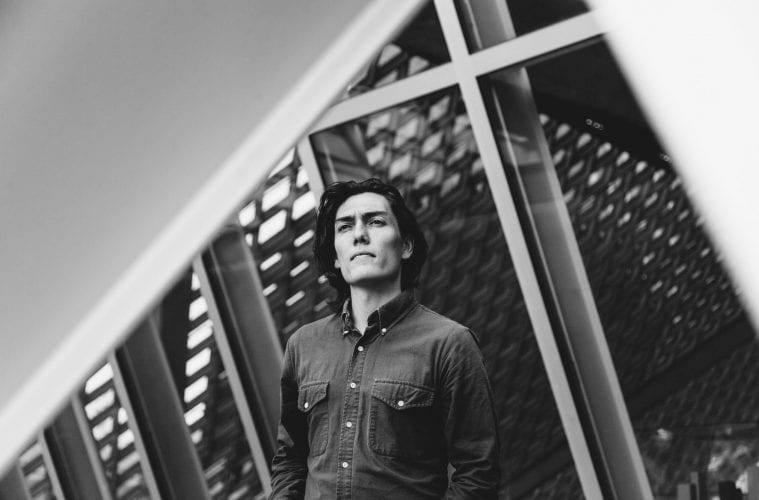 “Haunted” is a descriptor that tends to be overused with modern American Folk music, but few other adjectives befit the tonality and brooding depth of Valley Maker’s music. The project was founded by Austin Crane, a native of South Carolina, who composed the band’s first EP while finishing his master’s degree at the University of Kentucky. These days Valley Maker is based out of Seattle. Crane will be performing songs from the band’s first album, When I Was A Child, Tuesday, June 21, at Smith’s Olde Bar. We caught up with Crane over the phone as he was preparing to embark on his upcoming tour to talk about regionality, the songwriting process and endless evolution of song.

ArtsATL: Can you tell me a bit about composing When I Was A Child? You were predominantly writing in solitude while you finished your master’s degree, correct?

Austin Crane: Yeah, I wrote these songs during a season of life when I was working on my master’s, at least the majority of the songs, I’d say like eight or nine of the songs on When I Was a Child were written when I was living in Kentucky. A lot of that time in like a pretty big house out in the country and just working on my master’s thesis and, um, taking care of these dogs and writing songs. It was an introspective and natural process between me and myself and my guitar.

ArtsATL:  How have the songs evolved as you’ve performed them with a larger band and then solo again?

Crane: I do really like the idea of songs being like living organisms, you know, that they feel and take different shapes and take different forms. Honestly, these songs belong to people in different ways. Listeners get really attached to songs –– I get very attached to the songs that I listen to –– and I hope that the people who play with me find meaning in them.

For me, that’s why I’ve come to love touring. It’s a very exciting thing to explore these songs in different ways. There are certain songs like “By My Side” or “Pretty Little Lifeform” that I’ve played hundreds of times now and there are ones that people tend to want to hear in the set.

The songs feel really different to me based on who’s on stage with me, the space they are being played in, and like kind of what energy I’m getting back from the crowd. And I would say in that way, it’s been really meaningful for me to tour. Music is about more than myself . . . not in any grandiose way, but if I’m gonna make music my vocation, which I hope to do at least to some level, I really want my life to be about more than myself, and more than stroking my ego. There’s a lot of that in music.

ArtsATL: How do the other performers you play with change the music?

Crane: Amy [Godwin] and I have played together for a long time, and that’s like getting to play with her is such a joy and such an honor for me. Tours ahead are going to be a bit of more of a shifting lineup from tour to tour. I like the idea of the people playing the songs being an extension of community, or being the community that’s forming, and then sharing the songs with people.

That feels like a really nice thing to do with my life, you know?

I think I’ve wondered about music for a long time –– is it a selfish way to make a living? A selfish way to spend my time? It can be, in certain ways, and it’s always important to not make it about myself (laughs). Touring is a really nice opportunity to give something to people and take things from their lives, learn from them and get to know them.

ArtsATL: So you’ve taken an album that was written in Kentucky, after growing up near the South Carolina coast, and you’re now living in Seattle. What role does regionality play in your work? How was your music received in the Pacific Northwest as opposed to the South, and how has the change influenced your music? 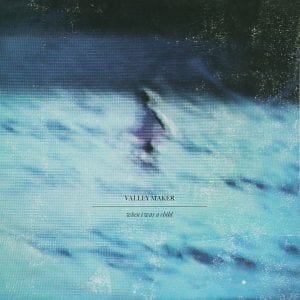 Crane: I’m always trying to figure that out. Being in the South and being an artist . . . there are different norms about what it is to be a man or be a woman there and how you make a living. I’ve felt a lot of freedom since moving to the Pacific Northwest, especially pursuing music.

Something I think about a lot is, especially in my work, I don’t see my work as exclusively about faith, doubt or religion, though it was a big part of my growing up and it’s certainly present in the music. Being in the South, a lot of people think of it as a haunting place. I got to take some classes during my undergrad and kind of find a safe space for writing about the South, I read a lot of Jonathan Edwards’ sermons alongside Faulkner, O’Connor and Walker Percy. Being in the South means engaging in a struggle that is very productive for writing. I don’t know if it’s a struggle I want to always be engaging in, in my life, and feeling so pertinent and necessary for my process. They might be though. And being in the South, you have to face that regularly, while being in the Pacific Northwest is pretty comfortable.

The way that people are and community forms is very different here.

But in the South, I grew up in a musical and artistic community of people and there’s a lot of energy in that environment. Here it’s more of an enclave, and that’s productive in a lot of ways too.

ArtsATL: How have the different communities affected you?

Crane: Honestly, I have music and community in both places.

Even the landscape is very inspiring. I love being near the beach in South Carolina and I love going on hikes in the mountains of the Pacific Northwest. Nature is a lot of where I find inspiration, musically. Both places are very evocative.

How communities form has always been interesting to me. It’s very different in the South than it is in the Northwest. I’ve moved and traveled a lot . . . that longing to stay but also a desire to figure out what else is out there is interesting. The more you move the more disruptive you are to whatever community you found that are forming. That’s always a pertinent theme in my songwriting, the connection between people and place and that evolving within a place but also between places.

ArtsATL: Let’s talk about the lineup of Valley Maker.

Crane: The lineup has changed a bit from show to show, and we’re a bit of a mix of the two regions. Joe was my first friend when I moved here, he’s lived here for a while and has played a lot of music and is just a great person, and that has a lot to do with how quickly I found community here. He gave me a lot of in-roads, getting to know other bands and what shows to go to.

I had some demos done for the latest record and had them up on the internet as an EP, titled Yes, I Know This World, my version of the record just up on Bandcamp. A couple of people from different venues and bands found it and reached out to me.

When I moved here, I had been so school-focused in Kentucky. Songwriting was something that came out naturally and needed to happen to engage a more creative part of me while I focused on school. Moving to Seattle I hoped that music would be a larger part of my life, but I wasn’t sure what it would take to “make a go of it.” It’s a great music town with a very inviting community. I moved here knowing there were a lot of music writers here, Damien Jurado and David Bazan among them –– there are a lot of legendary songwriters from this area. It just made sense for me to pursue it.

ArtsATL: What new things are you working on? You’ve been so out in the public for so long, it’s interesting to see if it sounds different and how has the entirely different inception of the album affected the music?

Crane: I don’t think it will be more introspective (laughs). I’m going to give you a meta-answer and then try to ground it. I think being able to distil a song to its core element is playing it live. Lyrically, I never liked the idea of the songs being overly confessional. They can’t be boiled down into x, y, or z.

For me, when I think of songwriters that I love, you can never say that any of their songs are about one thing, though you can certainly find meaning in them. I write that way. A song should have a personal dimension but also having imagery that makes it a mystery. I want to create a space that people can be contemplative in. That’s the music that inspires me and it’s the music I hope to continue to write.