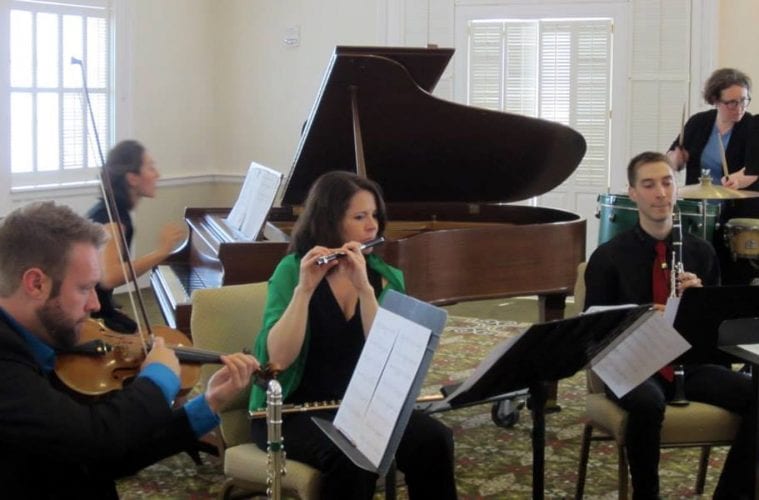 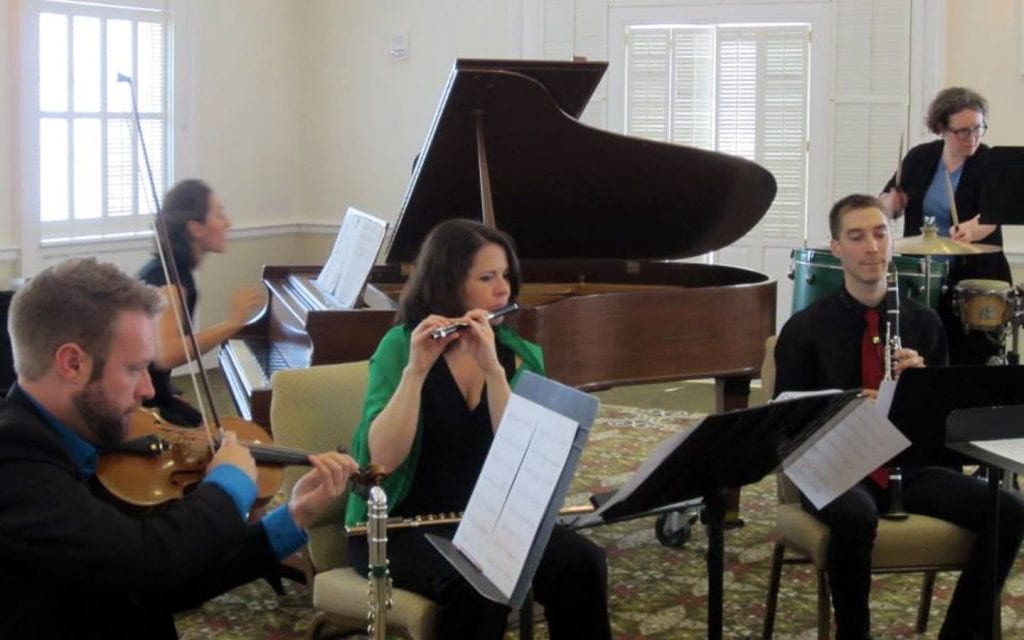 This Friday at 8 p.m. the Terminus Ensemble of Contemporary Music presents the opening concert of its 2014–15 season at Kopleff Recital Hall, directly across from Hurt Park on the Georgia State University campus downtown. Admission is free.

Terminus Ensemble, which took its moniker from the original name for what eventually became Atlanta, made its debut on March 4, 2012, at the Central Library branch of the Atlanta-Fulton County Library. It was founded with an explicit mission to promote and perform new classical music by composers based in Atlanta. Ever since, its concert and repertoire have been focused upon that mission.

Friday’s concert is no exception. According to composer Adam Scott Neal, one of the ensemble’s cofounders, it will serve as a kind of capstone for what the ensemble has done to date, offering up second performances of some works heard in the previous five concerts: “EIMI” by Laurence Sherr, “Eternal Gliss” by Jason Freeman, “Hakka Fusion” by Zack Browning, “secret music” by Nickitas Demos and “Movement” by Nicole Chamberlain. They will also be playing two works that are new to their repertoire: “My Favorite Number Is Twelve” by Connor Way and “dampers” by Neal himself.

The group will also introduce some new players to its ranks in this concert: clarinetist Jason Passmore, violinist Tracy Woodard and cellist Jean Gay. Woodard and Gay also occasionally perform as part of another local contemporary ensemble, Chamber Cartel.

But a significant departure from the original Terminus mission is in the offing. “We will be focusing on the Southeast instead of solely on Atlanta,” says Neal. After only a few years, that is a major sea change.

“We are going through a call for scores that has extended our reach to the region,” says Neal. Submissions of music have been coming in from composers based in Alabama, Florida, North Carolina, South Carolina and Tennessee as well as from across Georgia. They will be performing selections from those scores in the spring at Second Ponce de Leon Baptist Church.

“We decided to expand to regional composers,” says Neal, “not because we’ve exhausted everyone in Atlanta but just to have more options for programming.” He points out that composers often don’t have pieces that can be played by the ensemble’s instrumentation, or they have pieces for the complete ensemble that are tougher to program because of coordinating rehearsals with available musicians.

Neal and his fellow codirectors and composers, Sarah Hersch and Brent Milam, wanted to see what other options were open to them. Together they decided that having a regional call for scores would be a good idea. They are currently going through the submissions to decide which works they will present in the spring concert.

But he acknowledges that the state of Atlanta’s composing community is “still a little bit fractured, something we’re always fighting against. I’d hoped that with Terminus we could bring people together a little more.” He suggests that it would be a big help if more local composers would go to each others concerts, adding, “but it doesn’t happen as much as it should.”

That, however, begs the existential question: For whom do composers write music? For themselves, for their composing colleagues or for the listening public? If Atlanta-based composers lack for public exposure, championing music written in Atlanta by Atlantans is hardly a cause to be abandoned too quickly. And Terminus Ensemble is still very young in institutional years, itself a work in development. Experimenting with its means, methods and mission is only natural. The group’s handful of concerts to date have brought to the stage only a slice of Atlanta’s larger composing community. Much creativity within the city still lies untapped by them, even as it begins to reach out to composers across a much larger region.

“We’re not giving up on Atlanta by any means,” says Neal. “We’re still going to be playing Atlanta composers a lot. We just want the freedom in our mission to play [music by] people from around [the Southeast] as well.”