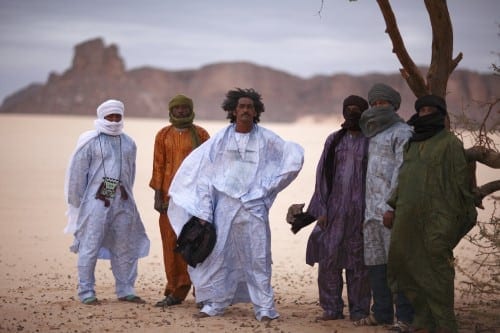 On March 19–22, Athens, Georgia, will make its own mark on the festival circuit when Slingshot Festival takes over four blocks in downtown Athens.

Originally intended to “slingshot” artists through Athens on their way to South by Southwest in Austin, Texas, the event has quickly evolved into a means to “slingshot” Athens toward new methods of creativity. The Athens event distinguishes itself from such fests as South by Southwest, Creative Convergence Silicon Valley and North by Northeast by its three-pronged focus: music, visual art and technology.

“These days, if you work in music or art or tech, you’re kind of working in all three almost inevitably,” says Slingshot director and University of Georgia instructor Kai Riedl, an ethnomusicologist who teaches a course on Athens music history. Cofounder and UGA instructor Éric Marty is a sound artist and composer. He will curate the visual arts.

“Music people deal with tech things all the time now, electronic art is obviously embedded in tech, and tech people a lot of times are working with music culture or art culture in some capacity. For us, those three boundaries are much more fluid than for other people.”

After receiving a small grant and several big name sponsors, such as Dos Equis, MailChimp and Urban Outfitters, Slingshot was able to curate a unique lineup with big names, a number of them international,  and small, local acts. This year’s festival will bring everything from the widely popular African band Tinariwen to Japan Nite!, which will play host to five Japanese bands, headlined by Peelander-Z.

Riedl is pleased, but still believes there’s room to grow.

“We are looking at 2015 and realizing how we can step it up much further,” Riedl says. “I’d like to see the economy get stimulated by something like this and it have sort of a yearlong presence, but I’d also like to do it in a way that’s singular to Athens. There are a lot of different models out there of how to do events, so I’d like to make it a unique event in the sea of music or tech festivals.”

The community has embraced it. Local businesses and institutions, including the Georgia Museum of Art, the Lamar Dodd School of Art, the Athens Music Project, the College of Engineering and Ciné BarCafe, have contributed to the festival in one way or another. This healthy town and gown relationship seems to foster artistic growth.

“Nothing happens in a vacuum,” Riedl says. “UGA, people in town, clubs: they’ve all been really helpful.”