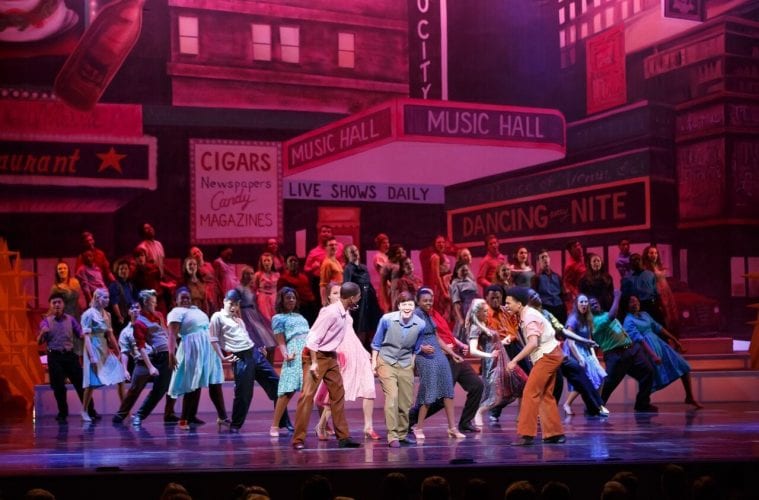 It started off with just 13 participating schools, but it has grown to involve 75 high schools from across the state. Now in its ninth year, the Georgia High School Musical Theatre Awards — a.k.a. the Shuler Awards — celebrate the best of the state’s musical theater offerings. Named after Tony Award-winning performer Shuler Hensley, who attended the Westminster Schools and has now moved back home, the awards are regarded as one of the most notable of its kind in the nation. Seventeen winners will be named in categories that include Best Overall Production and Best Lead Actor and Actress as part of Thursday’s ceremony at the Cobb Energy Performing Arts Centre.

Natalie Barrow, director of arts education and community outreach for ArtsBridge Foundation — producers of the event — has been with the organization the last three years planning the awards and working out logistics. It’s a year-round responsibility, although the week of the event is particularly manic.

August is when Barrow begins recruiting schools for the annual awards. Any high school in Georgia is eligible to participate as long as they produce a full-length musical on the approved list determined by the Broadway League of the National High School Musical Theater Awards, the Jimmy Awards. “Pretty much everything is on that list,” Barrow says. 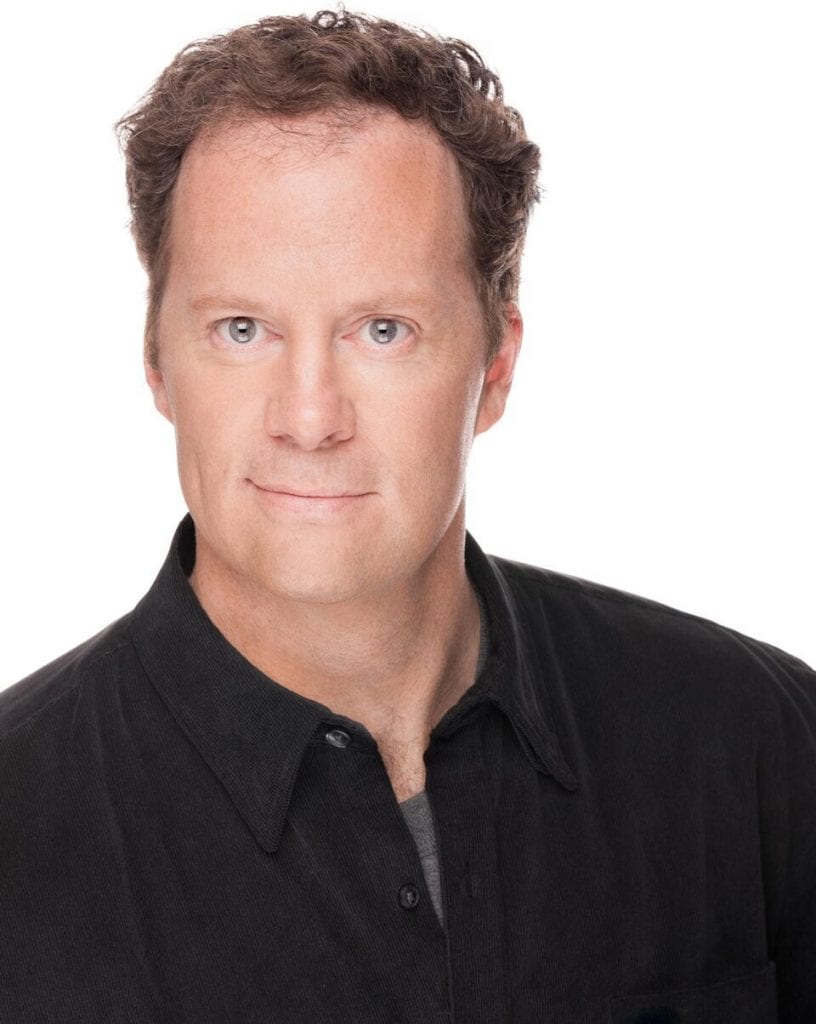 Broadway star Shuler Hensley not only lends his name to the award, he mentors the high school performers.

Registration opens up in August when schools are back in session. It’s a free program but is first come, first served. The slots are usually filled in two days. This year, though, in just a three-hour window, 75 schools had applied and 11 more joined the waiting list.

Many of the produced musicals this go-around are mainstream, widely known ones. A few high schools, for instance, have mounted versions of Beauty and the Beast this season, but some rarely produced musicals are also in the mix. This year, Gordon Central High School’s version of The Spitfire Grill and Calhoun High School’s take on The Robber Bridegroom are nominated. “We have not had those productions ever participate in the award show,” Barrow says.

Judging the awards are 67 adjudicators including theater professionals across the state, tasked with seeing all eligible productions. For all judges there is a fall training session detailing what they should be looking for. Barrow has worked hard the last few years to include raters from all over Georgia. “I wanted to have better representation of the professional theater companies,” she says. “Raters are statewide, including a SCAD casting agent in Savannah. Our geographical reach has expanded.”

Being a rater is a commitment, she says, often involving driving across the state to see productions. While every show is taped for archival purposes, those are only watched in the case of a tie.

The awards, modeled after Broadway’s Tony Awards, are based on how well a school uses its resources. “In high school theater there are varying budgets,” says Barrow. “Some schools don’t even have a theater department. They load everything in the day before, tech it all and then do the show.”

The goal of the awards is to recognize excellence in Georgia. Barrow has long been impressed by the talent pool in the state. “When I first came into this job I had no clue how much talent we have,” she says. “In going to the national awards with each year’s local winners, we really represent ourselves well. We have had two winners at the national level, and that speaks highly of the talent in Georgia.”

Alexandria Payne, of Tri-Cities High School, won the Jimmy Award for Leading Actress in 2010, and Jai’Len Josey, also of Tri-Cities, won a Jimmy in 2014 in the same category. Other Shuler winners are pursuing theater careers. 2015’s Leading Actress and Actor winners are both in college — McKenzie Kurtz from Milton High School is attending the University of Michigan, and Nick Eibler of West Forsyth High School is attending Texas State University. Both are pursuing BFAs in musical theater.

Besides celebrating the best of each year’s productions, the awards have instilled a level of esprit de corps in the high school musical theater community. “Our participants go out and support each other,” she says. “They are very tuned in. I see a lot of times on Facebook that 30 kids from one school went to see another school’s production. I hope that this program is encouraging the celebration. That’s what it is all about.”

The amount of categories has evolved since the first awards show in 2009. One of the newest is the Showstopper, given to a musical number that does what its name implies — receives so much applause it brings the show to a halt. This year, Milton High School’s production of 9 to 5 will receive the award, and that number will be part of the show. Scholarships have also increased. The Alliance Theatre Summer Intensive Scholarship, the Broadway Dreams Foundation Summer Intensive Scholarship and the Morrell Memorial Music Education Scholarship have been in place for a few years, but new this year is the Performers Warehouse Summer Intensive Scholarship — giving a student free tuition for classes — and the James Carlos Family Musical Theatre Performance Scholarship, with a $5,000 purse to pursue musical theater in college.

Another added component is a program for technical theater students, including stage managers and lighting designers. The S.T.A.R Council program allows a school to send one technical student to serve as a production assistant for the awards show. “This year we have 48 S.T.A.R. Council members, and I am seeing an increase in the technical support side,” says Barrow. “We hear so much about the performers onstage, but it’s equally as important to recognize those working backstage.”

Barrow credits Hensley for always being available for the show. He also takes students under his wings and happily mentors them. “Shuler is so dedicated to this show,” says Barrow. “He is here every year. He even gives his personal email address to students. He has been teaching private lessons this year. His commitment is unbelievable. He works with other Broadway stars to get shout outs to the community. He has continued to make our show one of the greatest in the country.”

Hensley will be hosting the event for the first time and will also be involved in a musical number.

In all, 35 public and private schools from Georgia were nominated as part of the 2016–17 season. Performances from the shows nominated for Overall Production will be featured, as will a medley of numbers from the Leading Actor and Actress contenders. The Shuler ensemble, comprising 120 students, will also perform as part of the opening and closing numbers. The awards air live at 7 p.m. Thursday night on Georgia Public Broadcasting (GPB) and will also be live-streamed.