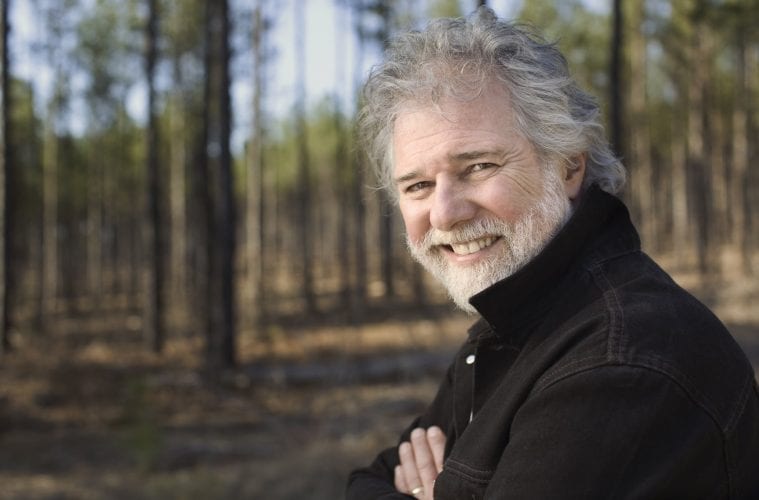 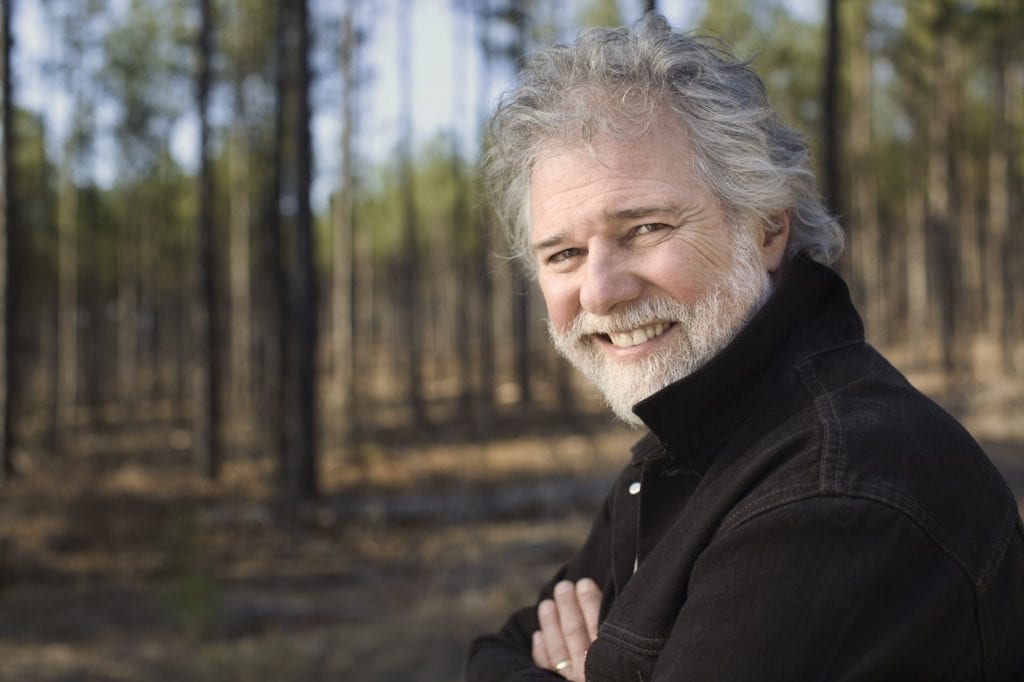 Chuck Leavell at his Charlane Plantation in Dry Branch.

When ArtsATL last checked in with Chuck Leavell, he was serving as the music director of last year’s all-star tribute to Gregg Allman at the Fox Theatre, in addition to helping put together a show with the Atlanta Symphony Orchestra at Symphony Hall that celebrated Georgia music. And he was gearing up to leave for Asia for his primary musical gig — keyboardist and music director for the Rolling Stones.

Leavell — who was a member of the Allman Brothers Band and has toured and recorded with the likes of George Harrison, Eric Clapton and John Mayer — will perform a sold-out special solo show May 7 at Eddie’s Attic to raise money to fund arts programs at the Westchester Elementary School in Decatur, where his two grandsons go to school. From there, he’s off on another Rolling Stones tour that will come to Bobby Dodd Stadium on June 9.

Leavell lives in Dry Branch, Ga. (south of Macon) on a plantation that has 2,500 acres of forest, and he is one of America’s most famous tree farmers. He also co-founded the website Mother Nature Network. ArtsATL recently caught up with Leavell, who discusses his music, his upcoming performance at Eddie’s and his 34-year history with the Stones. 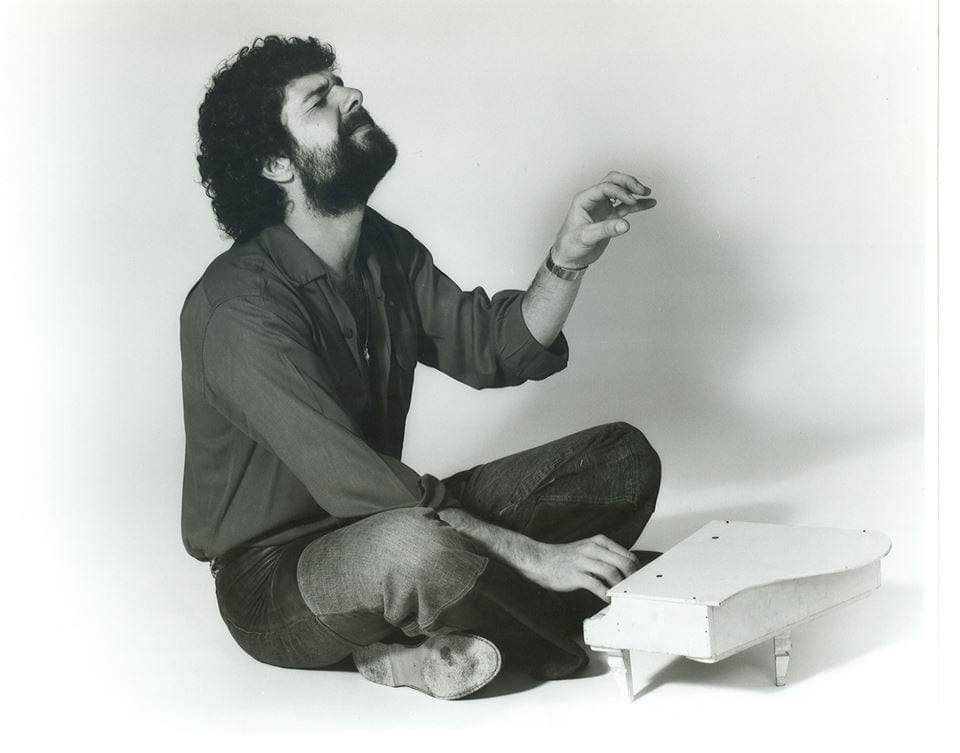 Leavell channels his inner Schroeder in 1983.

ArtsATL: What’s the story behind this concert at Eddie’s Attic?

Chuck Leavell: Our daughter, Amy, and her husband, Steve Bransford, and their two boys recently moved to Decatur and enrolled the boys in the Westchester Elementary School. Decatur is such a great community and has a reputation of having some of the best schools in the state and country. Amy told me that Westchester could use some funds for things like musical instruments, art supplies and such, and asked me if I might be interested in helping. Of course, I jumped on it and called my good friend Alex Cooley, who graciously offered the use of Eddie’s Attic to do a benefit gig. So we worked it all out, and here we go.

ArtsATL: Why are the arts important to kids? How meaningful to you was exposure to the arts through public school as a kid?

Leavell: I think it is not just important, but essential. My first musical experience in school was playing what we knew as a “tonette” around second grade. It was a type of flute, or recorder, that you blew in to and placed your fingers over the holes to change pitch. The entire class was engaged in it, and we all had a wonderful time. It helped me to enjoy being in school.

At home, my mom played the piano and would get me up on the bench sometimes and get me to play — that’s how I initially learned to play the piano. Later, back in school in junior high, I joined the concert band and played the tuba. It was a great experience and taught me not only to play the instrument, but a lot about ensemble playing — the way a band works together to make a piece of music a coherent song.

Later in life this helped me not only in playing in bands, but in business — understanding the importance of teamwork — and in social situations. So even if you don’t decide on a career in music or in other art forms, we all know the statistics that music and the arts helps our students in many ways, even to do better in subjects like math and sciences. 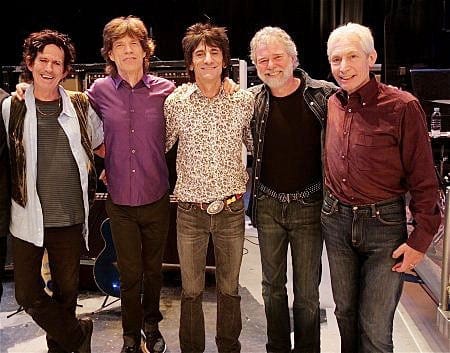 Leavell with some familiar faces.

ArtsATL: Georgia ranks dead last in the nation in public funding for the arts; what would you tell a Georgia political leader who argues the state can’t afford to fund arts programs?

Leavell: It’s simple. You can’t afford not to fund the arts. It’s been proven time and time again how important the arts are to us, and it just blows my mind that it is always the first program to go in school systems. The arts are just as, if not even more, important as any other subject offered in school. It’s so short sighted to cut them out … just simply dead wrong.

I’ve started a program with my partner, Howard Citron, called irocku. It’s a website that teaches piano over the Net. We’ve been working with some school systems in the New York City area and in some other places to use the system to help where there is a void. We’re hoping to eventually expand it to include other instruments and to help not just young musicians, but those that want to re-engage later in life. It has been very gratifying to get the wonderful positive reactions on irocku we’ve had both in the school systems and beyond.

ArtsATL: What can people expect at the Eddie’s Attic show? 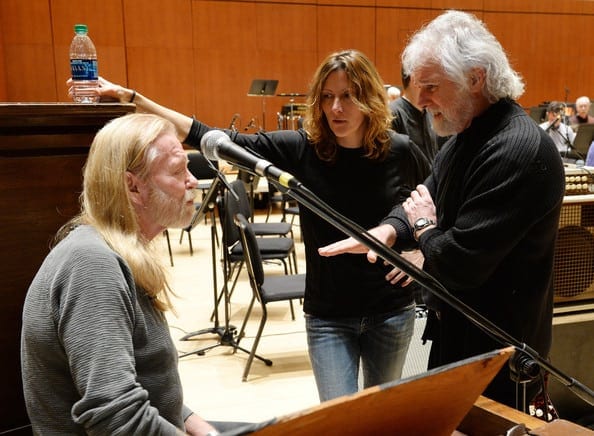 Leavell with Gregg Allman and Michelle Malone at rehearsals for the Georgia music tribute at Symphony Hall in 2014.

Leavell: This will be a different sort of presentation. My friend and well-known Georgia radio and TV personality, Mara Davis, will be my partner on this, acting as emcee. Of course, I’ll play lots of songs, but Mara will also prompt me to tell some stories from my career and some of the artists I’ve been privileged to work with. It’s going to be great fun.

ArtsATL: Your concert comes three weeks before the Rolling Stones kick off a North American stadium tour that celebrates the re-issue of the iconic album Sticky Fingers. The late Ian Stewart, the Stones original pianist, endorsed you for the piano chair in the Stones. How important was that to you, and how much does his playing inform what you play today with the band?

Leavell: Stu was like a big brother to me. I think it would be safe to say that I wouldn’t have gotten the gig if it weren’t for him. He had the respect and confidence of the band and promoted me to them, and we became very close friends. He taught me a lot about the art of boogie-woogie piano. Turned me on to those masters: Meade Lux Lewis, Albert Ammons, Pete Johnson, Montana Taylor and many more.

When I was in the London area, he insisted on me staying at his place and we would listen to his great record collection and play together: he had two pianos at his house. So Stu was and still is a huge influence on me, and we all miss him so much. He passed on in 1985 of a sudden heart attack and while I could never fill his shoes, I do my best to honor him by playing his licks as best I can when on stage with the Stones.

ArtsATL: You were in the Allman Brothers Band during their most popular period. On their 45th anniversary last year, they decided (at least for now) to call it a day and retire as a band. What are your thoughts on that, and on the band’s legacy? 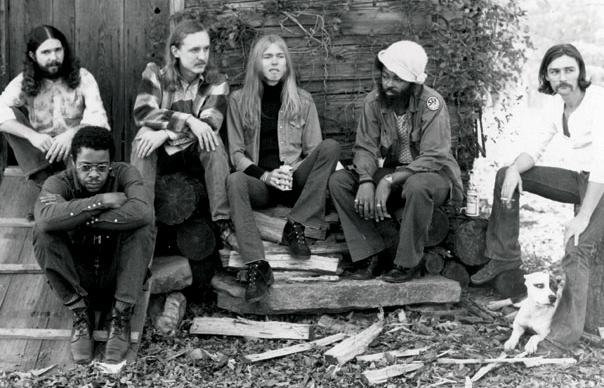 Leavell (top left) with the Allman Brothers Band in 1973.

Leavell: It marks the end of an era, in my opinion. The ABB invented what was to become known as “Southern rock” and when they invited me into the band, I was completely flattered and excited to become a part of it. I was barely 20 years old when I came in and had almost five years in the band, from ’72 through ’76. It was a golden era for me, and a very successful time for all of us.

They eventually re-grouped and have carried on in various forms, always exploring and being inventive. But I understand the motivation for the guys to go separate ways now. Warren Haynes has had his band, Gov’t Mule, for 25 years and has a solo career as well. Derek Trucks and Susan Tedeschi have their own great band and want to dedicate more time to that. Jaimoe has his Jasssz Band and Gregg (Allman) has always maintained his own solo band. So it was just time for them to pursue those respective careers. I could see the possibility of some special reunions up the road and if asked, I’d be interested to be a part of it. But for now, the ABB is done. 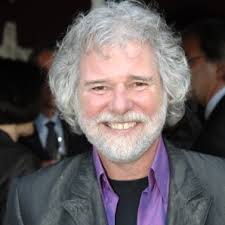 ArtsATL: You’re also one of the most well-known tree farmers in America with the Charlane Plantation south of Macon. What lessons have you learned growing trees and maintaining the plantation that can help keep our planet a vibrant, living organism?

Leavell: Trees and forests are our most important natural resources. They provide materials to make books, magazines, newspapers and packaging products; materials to build our homes, schools, churches. They clean our air and water, and provide home and shelter to all manner of wildlife. These days, biomass is a part of our renewable energy plans, along with solar, wind and other sources. They also soothe our souls and help us to renew ourselves. I’ve always loved the Ralph Waldo Emerson quote: “In the woods, we return to reason and faith.”

ArtsATL: More exciting: your first tree harvest or your first show with the Stones?

Leavell: It’s a tie. I can tell you that it is a very special feeling to have put seedlings in the ground, watched them grow into maturity, and then harvested to perhaps build someone’s first home or to renovate a historic one. Of course, the main thing is to make sure we are doing it all sustainably — that we are planting, growing and managing more than we are harvesting. And here in the U.S., especially in Georgia and the Southeast, we are definitely doing that, and we should be very proud of it. Georgia stands as a shining example of how to sustainably manage forests: we do it better than just about anywhere else in the world.