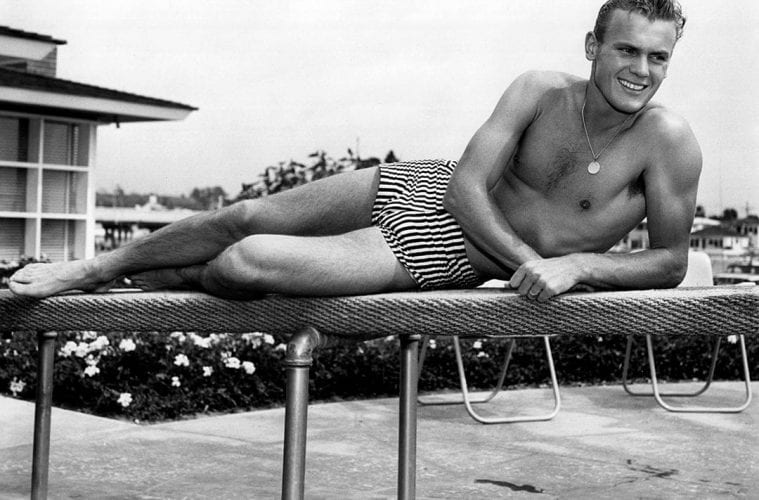 Preview: Out On Film celebrates spirit of exploration with eclectic array of LGBT flicks 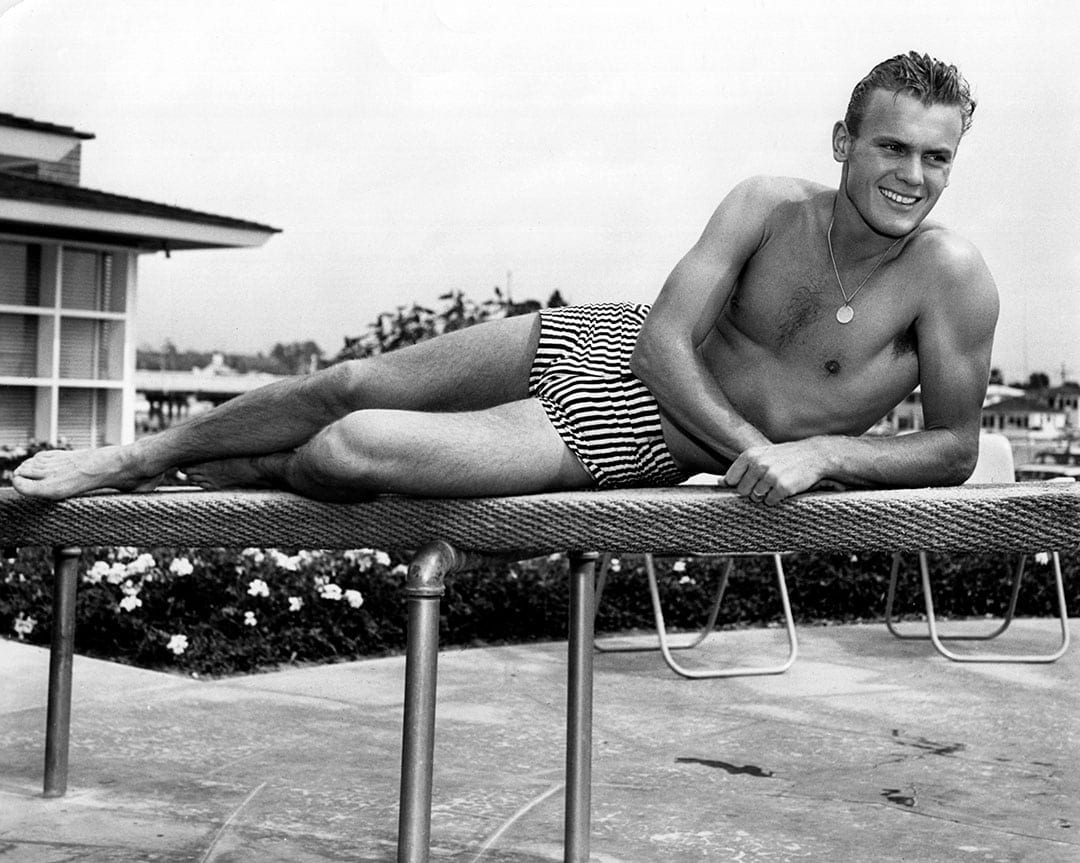 Tab Hunter Confidential focuses on the secret life of the Hollywood star.

Among the nearly 100 films — narrative features, shorts and documentaries — in this year’s Out On Film, one is called In the Grayscale, which could also be translated as “Shades of Gray.” The title suits a movie in which nothing is exactly black or white. A similar kind of ambiguity and spirit of exploration extend to many of the films programmed for this year’s eight-day festival, unreeling at Landmark Midtown Art Cinema starting tomorrow.

In their diversity, the movies remind us that there is no single LGBT story — or even a dozen of them. More viewpoints than ever are finding their ways onscreen since Out On Film first began in 1987. That range can bring its own set of (good) difficulties for any festival programmer trying to get just the right blend of esoteric fare and big crowd-pleasing comedies.

“It’s a challenge every year,” says Out On Film director Jim Farmer (also a contributing writer to ArtsATL). “There’s no manual that tells you how to do this.”

“We get a wide array of stuff,” he continues, starting with that mainstay of the genre, the coming-out tale. “We still have the Gay-101 films where the fact that a person is gay is still the crux, but also films where the characters aren’t necessarily defined by their sexual orientation.”

The opening night selection, Fourth Man Out, is an engaging comedy that could be considered Gay-101. It’s the story of an auto mechanic in a small town who decides to come out to his blue-collar buddies.

Farmer says, “Opening night is tricky, because you need to have something that puts people in good spirits and lets them start out the festival week with a positive buzz.”

One of Farmer’s self-imposed challenges is to go with selections that reflect the world in its variety. “I know it sounds like a cliché, but when we program Out On Film we have to really make this about the whole community,” he says. “It can’t just be all white men. We really work hard to make the lineup as diverse as possible.”

As in previous years, actors, filmmakers or the subjects of the movies will attend many of the screenings to offer insight about their work — and lives.

Here are some thoughts on a few of the titles I had a chance to watch in advance, listed alphabetically.

Fourth Man Out. A guy’s guy who works at a garage and drinks beer with his blue collar pals, Adam (Evan Todd) has a secret. After putting it off as long as he can, he comes out to his buddies. Most of the movie devotes itself to the aftermath, as Adam tries to figure out how to date — and his friends good-naturedly try to set him up with totally inappropriate guys. The movie has a few too many easy, bad-date stereotypes and a clichéd church-lady villainess. But the movie goes down like a nice craft beer shared among friends.

Guidance. Writer-director Pat Mills plays David Gold, the worst high school counselor you’ve ever met. That’s because he isn’t one. An out-of-work drunk still grieving the loss of his early fame as a child actor, he nabs a job posing as an accredited educator named Roland Brown. At school, he teaches one girl to celebrate her inner slut, targets bullies, and gets stoned and smashed with his favorite kids. And this is before he embarks on a crime spree. Stereotypically gay, but insisting he’s straight, David is a kinked-up, damaged character that Mills (nicely) doesn’t attempt to over-explain. He’s a mess, but often a hilarious one. And Guidance is a giddy, dark, smart choice for the festival’s closing-night film.

How to Win at Checkers (Every Time). Based on stories by American writer Rattawut Lapcharoensap, this Thai drama is an elegy for lost boyhood, told in hindsight by a boy named Oat (Ingkarat Damrongsakkul). With both parents dead, he lives on the edge of poverty with his auntie and his older brother Ek (Thira Chutikul). Ek supports the family working at the local mob-owned bar, and spends free time hanging with his boyfriend Jai (Arthur Navarat), who comes from money.  Both young men face a deadline: the national lottery at age 21, when they might be called for two-year service in the military. One of the loveliest things here is that the fellows’ relationship is never an issue. It’s accepted by everyone. The drama is less about sexuality than it is about class. It’s not who you sleep with, but how much you have in the bank, that can make the difference between life and death.

In the Grayscale. Having scored a big civic commission, Chilean architect Bruno (Francisco Celhay) is paired with a local tour guide, Fernando (Emilio Edwards), to get him familiar with Santiago. Bruno is married with a son, but separated from his family as he questions his identity. Fernando is gay, and knows exactly who he is. That leads to an awkward push-pull of possible courtship between the men. Bruno considers himself neither fully straight nor fully gay, and the movie honors his attempt to figure things out. It also, FYI, contains one of the most scorching-hot sex scenes I’ve seen in a while.

Margarita, With a Straw. A welcome, wise movie that remind us that sexuality is just one of the balls we are constantly juggling in our lives; some folks have to spin more of them in the air than the rest of us. Laila (Kalki Koechlin) is a feisty college student in India. She’s smart, she writes sharp lyrics for songs performed by a school band, she’s got a crush on the cute boy singer — and she’s also living with cerebral palsy. Oh, she may just be a little bit bi, too. Transferring to NYU, Laila explores her new city and its options. These include a dreamy British classmate (William Moseley), and a gorgeous, blind Pakistani woman she meets at a protest (Sayani Gupta). Like In the Grayscale, the movie observes and respects the fluidity of some people’s sexuality, and reminds us that, before we can be part of a couple, we have to be okay with ourselves.

Tab Hunter Confidential. He walked among us in the 1950s, a golden god too good to be true. And he wasn’t. As a young guy in Hollywood, Arthur Gelien was renamed Tab Hunter and added to the stable of talent scout Henry Wilson, who specialized in managing the professional lives of other pretty boys like Rock Hudson. But it was with Psycho’s Tony Perkins that Hunter spent much of his private life, though their romance was complicated by career rivalry for screen roles. Jeffrey Schwarz’s engaging documentary presents Hunter as a sweet and honest man, who’s very clear-eyed about the limits of his talents during his heyday. As much a coming-out tale as a fascinating look at Hollywood at the frayed end of the studio system, the movie includes invaluable talking heads including Debbie Reynolds, Robert Wagner, George Takei and of course, John Waters, who gave Hunter a second life onscreen “kissing a 300-pound transvestite” in Polyester.

That’s Not Us. A mild, amusing thesis on How We Live Now. Three couples — gay male, lesbian and heterosexual — spend a friendly weekend together at a beach house, playing Cards Against Humanity, drinking too much, and processing the emotional and sexual feelings in their relationships. Think of it as a low-budget take on an Eric Rohmer movie for American Millennials, and you’ll be on the right track. So talky at times it could be mistaken for a stage play, the movie was actually improvised to a great degree by the cast. The movie has some of the pluses and minuses that come with that.

Two 4 One. Adam (Gavin Crawford) is a mess, but so is his ex-girlfriend Miriam (Naomi Snieckus) — who broke up with Adam once he stopped being Melanie. Yes, Adam is transgender. (Actor Crawford isn’t; he’s a gay male actor, but he wins you over in the role.) Though she has a steady girlfriend now, Miriam blusters back into Adam’s life, asking him to help get her artificially inseminated. No, the sperm isn’t Adam’s (duh), but bought from an anonymous donor. It’s complicated. And it gets a lot more so when Miriam gets pregnant. And so does … well, look at the title. A little like Miriam, Two 4 One is freewheeling, sometimes frustrating, but ultimately endearing. Like opening night’s Fourth Man Out, it benefits from a laid-back, accepting attitude toward sexuality. (Both movies have a crucial scene with our heroes sharing brewskies with buds at a bar.) Bonus point: there’s a lovely performance by Atom Egoyan veteran Gabrielle Rose as Adam’s artsy, supportive mom.