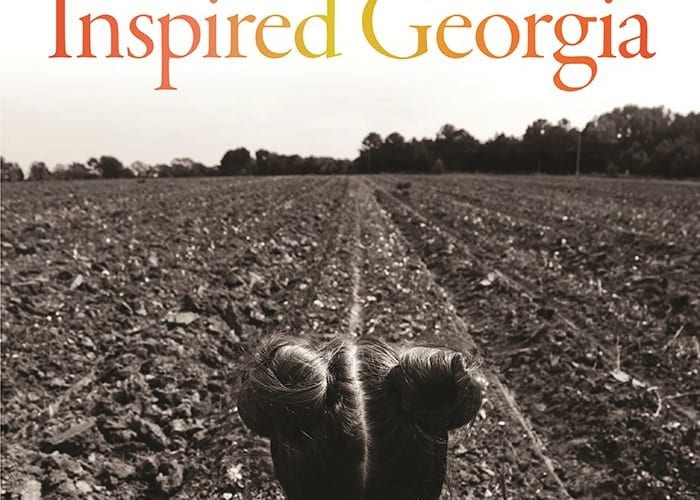 Preview: “Inspired Georgia” pays a distinct homage to our state

The Peach State has yielded an incredible amount of artists in its time. We live in the land where Ma Rainey and Otis Redding first began to sing; where the Allman Brothers Band found a home early on; where Flannery O’Connor first took her pen to the page; and where artists like Herbert Creecy and Howard Finster explored their art. The list goes on and on throughout the disciplines: James Brown, Julia Roberts, Ted Turner, Blind Willie McTell, Fiddlin’ John Carson, Future, 2 Chainz, Carson McCullers, Kara Walker, Alice Walker and OutKast — all of them Georgian, all making us proud.

Somehow, though, even with such a rich legacy of artists of every discipline within the state, it’s difficult to discern what a uniquely Georgian artistic perspective is. 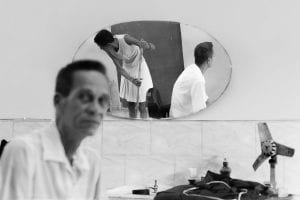 “There’s such depth and deep roots in this place — there’s something really special about this state,” says Karen L. Paty, executive director of Georgia Council for the Arts. The Georgia Council for the Arts and UGA Press will be releasing Inspired Georgia, a parallel anthology of contemporary photography and poetry that pays homage to the state that begets so much creativity and talent, this weekend at the Decatur Book Festival.

“An important part of our mission as the state arts agency is to advance awareness of the exceptional work produced by Georgia artists. We see this project in perfect alignment with that goal,” says Paty. The idea for the anthology came from a meeting between Paty and Lisa Bayer, the Director of UGA Press, who both wanted to showcase the artwork mused by Georgia. Soon after her conversation with Bayer, Paty reached out to Georgia’s Poet Laureate, Judson Mitcham, as well as Michael David Murphy and Amy Miller of Atlanta Celebrates Photography.

What makes the collection especially unique is that the works published within it were sourced completely separately from one another — the poetry did not beget the photography; the photography did not prompt the poetry. Mitcham went to work soliciting previously published works from poets working within the state and from it. “When we began the project I already owned a substantial library of works by Georgia poets, and in the course of the project I added to that library significantly,” says Mitcham.

In hopes of casting a wide net, Atlanta Celebrates Photography opted for what Murphy referred to as a “targeted open call.”

“If we had an open call for the project it would have been called Inspired Atlanta not Inspired Georgia,” said Murphy. “We had to get the word out beyond Atlanta — it was important that we have the entire state represented. That was the mission of the whole project.”

The result is stunning — a compilation of 85 artists from across the state, including contributions from former United States Poet Laureate Natasha Trethewey, A.E. Stallings, Amanda Greene, Jericho Brown, Joeff Davis and Kevin Young. The book commences with “Prelude” by A.E. Stallings, a vivid description of a symphony warming up.

Accompanying it is an image by Carl Martin, a portrait of an aging man with a full suit and a trucker hat, holding a guitar.

The centerpiece to the project is a collection of 12 photographs by Diane Kirkland, who captures the rugged, tempestuous and stunning landscapes of the state, an attempt to ground and root the reader. “These were absolutely necessary to the collection,” says Murphy. “Her portfolio is kind of the spine around which the whole book spins.”

Despite the fact that the collections of poetry and photography were not dictated or informed by one another, there are interesting complements and juxtapositions throughout the book. “This is really leaving the connections up to you — the book stays the same but the connections will change over time. That’s the experience I want to have as a reader. I want to have a book, a piece of art, that grows with me,” says Murphy, who, in addition to being the program director for Atlanta Celebrates Photography, also has an MFA in poetry, making him uniquely qualified to work on a project of this nature.

“Anyone who studies the photos and reads the poems closely will see places where they touch on one another, but these will be personal, perhaps idiosyncratic, responses that are not likely to be the result of any obvious connection between the works,” says Mitcham. “Georgia is rich in poets and photographers and I was humbled and exhilarated by the work I read and the images I saw, as well as increasingly frustrated that we could not include every worthy poet and photographer.”
Inspired Georgia can be preordered through University of Georgia Press. The book will be released this Saturday at 4:15 p.m. at the AJC Decatur Book Festival in the First Baptist Decatur Carreker Hall presented by MailChimp.