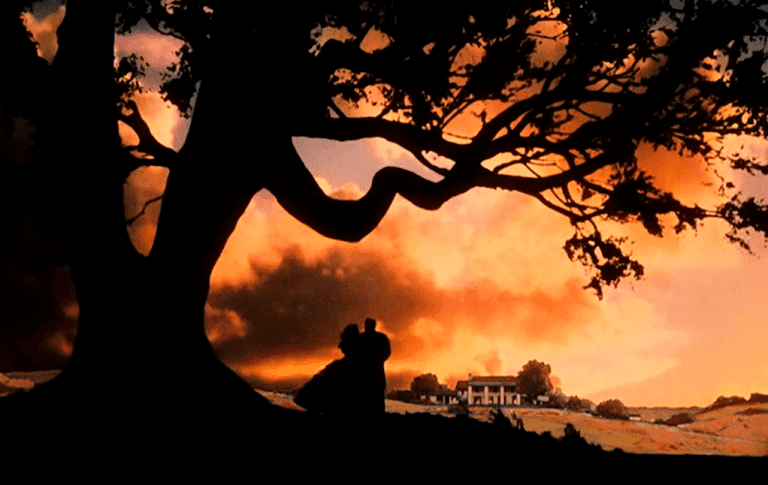 The epic "Gone With The Wind" premiere helped put Atlanta on the national map.

Gone With the Wind turns 75 (it’s really been that long?) with screening at Emory

It was arguably the biggest event to happen in Atlanta. The world premiere of Gone With the Wind — a film still synonymous with the city — on December 15, 1939, brought out celebrities and dignitaries galore at Loew’s Grand Theatre. Arranging it all in a segregated southern city proved to be every bit as epic as Margaret Mitchell’s signature work.

As part of the film’s 75th anniversary, Matthew Bernstein, chair and professor of Emory’s Department of Film and Media Studies, delivered a lecture titled “Selznick’s March: The Gone With the Wind Premiere in Atlanta” last Monday, and the department will screen the film at 1 p.m. in Emory’s White Hall, Room 208. The screening is free.

Bernstein, who is also the host and moderator of the Atlanta Cinema Club, is not a cultish fan of the film but is fascinated by it and its impact. “It still has a core connection to Atlanta’s identity and beyond,” he says. “It is still beloved, but I think the universality of its belovedness is diminishing with time, for a new generation. I commented to a class once that Gone With the Wind is the film we think of when we think of Atlanta, culture-wise. One of my students corrected me and said, ‘No, we think of hip-hop.We think of Outkast.’”

Nonetheless, the film’s popularity is merited — and it has a major international following. “It’s a really well-made film,” Bernstein says. “It tells a compelling story about Scarlett O’Hara. It’s 1939, Hollywood, state of the art, peak of their talents, Technicolor splendor.”

The character of Scarlett is also complex. “As it’s told, the movie greatly admires her but makes fun of her at the same time,” Bernstein says. “She is admirable — so aggressive, so selfish. She’s a character who strives to get what she wants, and almost gets what she wants, in a polite and restrained society.”

The film’s premiere was a major turning point for the city. “Charles Lindbergh had visited, and the city had gone wild, and the Cotton States and International Exposition in 1895 showed the world Atlanta had recovered from the Civil War,” Bernstein says. “But this dwarfed all of that. Atlanta was a regional, growing power, but wasn’t a national, top-of-the-line city. The city had never had this kind of attention or movie stars of this caliber.”

The standard at the time was to have a movie premiere in Los Angeles or New York, but Hollywood was starting to experiment with having events elsewhere. Former Atlanta mayor William B. Hartsfield reached out to the film’s producer, David Selznick, in March 1937 and asked to have the premiere here. “At that point, Selznick had a first draft,” says Bernstein. “He had not cast anyone. I like to say, I doubt he could even find Atlanta on a map.”

Hartsfield promised his city would give the event a big build-up, especially because Mitchell, a native Atlantan, lived here. Selznick was vague, saying he would give it serious consideration. But Hartsfield’s persistence paid off. “Two years later, after he had sold the rights to MGM in exchange for being able to cast Clark Gable, Selznick wrote to an MGM exec that the South would not forgive us if we had this anywhere else,” says Bernstein.

This began a multimonth planning period. Selznick himself was mostly hands-off, letting his lieutenant, Kay Brown, handle a massive amount of planning. Selznick, however, wanted to please southern audiences. Although southerners had embraced the film Birth of a Nation two decades earlier, they still felt Hollywood had never given the area a fair shake, with weird accents and a general feeling that southern people were not understood.

Clark Gable, Vivien Leigh and Olivia De Havilland were all in attendance for the premiere, but the racial climate of the area prompted planners to not let costars Hattie McDaniel or Butterfly McQueen attend. Selznick was not pleased and wanted to add McDaniel to the souvenir program, but even that was unsuccessful. “He was understandably being guided by what his contacts in the South were saying,” says Bernstein.

The dynamic between Selznick and Mitchell became a story in and of itself. He wanted her to approve what he was doing, but she was spare in her praise and encouragement. “She gave off mixed signals,” he says. “That’s a hilarious relationship. She had him wrapped around her finger. If she said jump, he jumped 30 feet in the air.”