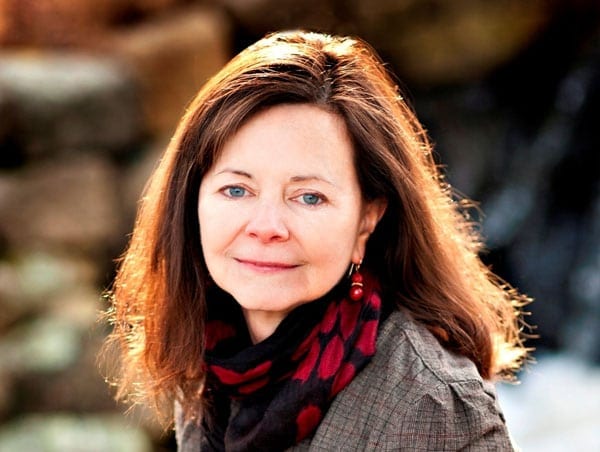 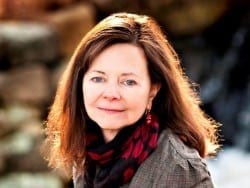 Geraldine Brooks’ The Secret Chord (Viking) is at once a riveting historical novel and a penetrating insight into one of the Bible’s most famous characters. Wielding her painterly prose, the Pulitzer Prize-winning author tells the story of King David’s rise from neglected shepherd to dazzling monarch through the eyes of the prophet Nathan.

Brooks, whose October 12 lecture is sponsored by the Georgia Center for the Book, opens her new novel on the night David’s army has left to battle enemies without him. David’s prowess on the battlefield is legendary — he beat Goliath, after all — but a near-death scare during a recent military skirmish has frightened David’s generals. They decide that he should remain safe at home. Though well-meaning, the decision makes it clear that David’s power may be waning, which would undermine his ability to command the army and rule the nation.

This realization drives David to ask Nathan to gather facts for his biography.

As Nathan researches David’s early life, a complicated man emerges, one who has engaged in the best and worst of life. David is the only one capable of playing the secret chord, the most divine note to ever please God, but he also orders the destruction of entire villages and ruthlessly murders foes. He is known for both his deep empathy and clear-eyed cruelty. As Nathan accumulates his observations, David’s story expands to a wider rumination on what it means to be good, faithful and honest in the possession of total power.

Brooks has earned a reputation for enveloping historical tales that plunge the depths of the human experience. The Secret Chord is her most captivating novel yet. 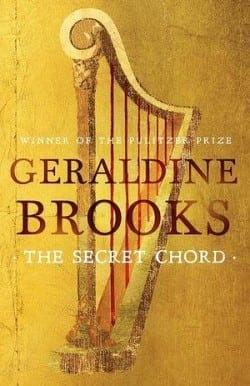 ArtsATL: The Secret Chord follows a series of fascinating historical novels set in a variety of times and places. How do you choose your subjects? How did you get the idea for The Secret Chord?

Geraldine Brooks: It’s really funny how the ideas fall at your feet. I’ve been lucky with that. It can be something that you overhear at a lunch table or something that comes out of your own life.

In the case of The Secret Chord, it was the latter. It was my younger son’s decision when he was 9 years old to learn to play the harp. My first thought was that he was an unlikely candidate. Usually, when I think of harpists, I think of pre-Raphaelite women in flowing gowns. But then I remembered that David was a harpist. He was also a womanizer and a warrior, and then I realized that I didn’t know much about him beyond the clichéd story of David and Goliath. We can hardly get through a news cycle without hearing that. So I started reading the biblical text, and as I read, I thought, this is the original Game of Thrones.

Everything happens to David in the course of his life. He’s the one man, the earliest man, whom we meet as a young child and follow through to extreme old age. And in between, everything happens to him. Every good thing that you can imagine happening to a person — fame, success, love — and every bad thing, too.

He becomes an outcast and is called a traitor and has one wife who hates him and he becomes a murderer. Then he has to repent and atone for it. Then the children betray him, the children that he loved. He has to see them die and wonders if perhaps that happened because he was a bad parent. I can’t think of a bigger nightmare than that.

ArtsATL: This is the story of David, yet we know about him through Nathan’s voice and the people he interviews. Why did you choose to tell David’s life through the eyes of others, rather than through his own first-person perspective?

Geraldine Brooks: In Chronicles, there are two references to the book of Nathan. Nathan, of course, is the prophet who is very important to David’s story because he’s the one person who castigates the king. He’s also the person who is there when David is on his deathbed. He conspires with Bathsheba to get Solomon on the throne. This decision, to put Solomon on the throne, is the great redeemer of David’s reign because Solomon will become the byword for wisdom and good governance.

So Nathan is right there doing that, but we don’t have the book of Nathan. It’s intriguing to think: Well, did it crumble to dust in a cave or is it somewhere sealed up in an earthenware jar? And if it is, what kind of an account would a man like Nathan have given of David?

I’ve always loved the Hebrew prophets because they’re such voracious truth-tellers. They’re not afraid of being on the outside of power and telling truth to power or telling truth to societies who don’t want to hear it. They are some of the most difficult men in history. Once I read about the missing book of Nathan, I said: “That’s the book I want to write!”

ArtsATL: This story is thousands of years old, yet much of the plot — territory battles in and around Israel, people fighting in the name of religion or to gain power — is very familiar. What can we learn from this time period and David’s experiences to help us in our own?

Brooks: You can’t say it too often: “History’s not dead. It’s not even past.” When I started to write this book, I thought it was an arresting fact that General David Petraeus was nicknamed “King David” by his men when he was commander in Northern Iraq. Also, an arresting fact, like King David, Petraeus succumbed to temptations of power. He fell down on his own high standards, had an adulterous affair just like King David. And I thought, nothing changes. Human nature is so constant and the questions are always the same. How do you resist the hot temptations of power? How do you stay a good man when you’re in command? How do you stay true to yourself?

Brooks: The research was very different with this book. Usually, I dive into archives, and I look for letters and documents and journals, court transcripts if I’m dealing with people who didn’t know how to read or write. Often you can find verbatim testimony for those people. None of that is available for David, of course. Outside the pages of the Bible, there’s no written account of this guy at all.

It became a different kind of research, and it was quite fascinating. It was experience-based. I thought, well, I can research what Iron Age Israel was like 3,000 years ago. So I looked into the archaeology to learn about the material culture, what they ate, how they dressed, what was meant when they said “palace,” that sort of thing.

But what was most fun was going to the places associated with David’s life with my then 10-year-old son and doing things David would have done, like herding sheep, resting in a goatherd tent under the stars near some of the wadis or climbing through the caves when he was on the run from King Saul. That was terrific. I learned a lot from doing it, and I was able to incorporate a lot of that into the novel to give it a sort of vividness.

ArtsATL: A critic has observed that you “explore the meaning of faith and religion in ordinary life.” Why is this theme important to you?

Brooks: I think faith is where we grapple with the big questions. I think it is in faith where you see the raw struggle of human beings trying to make sense of our purpose and questioning how to live a meaningful life. That’s where faith is to me most positive.

The negatives are all around us. We see the misuses of faith constantly. We see faith used to drive wedges and hatred between people and demonize otherness. The brutalities that we’re witnessing with ISIS right now show the dangerous uses that faith can be put to and has been put to throughout history. I think it’s very compelling to examine what faith does for us and what it does to us.