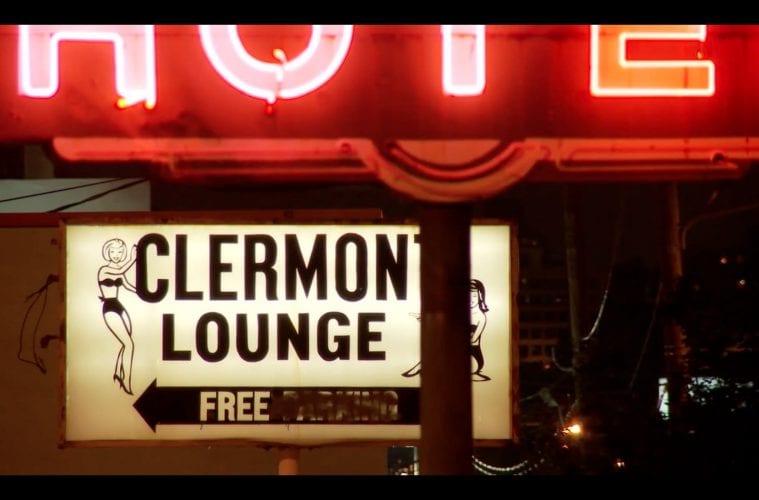 The Clermont Lounge has acquired an international cult following as Atlanta’s most colorful and eclectic strip club. Bill Murray, Robert De Niro, Jennifer Lawrence and Kid Rock are among the many celebrities who have frequented the nightclub and it was featured on Anthony Bourdain’s Travel Channel series, The Layover. But the Clermont Hotel, which houses the strip club in its basement, rarely gets any love or attention.

That should change with Heather Hutson’s 29-minute documentary short, Hotel Clermont, which is being shown at the seventh annual Atlanta Shortsfest Saturday at 10 p.m. at the Synchronicity Theatre.

When it first opened in 1924, the Clermont was considered a fashionable apartment building. It was later renovated as a hotel, but by 2009 the establishment had fallen on hard times. For many of the residents it was a welcome alternative to homelessness and affordable with rooms renting for less than $30 a night. But that same year, the hotel went into foreclosure due to numerous health code violations. The story might have ended there, but photojournalist Allen Sullivan and an Atlanta Journal-Constitution photographer, Elissa Benzie, decided to document on film the final days of the Clermont Hotel, its staff and residents. 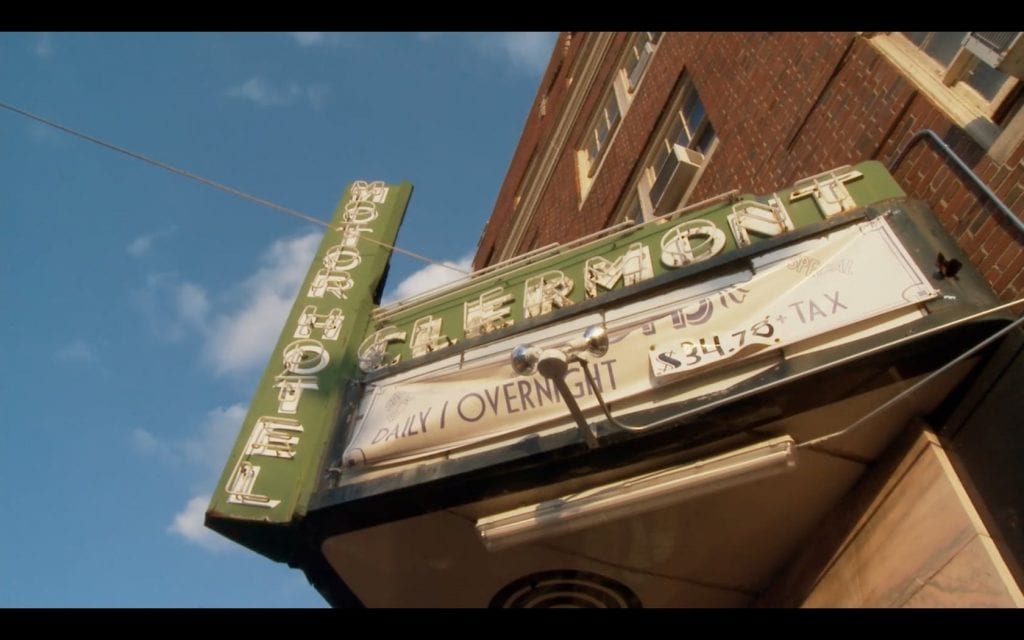 That footage, however, remained stashed away waiting for an outlet. In 2011, fledgling filmmaker Heather Hutson mentioned to a friend that she wanted to focus her career on Southern stories. That friend happened to be Sullivan’s cousin. “I watched his footage and fell in love with it,” Hutson says. “And I became determined to turn it into a movie. Fortunately, he was up for it so I started working with him, transcribing all of the interviews, organizing everything and trying to figure out how we could create a story arc.”

The production timeline of Hotel Clermont covered seven years. Sullivan and Benzie filmed residents and staff during the last six months of the hotel in 2009 and the film didn’t premiere until the 2016 Atlanta Film Festival. “Life happened,” Hutson says. “It wasn’t until 2015 that I really picked the project back up. That is when I met an editor in Brooklyn [Rob Porta] and the two of us worked fast and furiously to finalize this project.”

Born and raised in Atlanta, Hutson grew up with a strong sense of the city’s distinctive neighborhoods and communities. “Ponce de Leon was one of my favorite streets growing up,” she says. “I frequented all of the places: Krispy Kreme, Majestic Diner and the Plaza Theatre, where my mother would take us as kids to see The Rocky Horror Picture Show.”

The Clermont Hotel at 789 Ponce de Leon Avenue was also an iconic landmark for Hutson and the opportunity to pay homage to it reflects her own interest in historic preservation. “It’s really important to understand and cherish these older buildings because the walls have histories,” Hutson says. “They have stories to tell.”

Clermont Lounge fans will be happy to know that the fabled venue gets some screen time in Hotel Clermont but her main focus is on the hotel. “There is already a documentary on the lounge — AKA Blondie,“ the director notes. “But the lounge is absolutely a character in this piece so we interviewed Kathi [Martin], the strip club’s co-manager and co-owner.”

Other interviewees include Bill Clark, the hotel’s former manager, and Lillian Gaynor, who worked at the front desk for seven years. In addition to Sullivan and Benzie’s original footage, Hutson did additional filming. “We re-interviewed some people who had been interviewed before to fill in some gaps and we added a couple of people and shot additional footage,” she says.

In the years following the shuttering of the Clermont Hotel, there were concerns that the building might become another victim of Atlanta progress like the now extinct Gulf Oil Building (the first project of world renowned architect I.M. Pei) or the Equitable Building (Atlanta’s first skyscraper, built in 1892). Instead, the Clermont is being restored and renovated as a boutique hotel with a restaurant, rooftop bar and other amenities. The developers have also filed to have the property registered as a historic landmark. All of this is good news but for those interested in a look back at the hotel’s faded glory and final days, Hotel Clermont offers a rare insider glimpse of an Atlanta institution.

Hutson says that the current plan is to continue touring with the short on the film festival circuit and then approach a potential broadcast partner such as PBS for television airings. In the meantime, you can find out about other upcoming screenings by visiting the Hotel Clermont Facebook page.