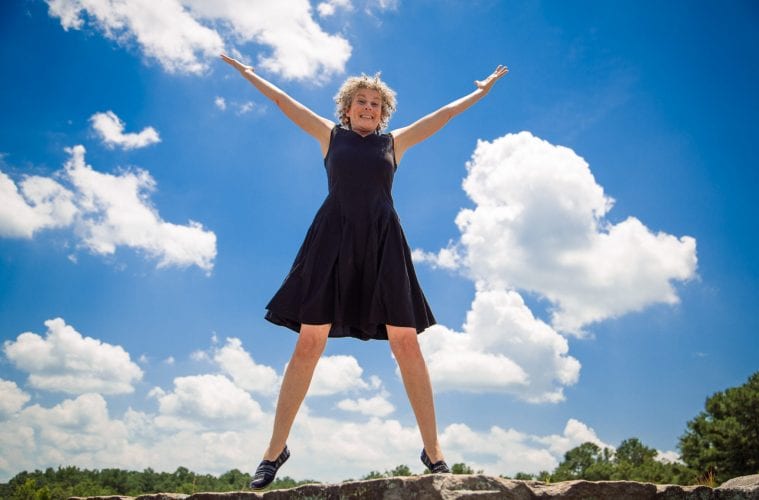 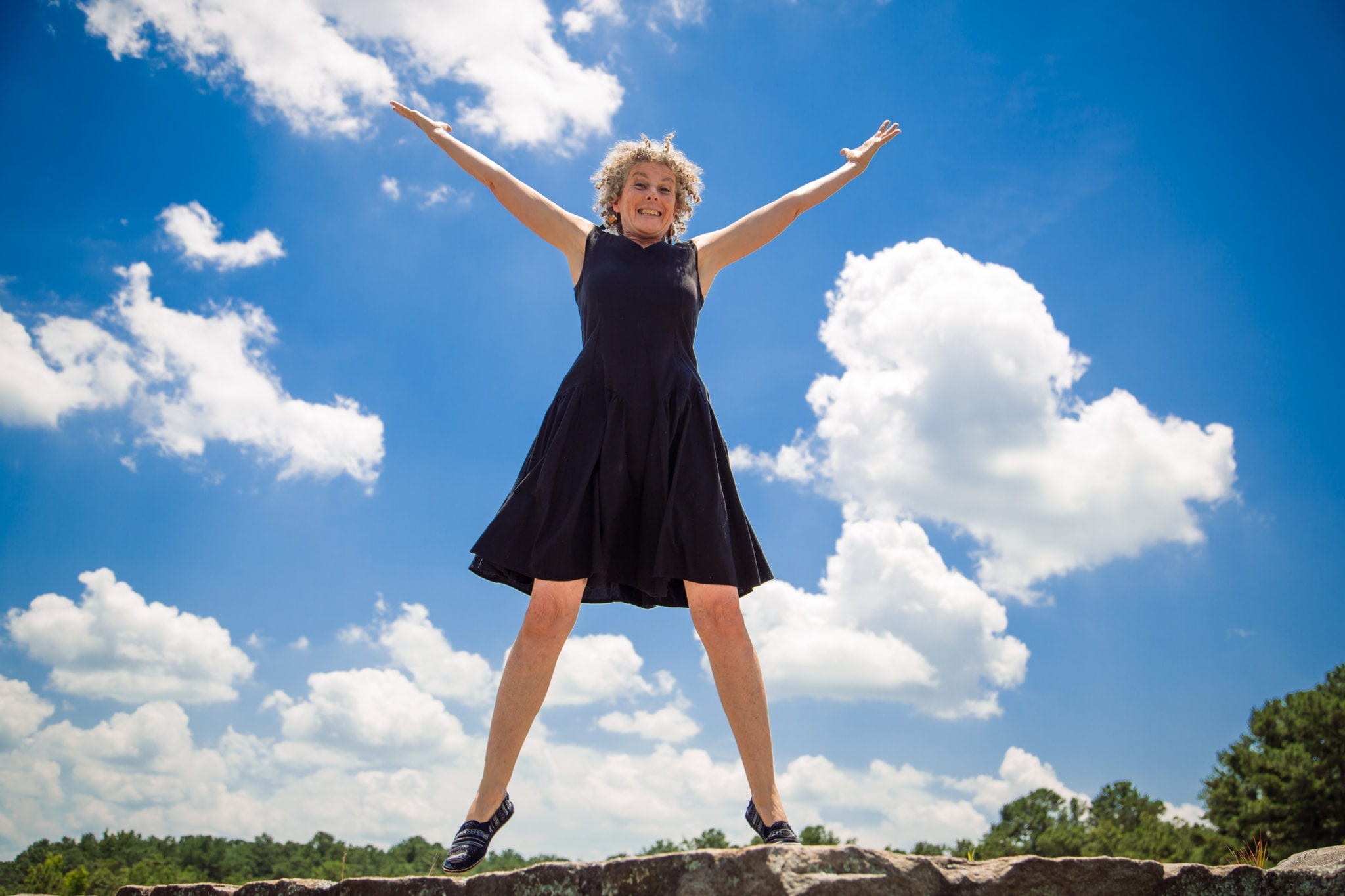 “My voice is my sword,” says Atlanta singer/songwriter Elise Witt, who celebrates the release of her 12th CD with a concert at Oakhurst Baptist Church on Thursday, October 1 at 7 p.m. “I think this is my most activist album yet.”

We’re All Born Singing is an eclectic mix, with flavors of salsa, folk and jazz. Witt admits she is hard to classify and likes people to make up their own minds. When she gave copies of the CD to the workers at her local post office in Pine Lake, they told her world music was the best fit. You get the feeling she enjoys feedback from her community just as much as from audiences at Spivey Hall or Carnegie Hall, where she used to sing annually with the Robert Shaw Singers.

Witt wrote all 16 songs on the album and has published a companion book of the lyrics. It includes the names of the many people who sing and play with her, and dedications to those who have inspired her. It’s a long list. 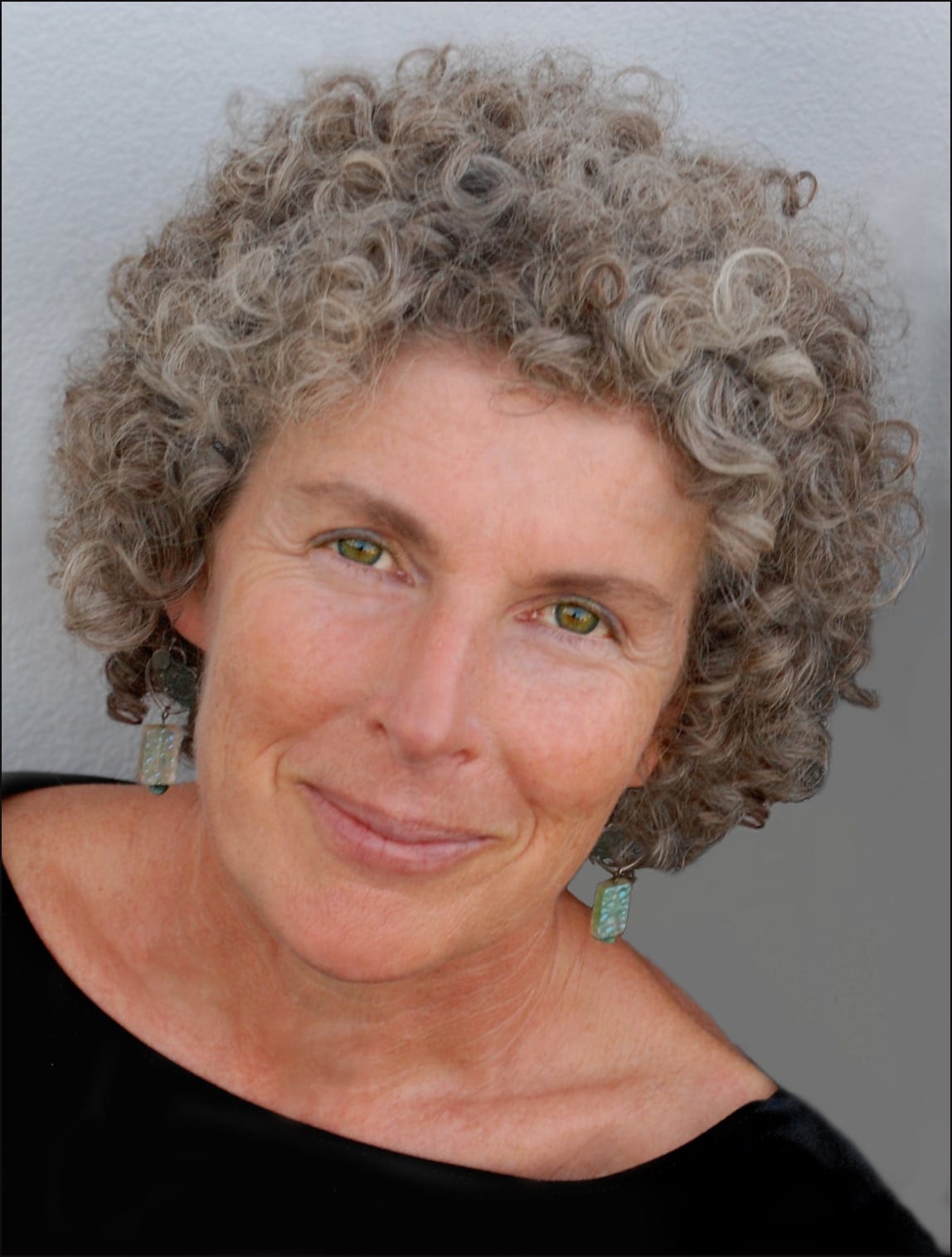 Witt has performed at the Kennedy Center and Carnegie Hall. (Photo by Irene Young)

It begins with the students at the Global Village Project in Decatur, a school for teenage refugee girls where Witt directs the music programs. The girls come from countries as diverse as Afghanistan, Burma and Ethiopia, all of which are represented on the album’s “I See You With My Heart,” a vocal collage of greetings sung by the girls in their native languages.

Witt uses singing at the school to help the girls learn English and gain self confidence. “My Journey Yours” also honors the refugee experience with layers of haunting, multilingual harmony backed by a drum beat and flurries of delicate percussion.

Like several of the tracks, “Break the Silence” features a wealth of different voices, not just Witt’s. It’s a call to speak out about injustice and is dedicated to Amy Goodman, founder of the progressive radio program, Democracy Now!, and Murphy Davis, co-founder of the Open Door Community, the Atlanta organization that advocates for the homeless and the incarcerated. Witt finished the song in 2012 in time for the first “One Billion Rising” event, Eve Ensler’s movement to end violence toward women.

In “Highway to Nowhere,” a jazzy number with a great trumpet solo, Witt sings about a 1.4-mile stretch of highway that was built in West Baltimore, splitting a prosperous African-American neighborhood in two. The neighborhood subsequently went through a decline and never fully recovered. “I wrote the song in 2011 for the Alternate ROOTS festival,” Witt explains. Alternate ROOTS is an organization of Southern artists committed to community service and activism. Witt has been a member for most of its 39 years of existence.

Witt’s activism is gentle but consistent, like water on a stone. Take her community “Singing for Fun” classes, which hundreds, if not thousands, of people the world over have enjoyed since Witt started the classes 37 years ago. (Disclaimer: I was one of them. We used to sing Monday nights at a church in Candler Park.)

Witt doesn’t shout her politics, but the songs she teaches in these classes are always positive, often global, with peace and harmony at their core. No surprise then that there’s a track on the album called “Peace with Harmony.”

Witt wants to change the world, but she can also be playful. The last song on the CD is “Salsa Garden,” a feast of cumin, coriander and dancing in the garden, backed by Mexican-inspired brass. 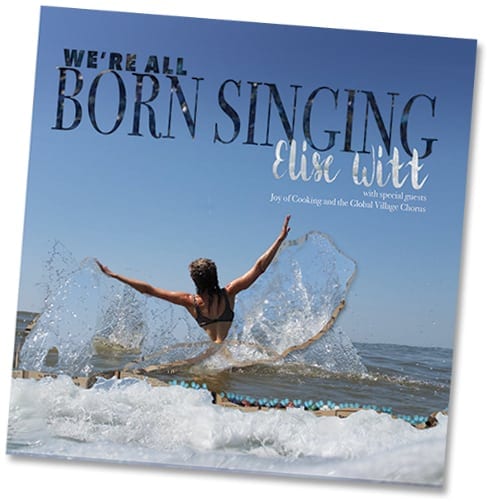 The ballad “Dust” is a unique celebration of cosmic and household dust. It includes a line about spiders, perhaps inspired by her father, Dr. Peter N. Witt, a pharmacologist and researcher known in the 1980s for his experiments administering LSD and other mind-altering drugs to spiders.

Witt inherited her activism and her music from her family.

For starters, she counts Felix Mendelssohn among her ancestors. Her father’s instrument was the cello. Her mother, now 96, still plays the piano and when Witt was a child, sang to her in German. “In America, images of Germany have come through war movies and Hogan’s Heroes,” Witt says. “But for me, German is the language of lullabies and children’s songs, soft and beautiful.”

Growing up in the 1960s and ’70s, when singer-songwriters were a dime a dozen, Witt knew she had to find a niche for herself if she was to make a living singing. Witt knew she could do something that not many other people could — speak five languages: German, English, French, Italian and Spanish. Since then, she has developed a huge repertoire of songs in those languages and several others. As we chatted via Skype, ever so often she would break into song, or into a flurry of German or French or Italian.

Witt was born in Switzerland. Her family immigrated to the United States when she was four and settled in a small town in North Carolina. Her parents were community activists and her mother, who taught French and Dalcroze Eurhythmics, a developmental approach to teaching music, once organized a protest with her elementary school students in an effort to get train service to their town.

Her high school music teacher, Charlie Burt, was a big influence too. A jazz pianist “with very small hands,” he taught concert band, marching band, jazz band, women’s ensemble — and driver’s ed. “He was amazing,” recalls Witt who was in the ensemble for four years. “He would sit at the piano and we would sing everything from classical to pop.” And yes, he taught her to drive, too.

Choral director Robert Shaw was another mentor. For 20 years, she sang with the Atlanta Symphony Orchestra Chorus and the prestigious Robert Shaw Singers. She’s studied with Bobby McFerrin and credits Rhiannon, a jazz singer who tours and teaches with McFerrin, with expanding her range several octaves. “You know how instruments are more valuable as they get older because the music vibrates in them? I think we get better as we get older,” she says with a grin.

Witt has accomplished so much in her 62 years it’s difficult to take it all in. She designed music programs for elementary and high schools in rural Georgia, toured with her own band for 10 years, was Atlanta’s cultural ambassador in Nicaragua during the Sandinista revolution, represented Georgia at the Kennedy Center’s 25th anniversary, and this year took home the William L. Womack Creative Arts Award, given each year by the Atlanta Interfaith Broadcasters television network.

“One of my missions in life is to get people singing again,” she says. “This album is about the power of singing to vibrate us, body and soul, and to bring us together as a community. When we sing together something very powerful happens. We come together in one voice.”