Forrester’s film explores geophagy, or earth-eating, but specifically the practice of eating kaolin, a finely granulated clay also known as “white dirt.” A popular resource used primarily as a paper filler but also in the manufacturing of porcelain, lightbulbs, toothpaste, and a wide range of other industrial products, kaolin is mined in Georgia from massive reserves along the Fall Line. Eat White Dirt dips into the mineral’s historical, geographic, and economic functions, but in the service of chasing the primary question: Why do people eat earth? 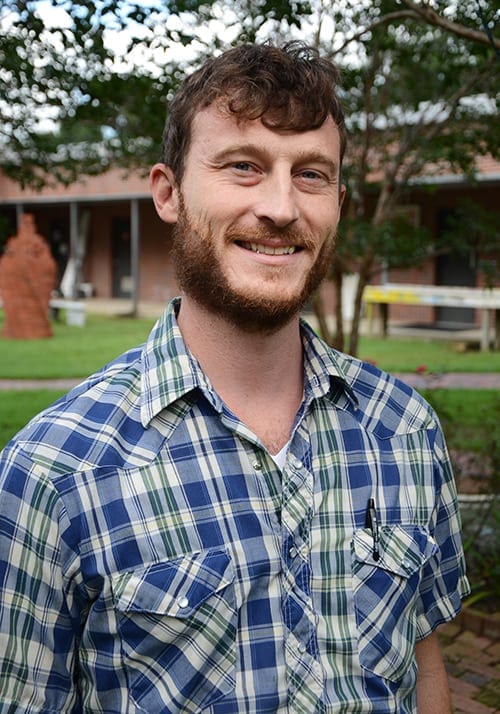 This carefully woven project weaves in, both in content and form, a variety of different perspectives and textures. A host of storytellers and specialists weigh in on the subject of earth-eating, their opinions and experiences are at turns cautionary and celebratory, and sometimes — as in the case of central storyteller Tammy Wright’s account — a blend of the two at once.

In anticipation of his film’s return to Atlanta, Forrester spoke with ArtsATL about the stigma attached to geophagy in the South, his own views on the practice, and what’s next for Eat White Dirt.

ArtsATL: You released Eat White Dirt last May. Since then, you’ve been riding the film festival circuit and picking up some prestigious awards along the way, including Best Documentary from the Landlocked Film Festival and Rome International Film Festival. You’ve gotten some great press, including features on NPR and VICE. I saw Eat White Dirt last June at The Bitter Southerner event at The Goat Farm Arts Center and even sampled some of the kaolin you provided at the reception. What’s Eat White Dirt been up to since June?

Adam Forrester: Yes indeed! The festival circuit has been a bit of a roller coaster. We had a busy summer full of several last-minute submissions and screenings. Those you mentioned, Landlocked and Rome, we screened the film in Mobile and in Hale County, Alabama for the Do Good Fund. Thankfully, the fall was somewhat restful and since February we’ve been prepping for a festival or at a festival nearly every week. There was Santa Barbara International Film Festival, followed by Thin Line Film Festival in Texas. We’ve got three more coming up in April and one more in May.

ArtsATL: How has touring with the film — playing spokesperson and, in a sense, interpreter for a phenomenon that is literally and figuratively grounded in the South — influenced your sense of yourself as a Southerner, and of the South more broadly?

Forrester: It has been really interesting to witness audience’s reactions to the film. There was a time when I lived in Southern California that I was a bit hesitant to mention where I was born. This film has really truly allowed me to re-connect with my own identity, rooted in this region: a place that has an overwhelming amount of both beauty and tragedy. The film has definitely received more screen time in the South, but I have really enjoyed representing the film in places like Santa Barbara, for instance, that may have never heard of this phenomenon. 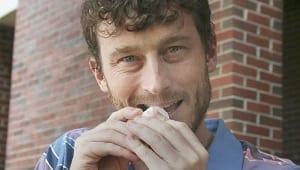 ArtsATL: There is a lot packed into these 37 minutes. Would you give a general explanation of how those four years of the project were divided up?

Forrester: I spent the first year of the project truly wandering around with a camera, not really having much direction, but just being fascinated with the physical nature of the material of kaolin within the landscape. I spent some time in the kaolin mines, and visited the “Kaolin Capital of the World,” Sandersville, Georgia. After diving into more academic research and anecdotal accounts, I realized the phenomenon needed a spokesperson. Tammy Wright ended up filling that role.

ArtsATL: Tammy Wright is so dynamic and open, I would think that finding her would be a sign you were on to something good. How did you find Tammy, and the other geophagy practitioners featured?

Forrester: Tammy was living in Greensboro, Georgia. This was a town I visited frequently while I was living in Athens and beginning some of the preliminary research. Once while talking with a clerk at a convenience store in Greensboro, I mentioned I was looking for geophagy practitioners to interview and she mentioned that I needed to talk to Tammy. She didn’t have a way to get in touch with her, but my interest had been piqued. Greensboro had a small local paper and I decided to put out a casting call, so to speak, asking people to tell me their stories about earth-eating. At some point, Tammy called and after talking on the phone, my partner and producer, Emily, and I decided to come out and spend the day with Tammy and her daughter. 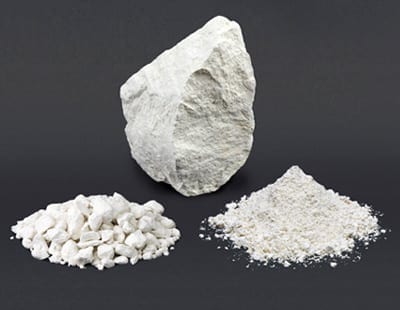 Kaolin is used in products from paper to toothpaste.

ArtsATL: Did you meet many other people who practice geophagy but weren’t comfortable talking about it on film?

Forrester: Yes. I met a professor who practiced geophagy, who didn’t want to be filmed. I met another woman who grew up eating clay that was more red than white, she even mentioned how much she enjoyed licking the dusty chrome bumpers of cars as a child. It would’ve been a great side note, but this is a topic that for many practitioners is shameful. There’s a long and problematic history of people pointing fingers and looking down on others for eating the earth. What I set out to do with this film is hopefully address some of the shame that has, for a long time, been associated with this practice. I set out to try and dissociate embarrassment or shame with this practice. I wanted to celebrate this phenomenon. I want the audience to recognize there could in fact be more to this practice than we may assume. And the final scene is designed as somewhat of an invitation for the audience to partake themselves.

ArtsATL: But then begs the question — which feels like a very Southern or at least very American question — when a stigma of a practice is based on, and then in practice enforces, cultural assumptions rooted in stereotypes, how can one navigate that disconnect representationally?

Forrester: My hope is that the film recognizes some of our cultural assumptions and then sets out to challenge those. Does that happen with every screening? I can tell you from first-hand experience it does not. I can remember walking away from a particular screening and feeling like a few of the audience members mis-read Tammy. It felt like they were, in a way, laughing disrespectfully at her. I set out to give Tammy a platform, to really allow her to guide us through all of our misconceptions about geophagy. Sometimes prejudice does get in the way. I’ve gotten some really horrendous calls/emails that treat practitioners of geophagy very disrespectfully. This mindset is precisely what I hope to change with this film. I agree with you, “reality” sometimes hides and I think this may be where authorship comes in. It may be the artist’s responsibility to fill in those gaps when necessary.

ArtsATL: You’ve said that you “want to understand that need and that relationship, why someone would want to put a piece of the earth inside of them,” and stressed that this practice is about as “intimate” as one can get with the earth. What is your current understanding of that relationship, that drive?

Forrester: I truly believe that eating earth is an almost visceral response to a material that has been shown to have positive medicinal health effects. At the same time, the drive to eat so much of this material that it causes harm to one’s body remains a mystery to myself as well as the medical community. There’s something about this drive to eat earth that remains elusive and that sense of the unknown, of wonder and possibility, those things enhance my own understanding of what it means to be human.

Forrester: I’ve got some interest in possibly expanding this into a longer form project, either a feature or something episodic, so fingers crossed for that. Our festival run will be complete by late summer or early fall and then the film will be released for streaming.