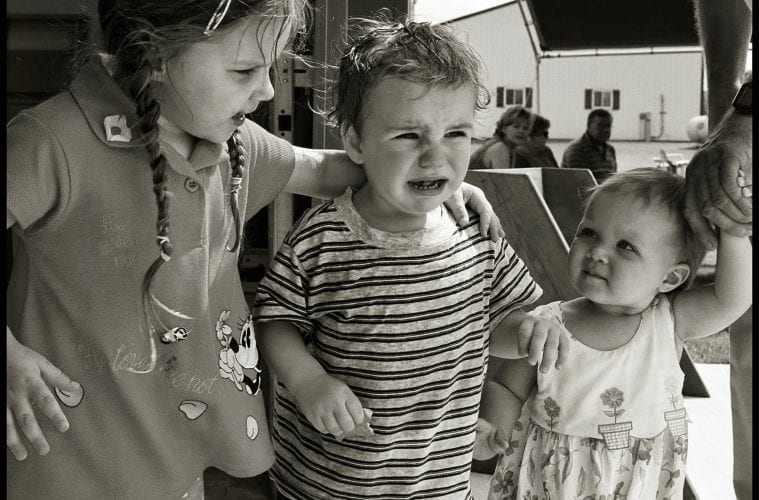 Preview: A conversation with Kate Sweeney about her parenthood-centric series, Tantrum!

For four years, from 2010 to 2014, Kate Sweeney, a writer and host for WABE, ran a popular reading series out of Kavarna coffeehouse called “True Story!” The bi-monthly readings entertained rapt listeners and helped catalyze a renaissance of Atlanta’s literary scene. But then motherhood happened and Sweeney decided to take time off to have a baby. She was pleased to discover, even when exhausted and sleep-deprived, that maternity inspired her imagination.

Thus, “Tantrum” was born. Sweeney’s new, playfully-named reading series will give writerly parents an outlet to vent, brag and compare notes. The first event is 7-9:30 p.m. on Saturday, July 16, at Kavarna in Oakhurst. Line up a babysitter for the little ones because “there will be cursing,” she says wryly. Sweeney took a break from her busy schedule to answer a few questions for us. 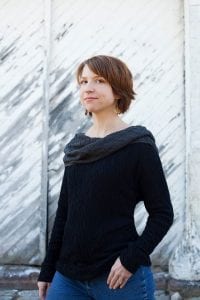 ArtsATL: How did you *conceive* this concept?

Sweeney: Tantrum is a show about raising kids. I’m also calling it “a night of non-corny parental super-bonding.” Because it’s really both. I was home with my sick toddler one day earlier this year, “getting work done” on my computer as he lay in his crib and fussed and fussed, like, forever. (In some alternate universe, it’s still that afternoon, and he’s still fussing.) He needed to nap! He was exhausted! I was exhausted! And I was sitting there thinking that, the moment he fell asleep, I could get some work done. Then he did fall asleep. The moment that happened, did I become the Model of Industry? No. I walked over to the sofa and, friend, I crashed. The moment before I fell asleep, I had this vision, and it was Tantrum.

ArtsATL: What are your goals with Tantrum?

Sweeney: The thing is, there are great, like, mama-social-media groups out there, and podcasts, too, but nothing compares to being in a room with real people. And a lot of parents, especially during the earliest parenting years, really miss just simply being with other adult company. It’s also really nice to be reminded that you’re kicking butt at this parenting thing, and Tantrum’s really all about that, too. So, this is a reading, yes: There will be three fantastic readers telling tales of their own parenting adventures and misadventures, but it will also be a social event for parents. A badass parenting club! We may be designing our official tattoos at the first meeting; we’ll see.

ArtsATL: What format will it take? True Story! was unique because you had your readers bring in mementos and talismans – will Tantrum include such accessories?

Sweeney: I’m super psyched about the format. Tantrum takes place every other month. Three readers at each: Laurel Snyder, Jamie Allen, and Rebecca Kaye headline the July event. They will tell great personal stories about being parents. But between readers, we’ll also give people in the audience the chance to share their own short Parenting Moments of Glory. This could be a true moment when you rocked it as a parent, an ironic “moment of glory” in which you screwed up, or just a time being a parent made you learn something huge. These are short moments you can share in a minute or less; think of it like a social media status update — only, in a room! With people! Oh, and there will be prizes. Stupid prizes. So, you were asking about accessories: I guess those count.

ArtsATL: You penned a well-received book about the rituals of death called American Afterlife, and you’re a well-known cemetery buff with an intellectual interest in mortality. Will that theme come up during Tantrum?

Sweeney: Wow! That could absolutely be a theme one night. Parenting is scary. I don’t mean to sound like one of those holier-than-thou moms who say, “It changes you,” but . . . it changed me. There are so many topics that are possible here, and one of them is absolutely something awful and extremely common, like miscarriage. There’s also your child’s first curse word, being the only dad at a play-date, having a transgender kid, and poop in the bathtub. Hell, all of these things we just don’t talk about very often or openly could potentially turn up in a single Tantrum reader’s story; who knows.

ArtsATL: What need will Tantrum fulfill?

Sweeney: Raising kids is . . . hard! AND YET fun! Mind-blowing! AND YET mind-numbingly dull! Life-changing! AND YET brain-rotting! Tantrum is a night to celebrate it all while reminding one another: YOU, dear parent, are kicking ass. Sync the family calendars. Leave the kids at home. It will be worth it.

ArtsATL: How would you describe Atlanta’s literary scene right now?

Sweeney: I am just coming out of earliest motherhood, which, for me, means my focus has been very domestic for the last year-and-a-half or so. This means I’m not as in touch with Atlanta’s live lit scene the way I once was, and I’m probably not a good person to take its pulse these days. Certain shows that I do follow remotely, like Write Club and Scene Missing, certainly seem to be kicking it.

ArtsATL: What else are you working on these days?

Sweeney: As I said, I’m sort of emerging from this very inward-facing stage in life, and I really feel like I’m being reborn these days, with my kid entering the prime days of toddlerhood. That’s a freaking BLAST. (I mean that un-ironically. It’s great.) So I’m enjoying that. It’s exhausting, too. I’m also still producing radio stories at WABE, and writing, too — nothing worth writing home about right now, but just enjoying myself.