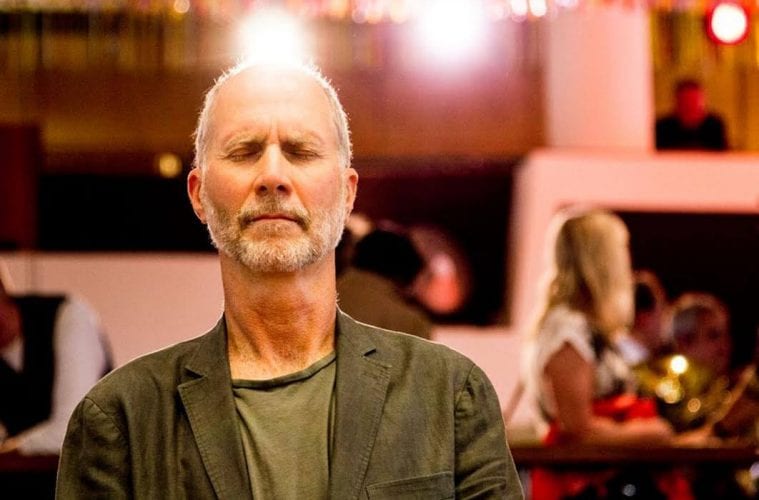 Editor’s note: “Sila,” which was originally scheduled to take place on Friday, April 7 from 12 p.m. to 1:20 p.m., has been postponed until Saturday at 12 p.m. at an indoor location. This article has been amended to reflect this change. We will update as we know more.

Born in Meridian, Mississippi in 1953, John Luther Adams is a composer of music whose life and work are deeply rooted in the natural world, in particular the landscapes and environment of central Alaska, around Fairbanks, where he lived from 1978 to 2014. He was awarded the 2014 Pulitzer Prize for Music for his symphonic work “Become Ocean,” and subsequently won, for the same composition, a 2015 Grammy Award for Best Contemporary Classical Composition.

Also an active environmentalist, Adams was the recipient of the Heinz Award in 2012 for his contributions to raising environmental awareness, and in 2010 was awarded the Nemmers Prize from Northwestern University “for melding the physical and musical worlds into a unique artistic vision that transcends stylistic boundaries.”

This weekend, the Georgia State University School of Music will host Adams in a three-day composer residency, April 7–9. Three concerts of Adams’ music will be presented downtown as part of the residency’s public events:

Saturday, April 8 from 12 p.m. to 1:20 p.m., School of Music faculty and students will perform the southeastern premiere of Adams’ “Sila: The Breath of the World,” for multiple ensembles spread across Woodruff Park. In addition, on Friday at 3 p.m., Adams will give a lecture about his music at Florence Kopleff Recital Hall — also free and open to the public.

Saturday, April 8 at 8 p.m., a concert entitled “Chamber Music by John Luther Adams” will be performed by GSU School of Music students at the university’s Florence Kopleff Recital Hall.

Sunday, April 9 at 3 p.m., Bent Frequency, the professional contemporary music ensemble-in-residence at GSU, will perform more of Adams’ music at the Rialto Center for the Arts.

Saturday and Sunday’s concerts also fall under the umbrella of the SoundNOW contemporary music festival taking place this week.

ArtsATL reached Adams in Mexico, where he was in the midst of composing, to ask him a few questions in advance of his arrival in Atlanta this week.

ArtsATL: Before you moved to Alaska in 1978, you spent some time in Georgia. What experiences here had a positive influence in the direction your compositional ethos and style would take during your years in Alaska?

John Luther Adams: In the early 1970s, I lived for three years on an old farm south of Atlanta, where I worked as a farm hand, a part-time librarian, and grew organic vegetables for market.

I took long walks in the woods, and became captivated by the music of the birds, which led me to compose “songbirdsongs” — an extended cycle of pieces for piccolos and percussion. This was really the beginning of my own musical voice.

I made frequent canoe trips and hiking trips in the mountains, and I spent as much time as I could in Okefenokee Swamp. It was in Okefenokee that I got the idea for “Night Peace,” which I composed for my dear friend Kevin Culver, who had just founded the Atlanta Singers.

In the summer of 1975, I made my first trip to Alaska. Immediately, I knew I had found my true home. And it wasn’t long before I made the move North. But it’s no exaggeration to say that my life’s work really took shape while I was living in Georgia.

ArtsATL: For those unfamiliar (or less familiar) with your work, how might they best approach experiencing the upcoming performance of “Sila: The Breath of the World”?

Adams: I would simply invite people to come with open ears, and follow wherever your ears may lead you. You may choose to root yourself in one location and let the music move around you. But you can also choose to walk around and actively shape your own “mix” of the music.

ArtsATL: How does it epitomize your compositional and social ethos?

Adams: First and foremost, “Sila” is music. And if music doesn’t touch and move us as music, then it means nothing. However, I also believe that music can serve as a sounding model for the renewal of human consciousness and culture. I imagine a culture in which we human animals become more deeply aware of how our voices fit into the larger, never-ending music of the world around us, a culture in which we live more in harmony with one another, and with the earth.

ArtsATL: What project have you most recently been working on (composing in Mexico)?

Adams: For the last several months, I’ve been at work on two large-scale projects. One is an extended orchestral work titled “Symphonies of the Blessed Earth.” The other is an outdoor work for massed voices in six choirs, singing the names and the forms of mountains and rivers, on all six continents.

ArtsATL: How has your departure from Alaska and working in new, different environments (New York and Mexico) impacted your sense of the relationship of an artist’s “internal geography” and “external geography”?

Adams: All my life, I’ve been trying to compose home. Alaska is my home, and it always will be. But my sense of home is expanding. I also feel deeply at home in the desert. And, more and more, I feel myself as a citizen of the earth — this beautiful stone spinning in space that is the only home we will ever know.