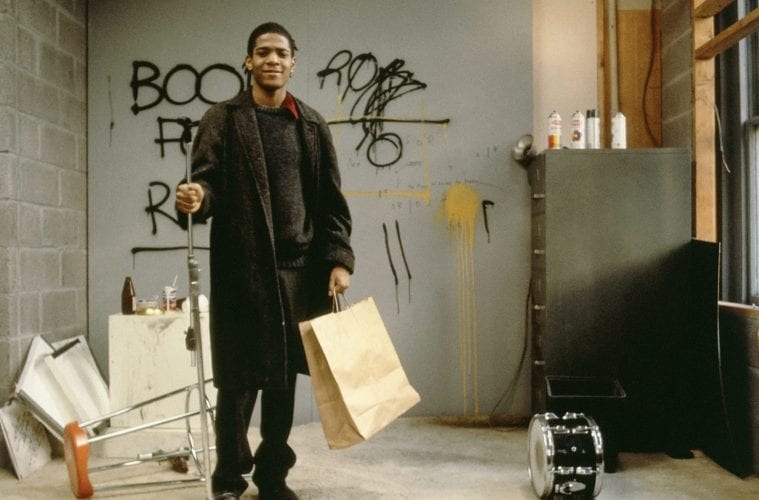 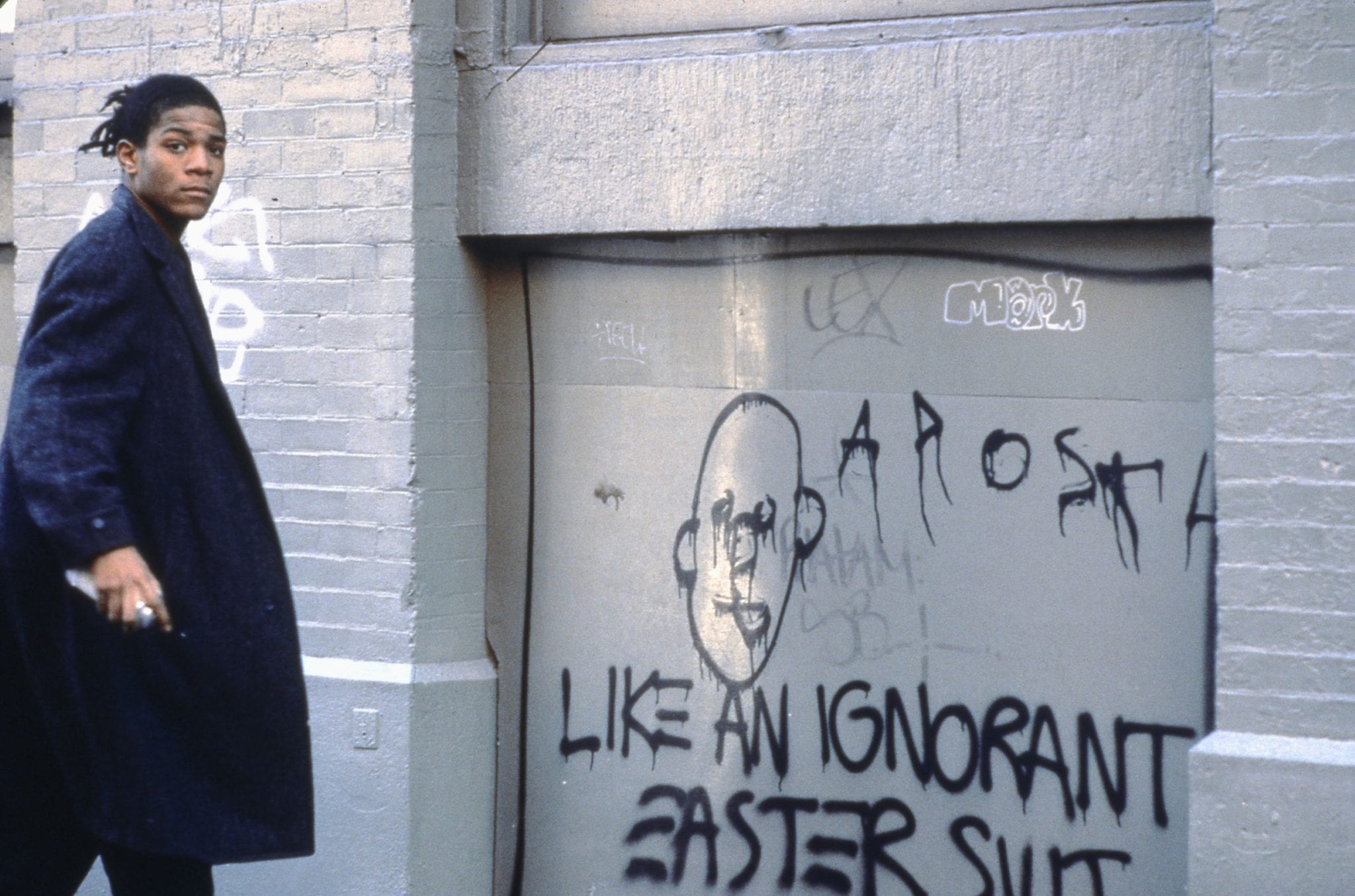 Late last summer, New York rapper Fabolous entered the Brooklyn Museum to see its Basquiat: The Unknown Notebooks exhibit. Featuring 160 pages from eight of Jean-Michel Basquiat’s notebooks dated from 1980 to 1987, the exhibit showcases where Basquiat refined the wry prose, Gray’s Anatomy-inspired skulls and graffiti-ed penmanship — all caps, his E’s without the vertical vertices — seen throughout his work. Fabolous was unfamiliar with his work at the time, though he quickly identified with what was displayed. “[Basquiat’s] composition notebooks, those are the same books I used for school,” he said to Billboard.

Artists of color have long identified with Basquiat, who became the first black American artist to become an international star by the mid 1980s, before his tragic death at age 27 in 1988. His art is an avant-garde appropriation of African art imagery, articulating what it means to be black in America. “I realized I didn’t see many paintings with black people in them,” he once said — and so he depicted them, whether “Hollywood Africans,” jazz great Charlie Parker or the “Undiscovered Genius of the Mississippi Delta.” 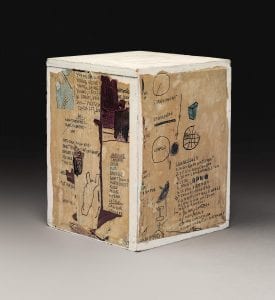 Today, at a time when art institutions can still be seen as closed off to the general public, Basquiat’s art still serves as an entry point decades later. The proof is in how hip-hop — a community still often overlooked within the high art realm — has embraced him and his work in recent years.

It is worth mentioning that Basquiat has long had hip-hop ties. In 1981, he popped up at the turntables in the first rap video to air on MTV, for Blondie’s “Rapture.” In fact, he appears at Debbie Harry’s lyrical mention of Fab Five Freddy as a prominent graffiti artist, and also the primary curator during hip-hop’s formative days. By 1983, when MTV introduced the world to hip-hop with its movie Wild Style, Fab Five Freddy had orchestrated events that featured Basquiat alongside formative hip-hop artists like Afrika Bambaataa — having New York’s arts and music worlds collide.

At some point, however, the two worlds became estranged again. It was only in 2005 that producer Swizz Beatz started collecting Basquiats, Harings and Warhols, only for his music industry peers to laugh at him: “Oh, he’s putting paintings on his wall. He’s going crazy.” 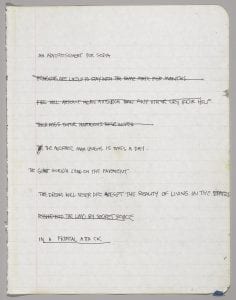 Once his pal Jay Z finally came around, however, to checking out Basquiat but also fine art in general, so did hip-hop. In 2012, the Brooklyn rap mogul was in an ad for his own cognac D’usse, smoking a cigar and staring at Basquiat’s 1983 “Untitled.” The following year he rapped “I’m the new Jean-Michel” in a song called “Picasso Baby,” for which he filmed a Marina Abramovic-inspired video, featuring Abramovic herself, at the Museum of Modern Art. Other rappers like Nas and Lil Wayne would soon follow suit and lyrically compare themselves to Basquiat, and their lyrics to his work. “This is John Gotti painting pictures like Dali / This is Basquiat with a passion like ‘Pac,” Killer Mike raps in 2012’s “Untitled.”

In 2015, Drake curated a Sotheby’s exhibition called I Like It Like This, in which 21 works total were paired with hip-hop and R&B songs. Viewers would walk up to Basquiat’s “Black” and “Jazz” paintings, to hear Yo Gotti and 8 Ball’s “Gangsta Party” blast from Beats by Dre headphones.

Why does Basquiat’s work resonate so strongly with hip-hop, decades after his death? Michael Rooks, curator for Atlanta’s High Museum of Art, which hosts Basquiat: The Unknown Notebooks next, from February 28 to May 29, has a theory: Artists like Basquiat and Swizz Beatz have had to work under similar circumstances — that is, as black artists working in predominately white and Eurocentric industries. They make a fortune while also being critically overlooked by major institutions, as when MoMA rejected Basquiat’s work or the Grammys doesn’t televise its rap awards, whether in 1989 or 2015. 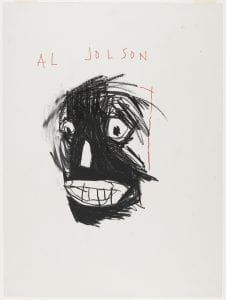 “[Basquiat] was still in the outside while being the ultimate insider,” he says. “That’s the connection that I think he would have with hip-hop, and the notion of having to do it yourself. Because you’re outside the mainstream and you’re not going to get a leg up in the mainstream world with the recording industry. [You’re] just creating it yourself, making your own market and making your own situation and system, becoming a producer of your own work. And that spirit of independence and resistance to the restrictive and racist systems that want to maintain the status quo — that is what Basquiat came to symbolize after his death.”

As Jay Z puts it in his liner notes-inspired biography Decoded, hip-hop stars like himself must still pick up where Basquiat’s grind left off: “One critic said about Basquiat that the boys in his paintings didn’t grow up to be men, they grew up to corpses, skeletons and ghosts. Maybe that’s the curse of being young, black and gifted in America — and if you add sudden success to that, it only makes it more likely that you’ll succumb, like Basquiat did in a loft not far from the one I live now, a loft filled with his art … I’m trying to rewrite the old script, but Basquiat’s painting sits on my wall like a warning.” 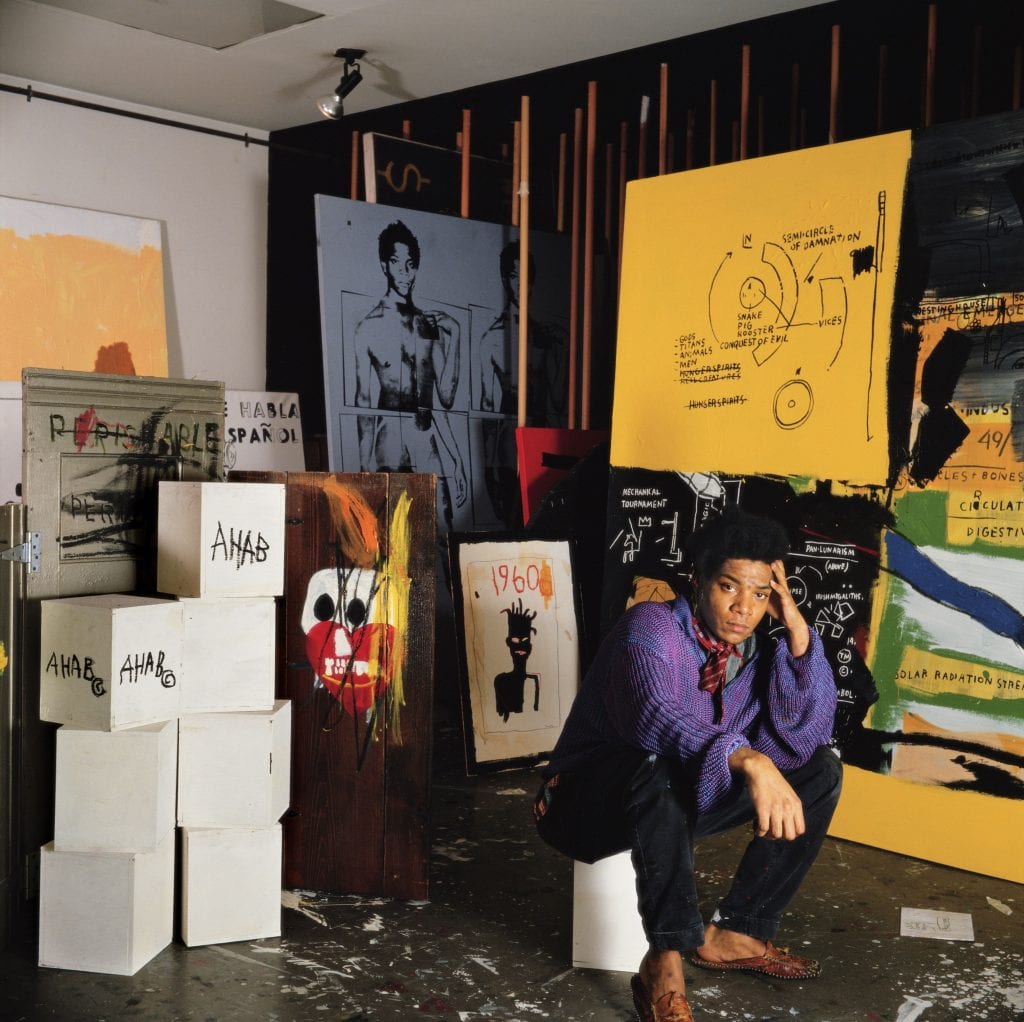 That work won’t be at all easy, though. As Fabolous saw at the Brooklyn Museum, artists like himself can help expand what the general public considers to be art. “Even though [Basquiat] didn’t think of himself as a poet, a lot of rappers write down ideas and verses in the same way he did,” he says.

At one point he faces the notebook pages framed and hung on the wall. “I see a lot that would have been one-liners or punchlines.”