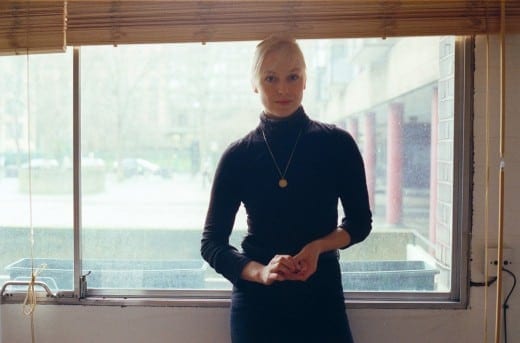 News Briefs: ART PAPERS’ Editor Victoria Camblin gets a fellowship, The High names Mark Bradford the recipient of the Driskell Prize and more

Victoria Camblin, the editor and artistic director of the Atlanta-based magazine and contemporary art nonprofit ART PAPERS, has been selected as one of the five recipients of a writing fellowship from the Robert Rauschenberg Foundation. Designed “to foster new discourse about arts and culture that reflects the diversity of the nation, and increase awareness of culturally rich enclaves often not identified as art centers,” this fellowship will support the writing of long-form pieces for publication in Art in America. Award recipients are writers in a range of disciplines from around the country, each of whom will write about arts and culture in their respective cities.

Amplifying the groundbreaking work of Atlanta arts institutions like Nexus Contemporary Art Center and ART PAPERS, both founded in the mid-1970s, Camblin’s work embodies the legacies of innovation and risk-taking supported by the Rauschenberg Foundation. Since coming to Atlanta in 2013, Camblin’s leadership at ART PAPERS has built on and activated the city’s fundamentally contradictory identity as both a provincial creative community and an increasingly galvanized global city where, as she says, artists “are trying against infrastructural odds, but amid a lot of positive talk of change, to get a community together.”

Camblin’s vision of Atlanta puts it on the cusp of dynamic change, not only within the overlapping art communities that already animate it, but also in the city’s public consciousness of itself as a historical site of divisive socioeconomic and racial policies. How this history continues to structure contemporary Atlanta in the distribution of mobility — or lack thereof — pose integral questions for Camblin, ones that the Rauschenberg fellowship will allow her to address.

In a city where relatively cheap living standards and a diverse urban landscape are being transformed by development, it’s sometimes difficult to imagine how investment in the arts (and artists) can show its value. For Camblin, it’s “through a process of education that falls to institutions like ours, to collectors, funding bodies and policymakers who have the foresight to invest in culture.” It’s also in reformulating worn-out ways of imagining public art and in looking to diverse international examples for how to grow culture. “[A]rt in public space isn’t for decoration,” she says, “it needs to be about an expansion of and exposure to ideas — about mobilizing and engaging and catalyzing.” The goal isn’t to establish Atlanta as a member of the New York/Los Angeles “art center oligarchy,” but “to facilitate more circulation, more movement toward both the heart of communities, and their margins.”

While Camblin is among the first recipients of this writers’ fellowship, other Atlanta-based artists and arts organizations that have received support from the Robert Rauschenberg Foundation in recent years include Dashboard, Eyedrum, glo, Living Walls, The Lucky Penny and Alternate ROOTS. Keep an eye out for Camblin’s piece later this year and don’t forget to pick up the new issue of ART PAPERS, a special issue, “Terminus,” co-edited with Ryan Gravel, devoted to art, architecture, design and aporia in Atlanta’s transportation networks.

The High Museum of Art has named contemporary artist Mark Bradford the 2016 recipient of their David C. Driskell Prize. Founded in 2005, the prize recognizes emerging or mid-career scholars and artists with a focus in African-American art or art history. Bradford will be honored at the Driskell Prize Dinner at the High on Friday, April 29, at 7 p.m.

The Los Angeles-based abstract collage artist is most known for exploring the convergence of socioeconomic and political forces. Most of his works are much larger in size and employ found materials — string, carbon paper and billboard paper — to create detailed layered forms and lines. With over 40 solo exhibitions to his name over the past 20 years, his work is included in the permanent collections of the Guggenheim, the Walker Art Center and the Los Angeles County Museum of Art.

“Mark Bradford is a wonderfully important voice in contemporary art,” said Rand Suffolk, the High’s Nancy and Holcombe T. Green, Jr., director. “His work and life powerfully advocate for social change and provide poignant 21st century perspectives on the politics and psychology of human interaction. The boundary-pushing nature of his practice embodies the spirit of our annual Driskell Prize, and we’re proud to honor him in this way.”

ArtsATL is pleased to announce that the Turner Voices Foundation has issued them a grant totaling in $2,500 for its forthcoming 2016 Teen Cultural Correspondents program.

“We could not be more excited to start our Teen Cultural Correspondents program,” says Executive Director Susannah Darrow. “This summer, we will be working with teens from around the city to report on issues and opportunities in the arts that directly affect their lives. This new support from Turner Voices for the program not only provides us with financial support, but also the amazing resource of experienced journalists who will serve as mentors for the teens as part of this program.”