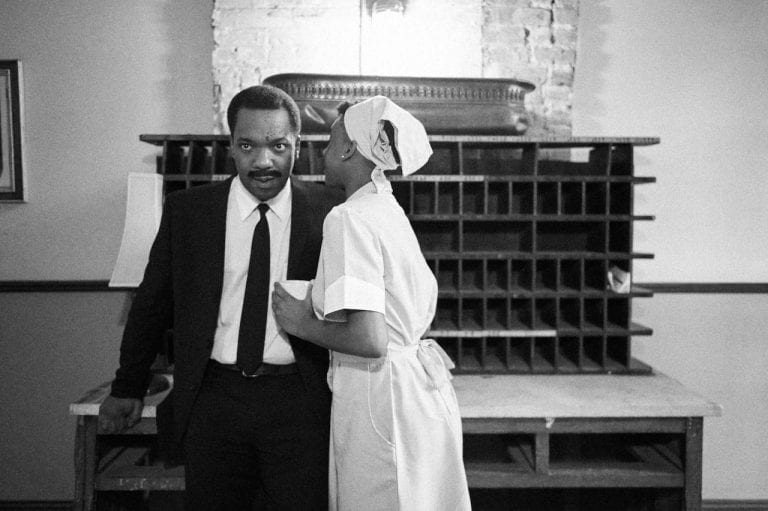 “Make a career of humanity, commit yourself to the noble struggle for equal rights. You will make a greater person of yourself, a greater nation of your country and finer world to live in.” — Washington D.C. 1959

“I believe that unarmed truth and unconditional love will have the final word in reality. This is why right temporarily defeated is stronger than evil triumphant.” — Norway 1964

“Men, for years now, have been talking about war and peace. But now, no longer can they just talk about it. It is no longer a choice between violence and nonviolence in this world; it’s nonviolence or nonexistence. That is where we are today.” — Memphis 1968

Dr. Martin Luther King, Jr. was not only a scholar, reverend and leader, but also a master orator, which is why these quotes from some of his most memorable speeches still resonate today. The cultural parallels between 2017 and 1967 are uncanny. The racial, socioeconomic, educational and political divide between Americans is growing wider with every cabinet appointment and Congressional vote. And people fighting for equal opportunity all around the country, and the world, are waiting for a leader, a hero, of King’s stature to arise and show them which way is up.

However, much like the state of affairs 50 years ago, no one can seem to agree on who deserves equality and what equality looks like in action. This makes Aurora Theatre’s production of The Mountaintop, running January 12 through February 17, timelier than ever. In Katori Hall’s Olivier Award-winning play she brings audiences to the last night of King’s life after delivering his sadly prophetic “I Have Been to the Mountaintop” speech on April 3, 1968 at Mason Temple Church in Memphis.

After his speech, King returns to his room at the Lorraine Motel where he encounters a beautiful maid named Camae. Here starts a mystical reimagining of his last night on earth and a dynamic conversation about racial progress. In all of this, Hall portrays King as an ordinary man who curses, smokes cigarettes and is tempted by beautiful women, but he does not shy away from his extraordinary mission.

The critically-praised play premiered in Atlanta in 2012 at Kenny Leon’s True Colors Theatre under the direction of Jasmine Guy, while in the middle of a 34-week Broadway run at the Bernard B. Jacobs Theatre. The Broadway production was directed by Leon, and starred Samuel L. Jackson and Angela Bassett.

Ghant — who has two Suzi Awards for Best Actor on his mantle and recently played Randall McMurphy in the Alliance Theatre’s version of One Flew Over the Cuckoo’s Nest — said that the country’s political climate makes an examination of King’s ideology timely and that he is honored to be playing this role now.

“I studied Dr. King a lot in college, so I was familiar with his message and the rumors about him,” said Ghant, who audiences may know from Smart People and Race (a role for which he received one of his Suzis) at True Colors Theatre. “I prepared for this role like any other, and Katori’s script gives the actor playing King a lot of freedom to not have to mimic King. That said there are some moments, like the speeches where you do just have to be Dr. King.”

Barker, who plays opposite Ghant, portrays a cunning audacious hotel maid whose opinions about how black people will attain equality do not exactly align with King’s non-violent message.

“Camae is an attractive woman with strong opinions, and I don’t think there is another character I’ve seen like her,” Barker, who recently reprised her role as Mrs. Cratchit in A Christmas Carol at the Alliance Theatre, said. “I don’t think she goes into the hotel room with the intention of seducing Dr. King, but power is attractive. I hope people feel empowered to fight for freedom after seeing this show, and we’ll definitely have some talkbacks because people are going to need a space to talk about how they’re feeling.”