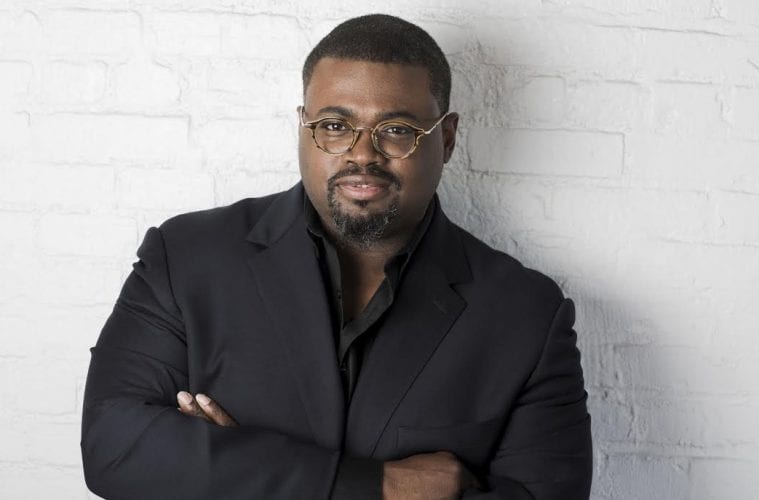 Tenor Russell Thomas, who was the Atlanta Symphony Orchestra’s first artist-in-residence, during the 2014–15 season, returns to perform with the ASO and Chorus under the baton of music director Robert Spano, in a pair of concert performances of Giuseppe Verdi’s penultimate opera, Otello. In a bit of unusual scheduling for the orchestra, the performances will be on Saturday and Tuesday.

An increasingly in-demand operatic tenor, Thomas comes to these ASO performances after performing the role of Tito Vespasiano in Mozart’s La clemenza di Tito at the Salzburger Festspiele in July and August. Afterward, he will portray Rodolfo in La Bohème at the Metropolitan Opera before assuming the role of Henri in the French version of Verdi’s Les vêpres Siciliennes with Oper Frankfurt at the end of the year.

ArtsATL recently spoke with Thomas, a Florida native who now lives in Atlanta, about preparing to sing Otello, and about the challenges of quickly shifting vocal gears to perform the role of Rodolfo at the Metropolitan Opera a little over a week later. ArtsATL: This concert performance with the Atlanta Symphony Orchestra is a role debut for you as Otello, and my understanding is that the introduction of a new Otello is a significant event in the operatic world. Could you tell us about the significance of this role for you?

Russell Thomas: Otello is a daunting task. The role itself doesn’t have any particular challenges vocally. There are no extreme high notes, so you don’t have to stand on your head to sing it, but what’s daunting is that it has a power and intensity and a force with which Verdi calls on you to sing throughout the entire role. You can’t help but be swept up as a performer by that.

Any tenor that sings the Italian dramatic or spinto repertoire dreams of singing Otello, so for me it’s significant in that regard because I do desire to sing every leading tenor role of Verdi’s I possibly can. I’m 40, which is not old, but I’m not a young man. I feel like I have enough experience under my belt now to be able to tackle a role like this.

ArtsATL: You were artist-in-residence with the ASO during the 2014–15 season, and I know orchestras plan several years in advance. Did the plan to have you sing this role in this season with the ASO emerge out of that residency? Did you already have Otello as a goal in mind?

Thomas: Yes and no. Evans Mirageas [vice president of artistic planning for the ASO] and I had been talking about this for a while. Over the years I’ve been asked to sing the role a lot and kept saying no to it. I always told my manager that the only way I’d sing Otello in a staged production is if I’d sung it in concert first. Evans knew this, so when he was looking for an opera for the ASO to do for this season, we talked about the possibility of doing Otello. It just so happened it fit in the schedule, and it worked out. I started planning for it.

ArtsATL: Do you work intensively on multiple roles simultaneously, or do you focus on one then jump into the other? How does that work for an opera singer?

Thomas: It’s hard, but yet we’re always working on something. When we’re working in rehearsals for one thing, we’re learning or practicing or working on the next thing, or even the next thing after that. I started working on this Otello, bit by bit, maybe a year ago, just taking a section at a time and really working on it, learning it, getting it rhythmically great and trying to figure out what’s the best way to sing that role in my voice.

ArtsATL: I see that you’ve got a performance of La Bohème coming up soon at the Metropolitan Opera in New York, in the role of Rodolfo, just over a week after these ASO performances of Otello are over. That seems like a really tight schedule, especially with the need to shift gears between these very different roles of Otello and Rodolfo. Thomas will have quick turnarounds for his next three performances this year. (Photo by Fay Fox.)

Thomas: What happened maybe a year and a half ago, I had a meeting with Peter Gelb [general manager of Metropolitan Opera], and he said, “We’re losing our Rodolfo, would you want to come and sing Rodolfo at the Met?” I said, “Well, I can’t do all of them because I’m committed to Otello in Atlanta.” And he said, “Well, how many performances can you do?” Basically it is an opportunity to sing in this great Zeffirelli production, but it could only fit in between being Otello in Atlanta and singing [Les vêpres Siciliennes] in Frankfurt, so those performances of La Bohème were sort of squeezed in.

I am worried about those more than about Otello, to be honest, because it’s easier to go from a lighter role to a heavier role; it’s not so easy to go from a heavier role to a lighter role. I’m wondering if my voice is going to make the shift to high and light in time, but I think it will be fine. I have a few days before rehearsals start, and I’ll have a couple of days in the room, then I sing my first performance at the Met on October 19, so there will be eight days from the last Otello for the voice to adjust, and hopefully it does adjust in time.

ArtsATL: In the meantime, you get to make your Otello title role debut and do it here in Atlanta, where you now live. There’s certainly some thrill in that, both for you and Atlanta audiences.

Thomas: I feel it’s going to be a great experience for Atlanta to hear Otello. I don’t think it has been done here in Atlanta in quite some time. We have a great cast, and of course the great ASO and Chorus and Robert Spano. I’m looking forward to my first Otello and toward it being performed in my new home.