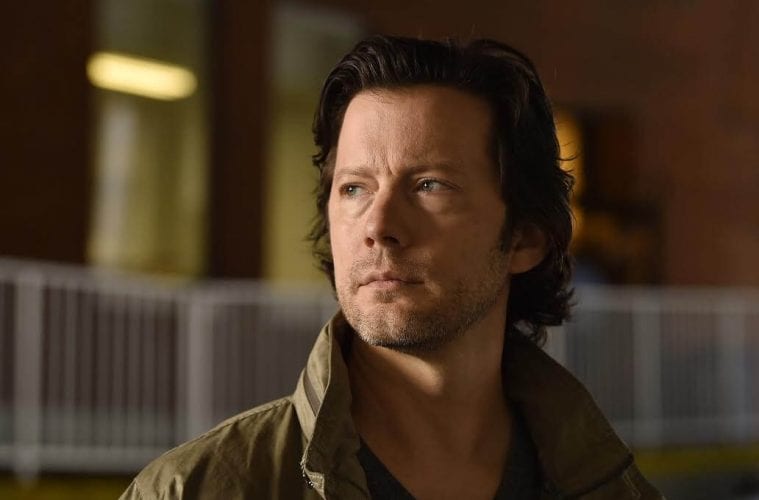 Think of Dogs of Rwanda, the new one-man show from Atlanta’s Out of Hand Theater, as a long, heartfelt confession that takes place in your neighbor’s living room. Instead of performing playwright Sean Christopher Lewis’ new monologue in a traditional theater space, Out of Hand founder and actor Adam Fristoe performs the work for small gatherings in a series of homes and other intimate spaces around Atlanta and beyond through November 18.

In the play, the adult narrator, David, recounts his experience arriving in Africa as a wide-eyed, well-intentioned, but clueless young teenage missionary just days before the horrific Rwandan genocide of 1994 began to unfold. The narrator can perceive only the edges of the enormity of the slaughter around him. The things he sees and the decisions that he and others around him must make in the ensuing days haunt him for the rest of his life, and he ends up returning for a second visit (we essentially see the events of the first visit through the lens of the more recent return).

Fristoe has a straightforward, sociable, “every-guy” persona that’s perfectly suited for the role. Things begin simply enough: the narrator makes some jokes — in a living room, no less — about arguing with his current girlfriend, and we hear about his domestic life and a recent trip to Hawaii. But slowly we gather the sense that something is deeply, deeply wrong. The narrator may seem more-or-less an ordinary guy in an ordinary living room, but he is clearly carrying something that cannot be expiated, even through extraordinary means. His internal crisis comes to a head when he’s contacted by someone he encountered in Rwanda going by the name of “God’s Blessing.”

It’s a moving work, one describing an unimaginably immense tragedy but also a quiet, interior pain. Though the living room setting is inventive, I wasn’t crazy about it in the end. If performance can be thought of as a way to examine life’s tragedies at arm’s length; pulling in closer should seemingly make the experience more vivid, more detailed, more intimate. But it can also bring things so close they pull out of focus.

A traditional theater has a transient intimacy, a sort of fragile bubble created by the audience’s attention, that’s actually a world apart from the intimacy of a living room. Switching out one for the other can have a jarring effect, and there were moments I found that to be the case with the Atlanta production of Dogs of Rwanda, particularly with the more theatrical elements, such as composer Okorie Johnson’s otherwise lovely, fitting cello score or the speaker’s use of accents or voice alterations to represent the speech of other characters. I’m normally a fan of site-specific work, but by the end, I speculated that the show might come across better, perhaps have even seemed more intimate, in a traditional theater.

Still, through a gripping tale masterfully told, Dogs of Rwanda succeeds in its central project of bringing foreign horrors close to home.