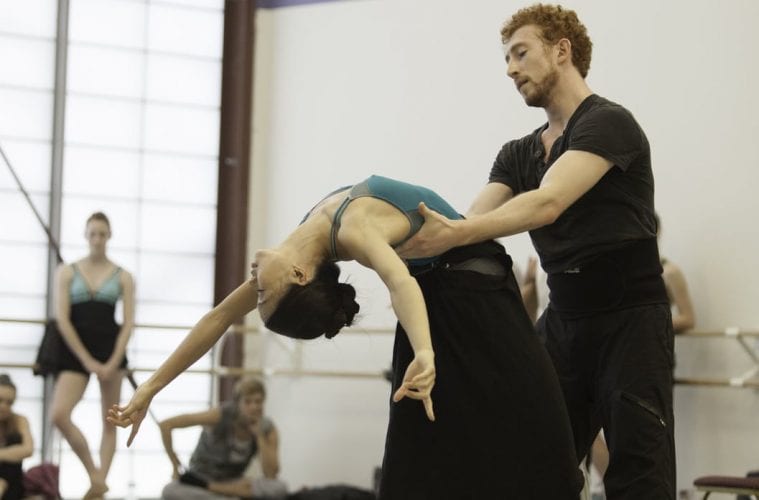 At first glance, Tennessee Williams’ Camino Real is not the most obvious choice for a story ballet.

Presented in surrealistic episodes, the play relies on symbolism over plot, and the large cast is a mash-up of characters from classic literature. Compared to the playwright’s mainstream hits A Streetcar Named Desire and Cat on a Hot Tin Roof and The Glass Menagerie, Camino Real remains relatively obscure, presumably because readers and audiences often find it difficult to understand.

But dance is inherently abstract, and movement often conveys what words cannot. Perhaps this is why, after five years of debate, Helen Pickett has decided to give it a go. The new work, Pickett’s first full-length ballet, runs March 20 to 22 at the Cobb Energy Performing Arts Centre.

Camino Real is an ambitious, big-ticket production for Atlanta Ballet. It features an original score by British composer Peter Salem, who composed music for the Scottish Ballet’s version of Williams’ A Streetcar Named Desire and also composed the score for Pickett’s Petal, which Atlanta Ballet performed in 2011 and again in 2013. The ambitious set of Camino Real.

The production also features an impressive two-sided set designed by David Finn and Emma Kingsbury. Finn is a noted lighting designer, including the Cirque de Soleil production Michael Jackson ONE at Mandalay Bay in Las Vegas; Kingsbury is a native of Australia and has worked on various stage and film productions.

The set they designed is meant to evoke the dualities of human existence: a luxury hotel, ordered and clean onstage left, contrasts the jumbled confusion of skid row onstage right. A towering staircase demarcates the border between the two halves and leads to the top of the wall that surrounds — and imprisons — the city of Camino Real and its doomed citizens. At the base is a dried-up fountain, a symbol of desperation and loneliness.

Pickett, Atlanta Ballet’s resident choreographer since 2012, likes to blur the line between theater and dance, and often talks about the importance of humanity in her work. Pickett had a decade of work with choreographer William Forsythe and his Ballet Frankfurt, and several years of experimental theater and film work. Her last piece for Atlanta Ballet, The Exiled, also featured spoken words and was inspired by Sartre’s No Exit.

She says it was the rich characters in Williams’ play that eventually convinced her it could be a successful ballet. “I can’t imagine how I will let go of these characters,” says Pickett. “They are human beings in full bloom, spanning the emotional spectrum.”

Over the past few weeks, Atlanta Ballet’s marketing team has released a series of short videos intended to introduce audiences to those characters. Heath Gill, as Kilroy, appears in golden boxing gloves, swaying and punching in slow motion, a look of determination frozen on his youthful face. “Kilroy,” a female voice says emphatically, “The down-on-his-luck hero. He’s our hero. His dignity, sincerity and honor are badges he holds close to his heart.”

Gill says he has never loved or connected with a play as much as Camino Real and describes Kilroy in Williams’ words: “His heart is as big as the head of a baby.” The quote, Gill explains, is both a literal description of Kilroy’s enlarged heart and a figurative reference to his fragile emotional state.

He threw a scare into the production when he injured himself on a prop staircase. An infection in his arm caused Gill to miss several days of rehearsals; he only received medical clearance late last week.

Tara Lee, who plays Esmeralda opposite Gill’s Kilroy, says her character shares Kilroy’s optimism despite dire circumstances. Esmeralda is a prostitute, chained to a balcony by her mother and sees Kilroy as her only way out.

Gill and Lee have found an easy connection throughout the process, and they often help each other delve deeper into character. “Heath is so curious,” says Lee. “He wants to have a real experience onstage.” Gill is the everyman hero “Kilroy.”

They agree that neither wants to portray characters; they want to live them. “That’s what you always hope for onstage,” says Gill, “to lose yourself for a minute. It’s definitely coming. The more we work on it, the more we can abandon it.”

Just as an actor strives for authentic emotion onstage, so do the dancers in Camino Real, and Pickett incorporates spoken text to further it’s theatricality. Neither Gill nor Lee had heard of Camino Real before rehearsals began just a few months ago, and this is the first time each will speak onstage in a ballet.

“For dancers, it’s mildly terrifying,” says Gill. “What makes it fun for us is that it’s another way to express emotion.”

Lee had to get over “the initial horror” of hearing her voice in the studio. “I was really shy at first,” she says. “But it forces you to remember what the initiating force is.” When both the movement and the words have the same emotional intention, Lee says, the dancers can connect to the characters more deeply.

To prepare for their roles, Pickett asked the cast to read the play and encouraged them to find their own way in. Lee wonders if Esmeralda makes a choice to remain trapped or if it is fate, and she marvels at the many questions Camino Real leaves unanswered. “You keep going down the rabbit hole,” she says. Gill interjects, “I’ve read it way too many times. I’m way down the rabbit hole,” and they both laugh.

“Ballet thrives from imagery,” says Gill, “and there is so much imagery baked into this play.”

Lee says ballet is the perfect medium to express its symbolic nature, and Tennessee Williams may have agreed. Just before Camino Real opened in 1953, he told the New York Times, “More than any other work that I have done, this play seemed to me like the construction of another world, a separate existence.”

If history allows, ballet may provide a new lens into that other world, where poetic text and movement are one and the same.