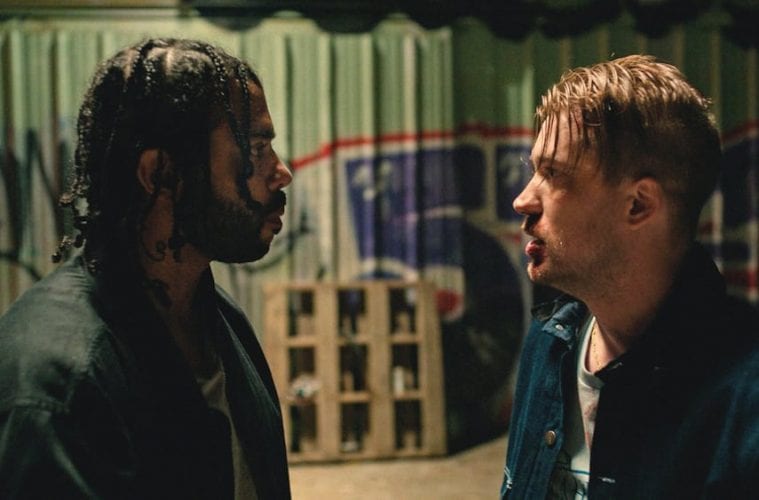 Preview: With 200 movies spread over 10 days, the Atlanta Film Festival hits its stride

Now in its 42nd year, the Atlanta Film Festival — kicking off its 10-day run today — is one of the nation’s oldest. But for all its longevity, due to many staffing and management changes over the years, it sometimes seemed to be in a state of perpetual reinvention.

“When you look back at the history of the festival, there haven’t been many people that made it for that long,” says associate director Cameron McAllister. “Now, people with the festival are in their third, fourth or fifth years, and we’re building on previous years in terms of the programming and in terms of our outreach in the community. This year feels like the new peak for us.”

The festival, with screenings taking place at the Plaza Theatre, features over 200 narrative features, documentaries and shorts from 55 countries (56 if you factor in Hong Kong).

“It’s a special place to be right now and the programming is incredible,” McAllister says. “We’re really grateful for what independent film has given us this year.”

In a sign of that gratitude, the festival has created a handful of special awards to honor filmmakers involved with this year’s festival.

The inaugural Innovator Award goes to Daveed Diggs, Broadway’s Hamilton Tony Award winner and actor in the recent Wonder and Netflix’s upcoming Snowpiercer series.  He co-wrote and stars in Blindspotting, the opening night film, which he’s slated to attend. 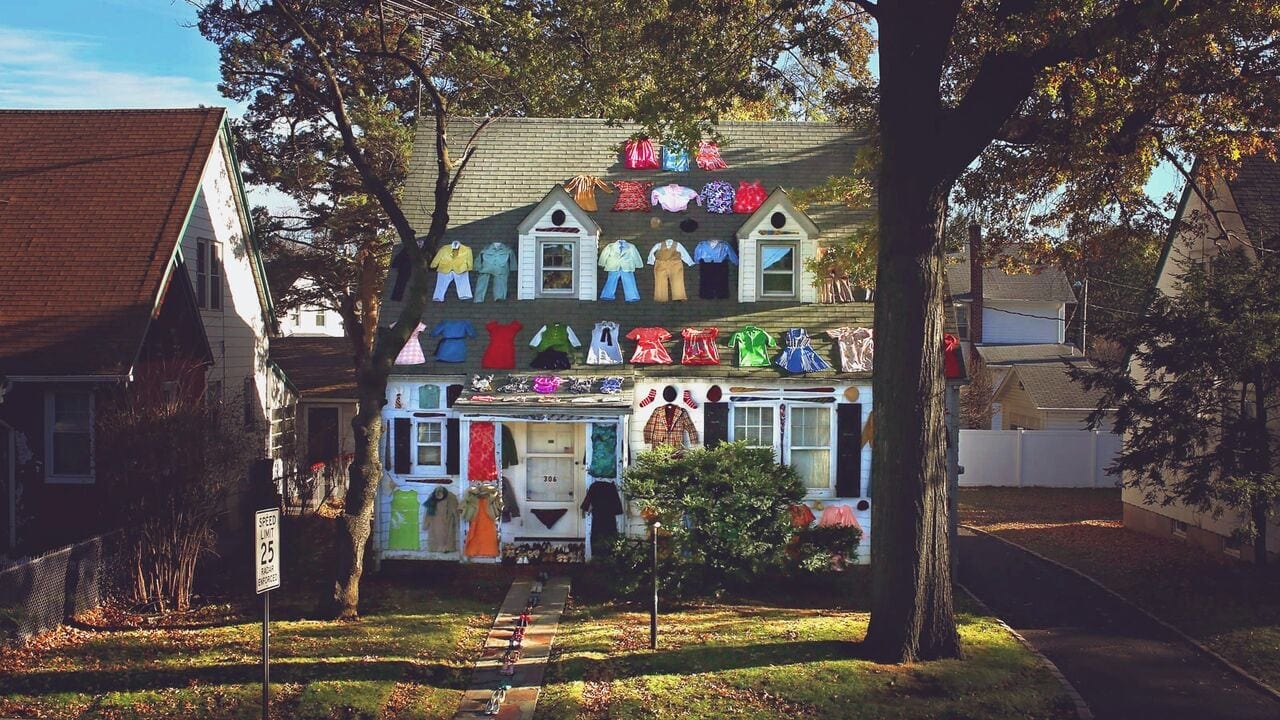 306 Hollywood is a whimsical and creative documentary.

The Rebel Award goes to director Jason Reitman (Up in the Air, Juno, Thank You for Smoking), who will direct a master class and attend the screening of his latest film, Tully, on Sunday. Tully reunites him with his Young Adult star, Charlize Theron.

“His movies always have rebels that feature strong female leads, and that’s one of the things our organization is all about,” McAllister says. (For info on two other master classes offered by AFF, led by actors Romany Malco and Amber Nash, check the festival website.)

The Phoenix Award, for up-and-coming talent, goes to Kiersey Clemons, star of the festival film Hearts Beat Loud, directed by Brett Haley (I’ll See You in My Dreams). “We’ve played several of Brett’s films, and he’s a good friend of the festival,” McAllister says. A fourth honor, called the Originator Award, hasn’t been designated and may have to be announced in later years, and given the festival’s track record, there should be plenty of those ahead.

Of the 200-plus movies being screened, I managed to preview only a few. Here are some quick reactions.

306 Hollywood. After the death of their grandmother, siblings Elan and Jonathan Bogardin spent a year sifting through the old woman’s New Jersey house, treating it as a sort of archaeological dig. Their documentary benefits from 10 years of video interviews with their grandma, and their approach is whimsical and visually inventive. While it tested my tolerance for the super-twee, this is a creative, personal approach to the documentary form.

Clara’s Ghost. Paula Niedert Elliott plays Clara, wife of a veteran TV actor (Chris Elliott) and mother of two daughters who are also famous sitcom stars (Abby and Bridey Elliott). Yes, they’re a real family offscreen, too, and Bridey wrote and directed this comedy-drama about an incredibly boozy, weedy weekend at the family’s country estate. Clara feels marginalized by her famous family members, and you can’t blame her, because the others’ self-absorption (sometimes comically intentional, sometimes not) can feel pretty exhausting. A nearly unrecognizable Haley Joel Osment also turns up as the daughters’ old school pal and current pot dealer. But the movie can’t make up its mind what it wants to be: comedy, psychological drama, supernatural whatsit? What it mainly feels like is a home movie. The Elliott family probably had a blast making it together. I just wish their enjoyment carried over more fully to the viewer. 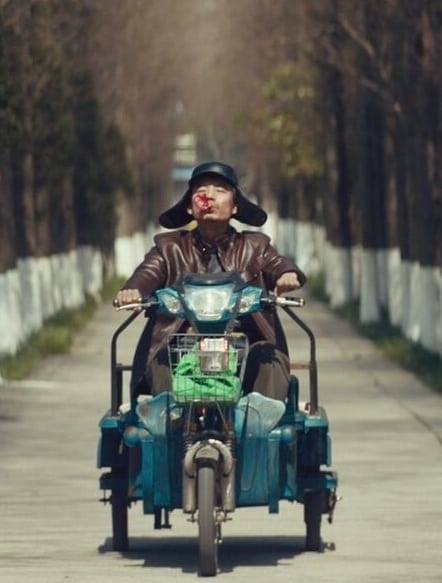 Dead Pigs, despite the strange title, is one of our favorite films in the festival.

Dead Pigs. Ignore the off-putting title. Writer-director Cathy Yan’s film was probably my favorite of the features I was able to see. The Chinese entry centers on several characters, whose connectedness we don’t know right away: a pig farmer, a spoiled rich girl, an earnest waiter, an American architect, and the center of gravity for all of them, Mrs. Wang (Vivian Wu). Owner of a beauty salon, she lives in her family home — now the only structure in a wasteland slated for development by voracious entrepreneurs. How the characters are linked — by blood, by circumstance and especially by monetary need — is the focus of a film that vacillates fluidly from drama to comedy (and, at the end, becomes a mini-musical).

Man Made. The last act of this documentary takes place in Atlanta, site of the Trans FitCon Bodybuilding Competition, but local interest isn’t the only reason to watch. The film focuses mainly on four trans men, in various phases of transition, as they pump up and train for the event. Their stories are engaging, eye-opening and sometimes melancholy, as in the case of subject Kennie’s girlfriend, a lesbian, who finds herself increasingly turned off as her partner strives to become exactly what doesn’t appeal to her: a self-described straight male. We see the adjustments other family members of the subjects go through, and throughout it all, director T Cooper’s film is uplifting in showing us the bravery of these emerging men.

Mermaids. A delightful doc by Ali Weinstein about people who identify with the myth and imagery of mermaids. Yes, a chunk of the film is devoted to that kitschy but irresistible Florida attraction, Weeki Wachee Springs, and the generation of women who have cavorted half a century for audiences, wielding fish tails and air hoses. We also meet a handful of other groups around the nation who love to hang out (sometimes for fun, sometimes as therapy) stretched out on the sand wearing fins. They’re mainly women, but also some men and one trans woman who’s one of the doc’s more compelling figures.

Nos Llaman Guerreras (They Call Us Warriors). An engaging and strikingly shot documentary about the Venezuelan women’s soccer team struggling against their ugly duckling odds to win the female World Cup in 2016. The nail-biting last act is compelling, as the team members go up against, first, the famously strong German team, then others. Probably better is the film’s first half, which introduces us to key players on the vino tinto team, and the very proud, largely impoverished family members in the villages they came from. Whenever the young players feel worn down by the hardships of training, they remind themselves: “We are here for our families; we are here for our country.” That’s nationalism at its sporty best.

Peaches. How often do you get a chance to see a romantic-sci-fi-comedy from the Dominican Republic? That’s the real selling point for this sweet-natured but kind of scattered, high-concept love story. Peter Vives plays the anal-retentive Diego, whose intended romantic weekend with girlfriend Laura (Maria Guinea) goes terribly wrong, especially when her old boyfriend, the preening Sandro (Joaquin Ferreira) shows up unexpectedly. Via a handmade time machine, Diego leaps back a day and tries to fix his relationship, having to contend with different versions of himself and the other two characters. The movie’s main charm is its retro-futurist design, giving us a world that looks like our own, except that it hasn’t quite gotten past the aesthetics of the 1970s and ’80s.

Savage Youth. The movie claims to be based on a true story. The grimness of the tale convinces you it may well be. On the other hand, authenticity goes only so far if the experience is such a downer. It’s the story of dead-end, small-town young men and women, white and black, who spit rhymes, do a lot of drugs and generally ensure that they will screw up their already limited lives. It’s sincerely made, just not my thing.

Still. Shot in North Georgia and made by Atlanta-based director Takashi Doscher, it’s an Appalachian fable with some compelling fairy-tale elements. (The movie has a major plot twist familiar from a popular kids’ book, which was made into a movie and a stage musical — but if I told you the title, that would be a spoiler.) Madeline Brewer plays Lily, a desperate, sick young woman who tries to escape her problems by hiking the Appalachian Trail. There she encounters a young, attractive couple, Ella (Lydia Wilson) and Adam (Nick Blood), who seem to have stepped out of an old-timey photo. There’s a reason for that, and for the duo’s paranoia – Adam has stuck with the old mountain ways, cooking up moonshine in a creek-side still. To tell much more would spoil the effect of this moody, beautifully shot original.