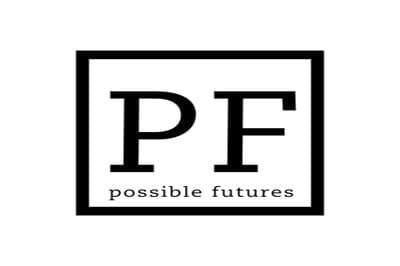 From a press release dated September 14: 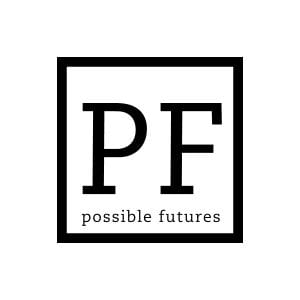 The new Atlanta-based foundation Possible Futures has awarded $90,000 in grants to support critical dialogue about the arts in Atlanta at a time when traditional media have cut back on their arts coverage. Awards of $30,000 each will be made to the online arts magazines ArtsCriticATL.com and BURNAWAY.org and to veteran Atlanta arts writer Jerry Cullum.

“‘BURNAWAY and ArtsCriticATL have stepped up over the last two years to fill a void in the city’s arts coverage,’ said investment analyst Louis Corrigan, an Atlanta native and founder of Possible Futures. ‘In their different ways, each is providing a crucial community service.’

“Possible Futures is a private non-profit operating foundation. Its mission is to nurture Atlanta’s creative culture and educate the public through the support and presentation of artists, writers and performers.

“ ‘The arts are an essential expression of our humanity, and thus their own end,’ said Corrigan. ‘But they are also necessary for a civil society because they help us see new and better possibilities for how we might live. Meaningful arts criticism is vital in that it challenges artists to do their best work and helps a broad audience understand and appreciate that work.

“ ‘Both ArtsCriticATL and BURNAWAY have put forward valuable new publication models,’ said Corrigan. ‘These grants represent the foundation’s vote that sustainable arts criticism depends on a hybrid business model that must include not just support from advertisers but also broad community support from individuals and foundations committed to the arts, to their communities, and to the critical dialogues a civil society requires to sustain itself.

“ ‘It’s my hope that the foundation’s recognition of these important critical voices will help validate their efforts so that they attract more widespread support,’ Corrigan said.

“BURNAWAY was founded in the summer of 2008 and is led by visual arts critic Jeremy Abernathy and executive director Susannah Darrow. The publication focuses on the visual arts and provides an important critical forum for a wide variety of astute voices within the Atlanta arts community, including experienced professional writers. It champions quality local programming through a carefully selected weekly list of events. The organization also conducts educational programming of its own, including lectures, panel discussions and walking tours through strategic partnerships with other Atlanta non-profits

” ‘From the start,’ said ArtsCriticATL editor Pierre Ruhe, ‘we’ve envisioned the site as a virtual community center for all the arts in Atlanta — music, dance, theater, books, visual art and more. Thoughtful criticism and professional reporting are key components of a vibrant arts community, not only as an important link between art and its audience but also as a platform for debate and dialogue. It’s heartening and thrilling to find a patron in Atlanta who values the arts deeply and understands the role that criticism and coverage plays — and who also sees support as a civic obligation.’

“BURNAWAY editor Jeremy Abernathy said: ‘Our publication is about having a bold vision of the future, one that not only supports the arts during times of need, but also sees that the arts are genuinely exciting and worth supporting all the time. Contemporary art is an adventure worthy of our greatest minds, yet its message is relevant to people everywhere. Since BURNAWAY launched in October of 2008, we have worked to champion Atlanta as a home and destination for the arts — a place where artists can live, work and thrive — and this grant is a tremendous step in furthering that mission.’

“The grants cover general operations, including paying writers and editors for their work.

“Jerry Cullum, a poet and an artist, is editor at large for Art Papers and has been a free-lance writer for the AJC. He has a Ph.D. from Emory’s Institute of Liberal Arts. Today, Cullum writes frequently for ArtsCriticATL, BURNAWAY and his blog “Counterforces” (www.counterforces.blogspot.com). The award to Cullum will be spread over two years.

“ ‘For 25 years, Jerry has nurtured generations of artists and the entire Atlanta scene by sharing his keen perception, broad intelligence, generous spirit and clear prose,’ said Corrigan. ‘This grant celebrates his lifetime of achievement by supporting his continued critical engagement with the Atlanta arts community.’

“Cullum said, ‘To put it simply, the Possible Futures grant allows me to continue some projects and inaugurate others when this would have been completely impossible otherwise. It is impossible to express the degree of my gratitude, except in those baldly inarticulate terms.’

“In addition to creating Possible Futures, Corrigan is the founder of Flux Projects, a non-profit that presents temporary public art throughout Atlanta throughout the year. He also serves on the boards of Art Papers and Atlanta Celebrates Photography. For more information, visit www.possiblefuturesatl.org or contact info@possiblefuturesatl.org.”