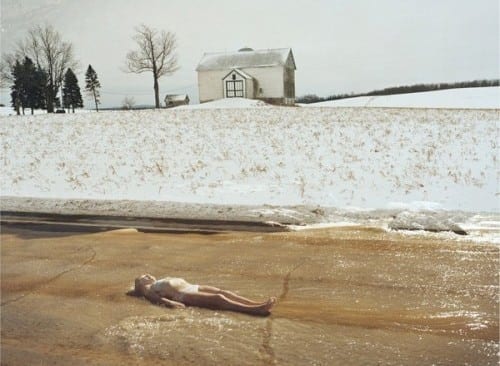 “Exposure” is a loaded word. A technical term in photography, it can suggest a learning experience and a sensational revelation. Photographer Tierney Gearon  embraces them all. In pursuit of understanding and catharsis, she fearlessly lets it all hang out — her life, her feelings, her family, their bodies and hers. And in “Explosure” she experiments with in-camera epiphanies. 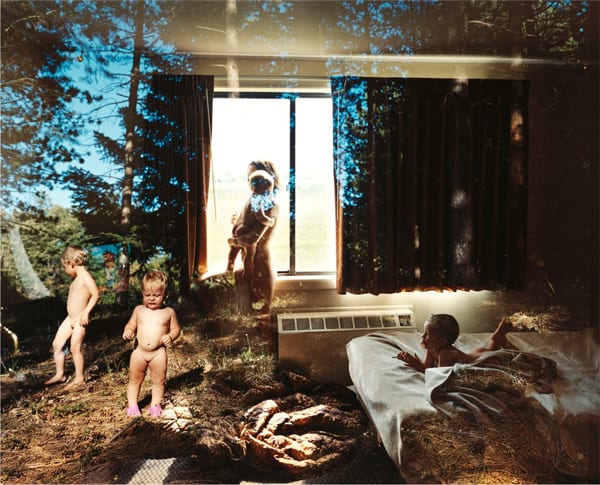 The Atlanta native, 46, made a splash in 2001 with a series of vaguely unsettling nude images of her children exhibited at Charles Saatchi Gallery in London. Like Sally Mann’s family photos, the work provoked accusations of child pornography and exploitation on the one hand and art-world approbation on the other.

Her next project, the book “Daddy, Where Are You?” was a series of photos of her mother, who is, according to Gearon, manic-depressive and schizophrenic. Mental illness, like children’s sexuality, makes people uncomfortable, and Gearon didn’t sugar-coat her mother’s oddness and sometimes even seemed to push it. Yet “The Mother Project,” a documentary film on their relationship shot during the making of the series, demonstrated Gearon’s acceptance of her mother, as well as the pain and self-doubts she sought to exorcise. The work is striking, as photography curator Lisa Kurzner observed, in its fearlessness and lack of self-pity.

The photos at Jackson Fine Art are double and triple exposures. Gearon operates in the space between chance and calculation. She says she knows generally what’s on a roll but not necessarily how the frames will come together. The photos reflect an eye for their formal power. Except for the few hokey images that veer into photographer Jerry Uelsmann’s brand of surrealism, the pictures are sensuous and intricately interlocking veils and planes of imagery. 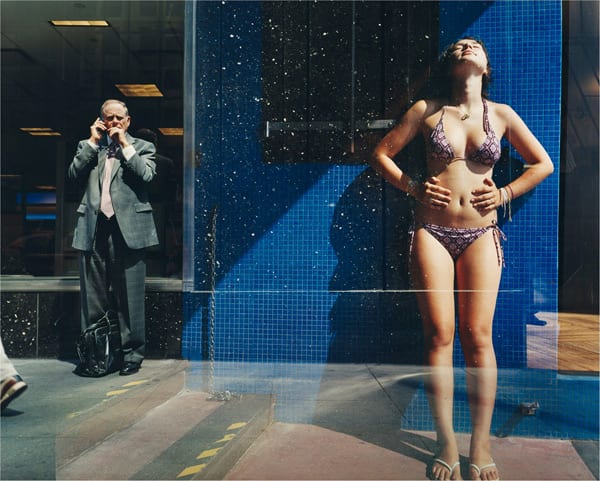 These photos are a process of introspection. They bring together images of her family, self, travels and commercial fashion work — once again, the stuff of autobiography.

As I wrote in my review in the AJC: “These layered photos suggest the workings of memory, dream and hallucination. But there are some uncanny connections as well. One wonders, especially in a process that depends on serendipity, whether the juxtapositions of third-world poverty and western comforts are happenstance or commentary.

“Ditto the similarity of  ‘Frame 11’ (below) to Andrew Wyeth’s famous ‘Christina’s World.’ 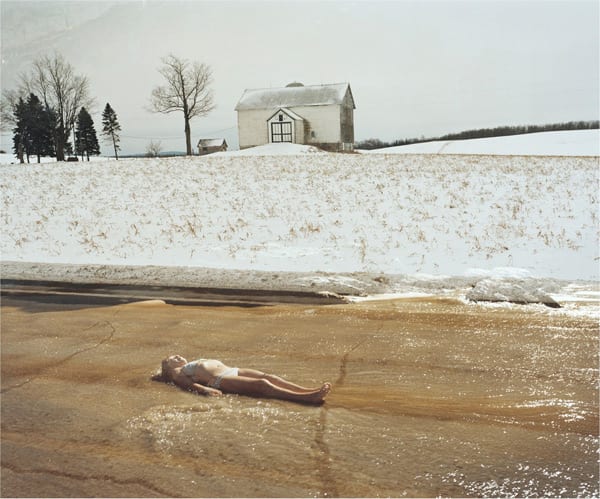 “Watching is a leitmotif. In ‘Frame 16’ (above), we look at the bikini-clad body of a young women (her daughter) turning her face to the sun on the right side of the image, while a suit-clad man on the left stares at us. In ‘Frame 18,’ two little girls appear to be looking at two fashion models floating above them as if on a billboard. Intimations of the women they will become? Adults remembering their own childhood?”

You can see the artist poised to shoot her camera in the background of “Frame 2.” She is off in the distance, as small as a keyhole. The watching motif underscores the inherent voyeurism of photography. It reflects the way the camera mediates and sometimes dominates Gearon’s life. That the rest of the family gets dragged into an artist’s work is discomfiting but hardly unusual.

Even though some of the edgier pieces in the eponymous book are not on view, it is less provocative than Gearon’s earlier work. The psychological intensity of the latter is more compelling to me, but you may prefer the subtlety with which the best of “Explosure” arrives at the same place.