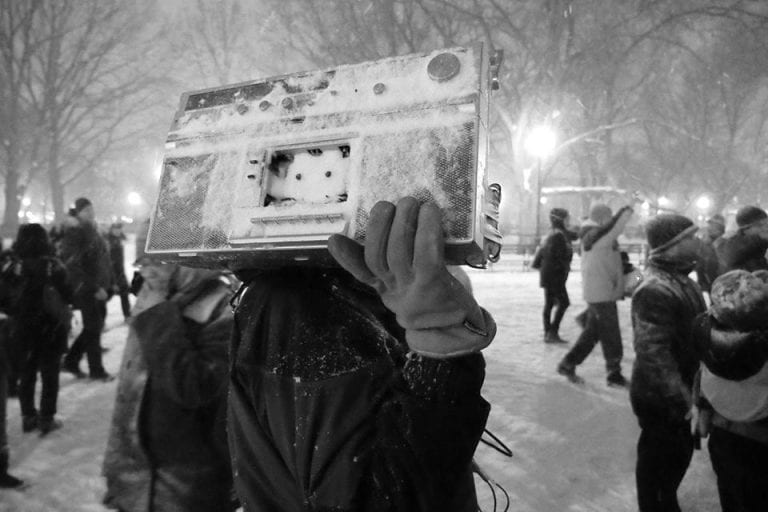 Unsilent Night is the greatest thing you’ve never heard of. Composer Phil Kline’s holiday tradition of more than two decades travels coast to coast to bring people together with sound. This Sunday, the plethora of boomboxes, phones, tape players and other audio devices will fill the streets of Atlanta. Attendees are given one of four audio tracks to play out loud, simultaneously hitting play.

ArtsATL‘s Mark Gresham previously covered the sonic phenomenon, describing it as “a nonreligious but joyous audio anarchy, a kind of here-comes-everybody musical celebration of the spirit of the season in which anyone can participate.”