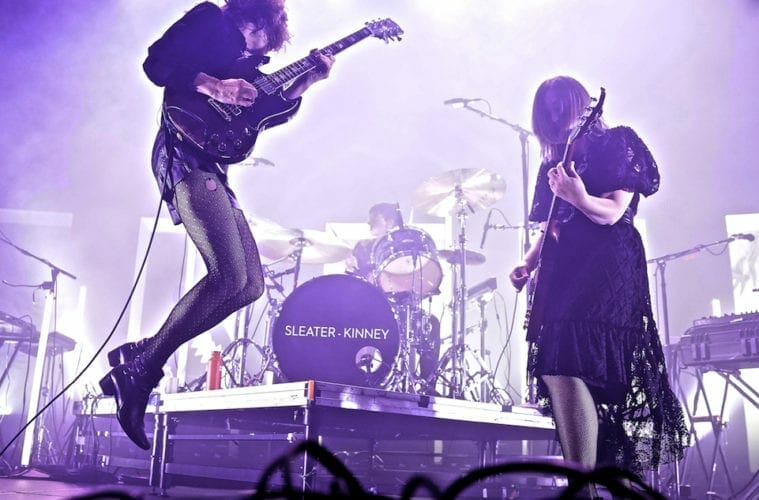 Sleater-Kinney at The Tabernacle on October 23

Julien took his first concert photos as a teenager at a Led Zeppelin concert in New York City. For the past decade, he has chronicled Atlanta concert stages for various publications with artists that range from B.B. King, The Rolling Stones and Leonard Cohen to Eminem, Katie Perry and Gucci Mane.

His concert photography is a regular monthly feature on ArtsATL.

When he’s not at concerts or shooting fashion photography, Julien is a podiatrist at the Atlanta Foot & Ankle Center. The group exploded on the scene with the Grammy Award-winning album “Blurryface.” The Chainsmokers’ hit singles include “Closer” and “Don’t Let Me Down.” Lennon Stella, who released the single “Takeaway” with The Chainsmokers, joined them onstage at State Farm Arena. Carrie Brownstein of Sleater-Kinney lifts up with her Gibson SG guitar on the stage of The Tabernacle.