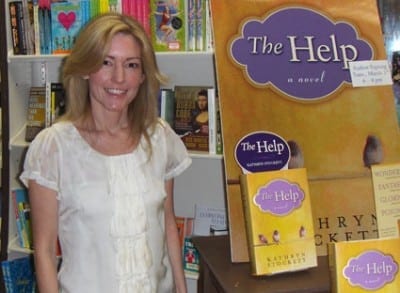 Townsend Prize for Fiction goes to Kathryn Stockett’s “The Help”

Editor’s note: We’re honored to introduce Parul Kapur Hinzen, who will write about books, authors and literary events, among other subjects, for ArtsCriticATL.com. 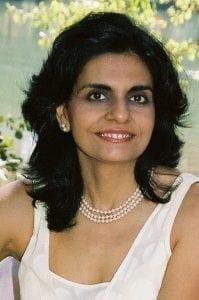 A former New Yorker, Parul (at left) spent a decade in Europe before moving to Atlanta. She has written on books and the arts for New York Newsday, The New Yorker, The Wall Street Journal Europe, The American Book Review, Esquire, Art in America, ARTnews and The Atlanta Journal-Constitution. Her debut novel, “Inside the Mirror,” about twin sisters who aspire to become artists in Bombay in the 1950s, is awaiting publication. She is at work on her second novel. Please welcome her with your comments. — Pierre

Definition of a juggernaut: an unstoppable advancing force that seems to roll over everything in its path. Something like “The Help,” by Kathryn Stockett. On Thursday night, Stockett was awarded the 2010 Townsend Prize for Fiction for the phenomenon that is her novel about race relations between women in Mississippi in the early 1960s. With two million books in print since its publication in February 2009, 54 weeks on The New York Times Bestseller list, this week at No. 2, many positive reviews and tremendous book club interest, “The Help” is every ambitious writer’s wildest dream come true. 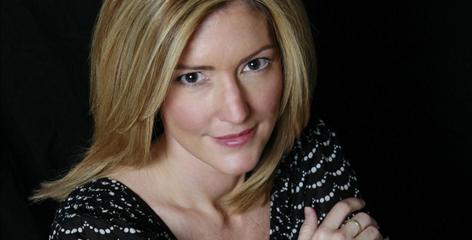 Before the prize was announced, at an elegant ceremony at Atlanta’s Margaret Mitchell House (dining on the lawn), I wondered whether the anonymous, out-of-state judges would follow in the tracks of this year’s fiction Pulitzer, given to a little-known work of extraordinary merit. Wasn’t “The Help” really too obvious a choice? It was the closest contest in years, in fact, according to an official at Georgia Perimeter College, which sponsors the $3,000 Townsend award, given to a Georgia writer of the best work of fiction published in the last two years.

Nine other nominees for the award included several fine women novelists: Joshilyn Jackson for “The Girl Who Stopped Swimming,” Susan Rebecca White for “Bound South” and Amanda Gable for “The Confederate General Rides North,” their stories also inspired by life in the South. NPR commentator Bailey White was nominated for her collection of holiday stories, “Nothing With Strings.” Other finalists were James Braziel for “Snakeskin Road,” Phillip DePoy for “The King James Conspiracy,” Tom Edwards for “Blue Jesus,” Sang Pak for “Wait Until Twilight” and Philip Lee Williams for “The Campfire Boys.” 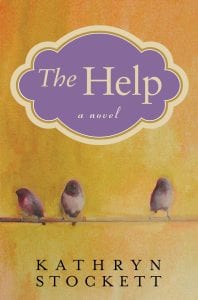 Stockett’s mother, Ruth Stockett, accepted the award on her behalf, because the author was in Houston at a benefit for the Barbara Bush Foundation for Family Literacy. If you’ve read something about the writing of “The Help,” you know that Stockett’s mother — or rather her absence — was the reason the writer, as a child, spent so much time in the care of her grandmother’s black maid, Demetrie. In the story Demetrie is fictionalized as the gentle Aibileen, one of three narrators, along with her fiery friend Minnie, a superb cook who keeps losing jobs because she talks back, and Skeeter, a determined young white college graduate who decides to write an anonymous oral history of the black maids’ lives.

In life, Stockett’s divorced mother was often away traveling with a gentleman friend whose journalist assignments took him around the globe, and Stockett has said about this time, “I didn’t always know where my mother was. I didn’t know where my father was, but … Demetrie was always there.”

Stepping up to the podium to accept the Townsend Prize, Ruth Stockett, in white pantsuit and high-heeled silver sandals, was an updated version of the Southern belle, the gray hair and glasses the softening marks of time. Asked afterward what she thought of her daughter’s book when she read it, she said she read the very first draft and was moved by the love between the characters, the black maids and the white girl. This simple observation may best explain what makes the book a blockbuster: it’s the human love that arises in circumstances of injustice and abuse that gives people hope, making them fall in love with the story.

Ruth Stockett can hear her daughter’s voice carrying through the pages. “It’s the way we’ve always talked to each other,” she said. She believes it was Demetrie who taught her daughter “to look at things the way she does, to question them this way.” All three of her children would argue among themselves about whom Demetrie loved the best, she recalled — that’s how much she meant to them. It doesn’t bother her, she said with a slight wave of the hand, if she bears the rap of The Absent Mother as a result of her daughter’s book.

Stockett’s young daughter, Lila, accompanied her grandmother to the award ceremony, a sweet, shy girl with straight brown hair and sparkly sandals of her own. She is more of an artist than a writer, her grandmother explained. It was mentioned that Stockett will be touring through June and has a fully packed schedule until then. The child and the grandmother walked away, and I wondered about the strange parallel they presented to the past, with the mother away on her travels.