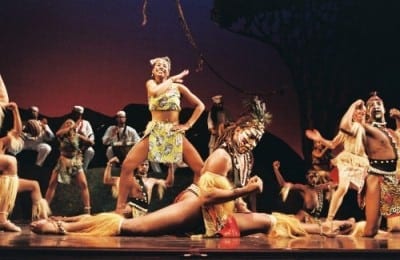 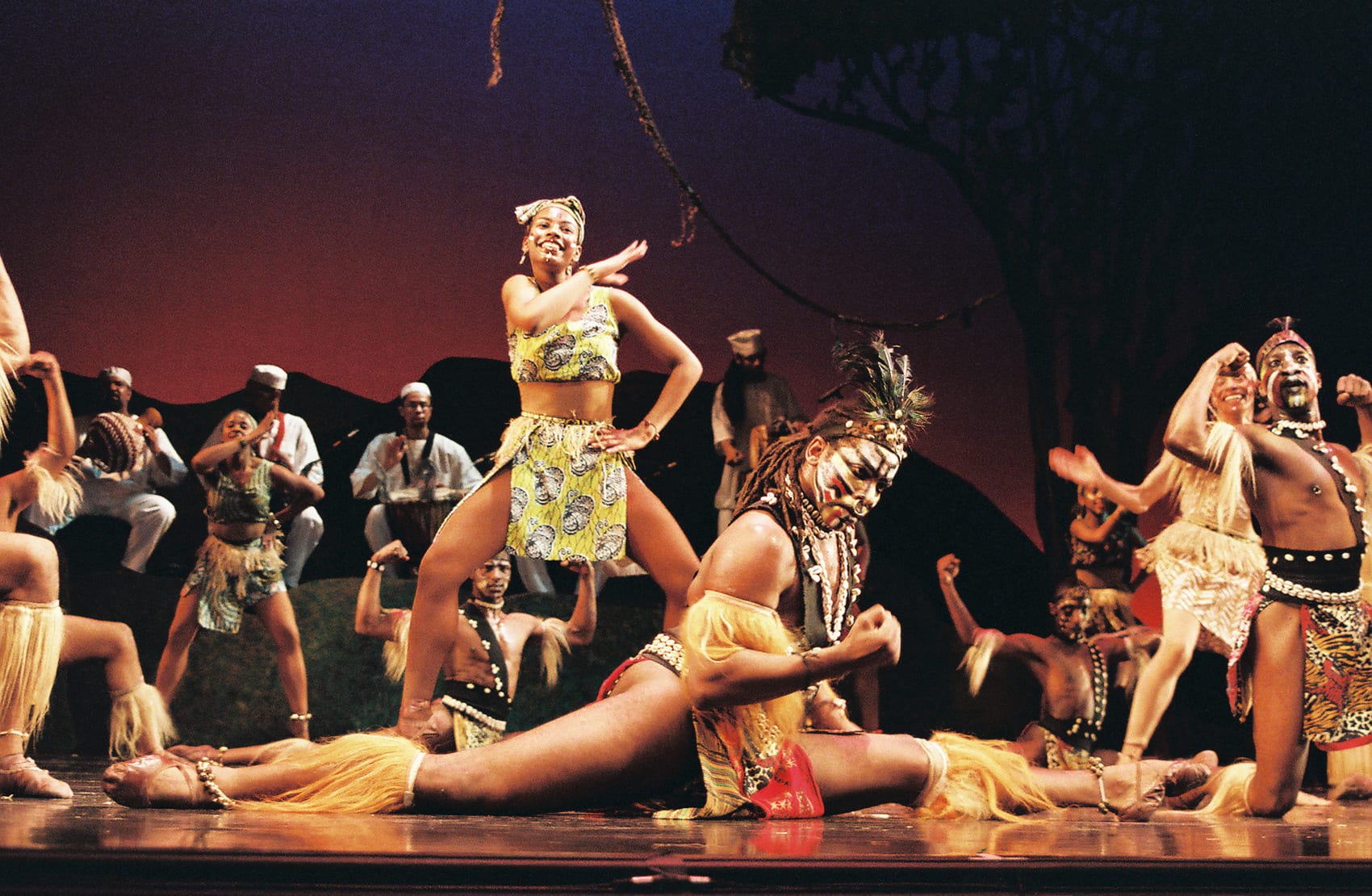 Established 20 years ago, this troupe’s high artistic standards and discipline stem from the persistence of founders Nena Gilreath and Waverly T. Lucas II. Of many influences, their link to Dance Theatre of Harlem’s co-founder Arthur Mitchell (the first African-American to become a principal dancer in an American ballet company) goes directly to George Balanchine’s ballet tradition. But Gilreath and Lucas’ style is also infused with connections to African culture. They’ve blended the two seemingly different dance forms, taking the grounded, fluid, rhythmic steps of West African dance up onto pointe. Their style shifts freely from the body-part isolations and fluid-spine undulations of African dance to the leaps and turns of ballet. At times we see the full-bodied expressiveness of modern dance, at others the showmanship of jazz, as rhythmic impulses emanate through soft, curved shapes, then reach out through bold, elegant balletic lines. 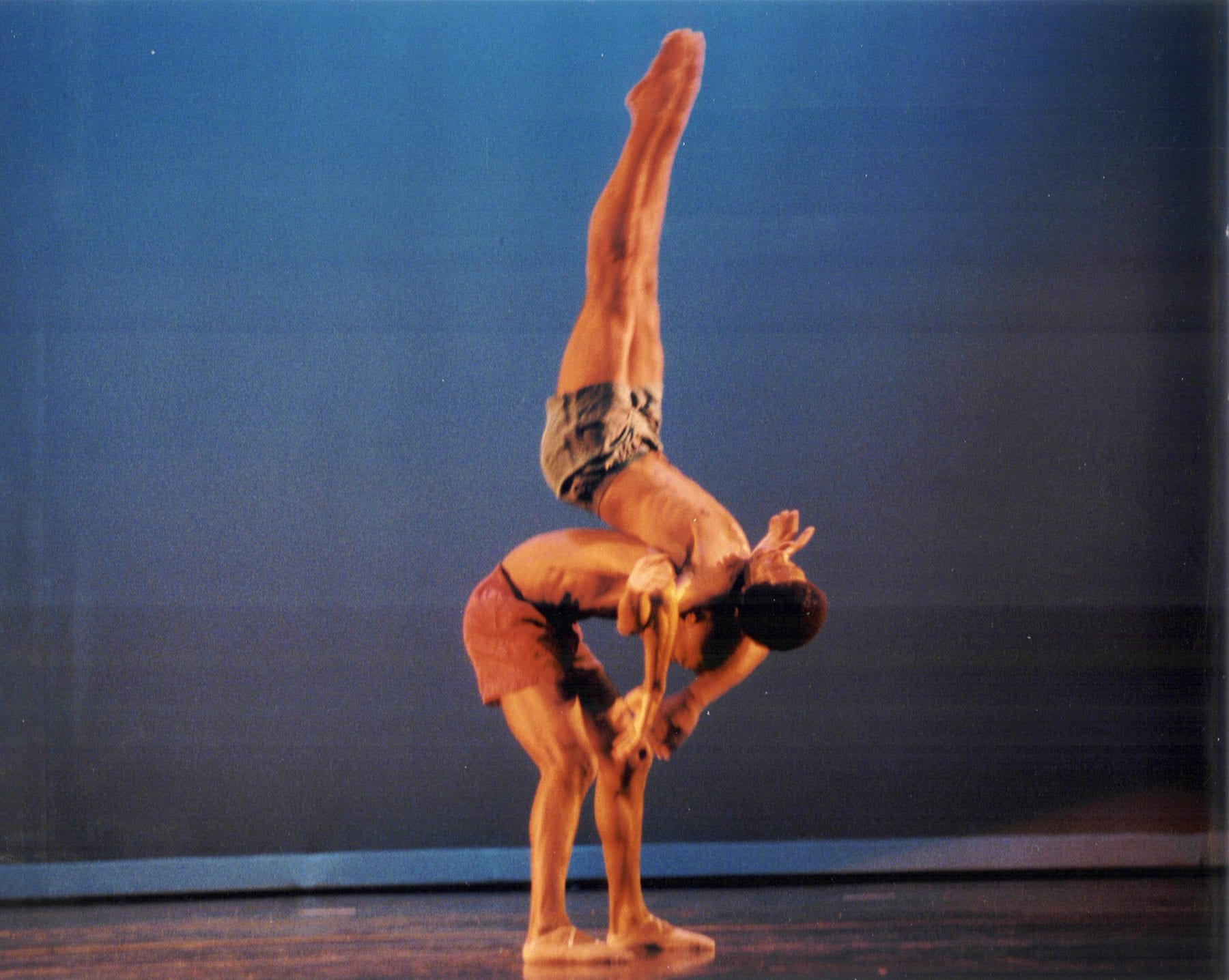 Other standout pieces included two works by Robert Logan Mayo. It’s sad news that Mayo died of a heart attack last year. The former Dance Theatre of Harlem member, who was based in New York, has set a number of works for Ballethnic as well as the Dayton Contemporary Dance Company.

Mayo’s athletic, neoclassical trio “Chiaroscuro,” to the tense, hard-edged soundtrack from “The Untouchables,” looked at the dark side of a love triangle. Gilreath, Carwile and Roscoe Sales played out their struggles through physical force and manipulation in a fiercely competitive world. 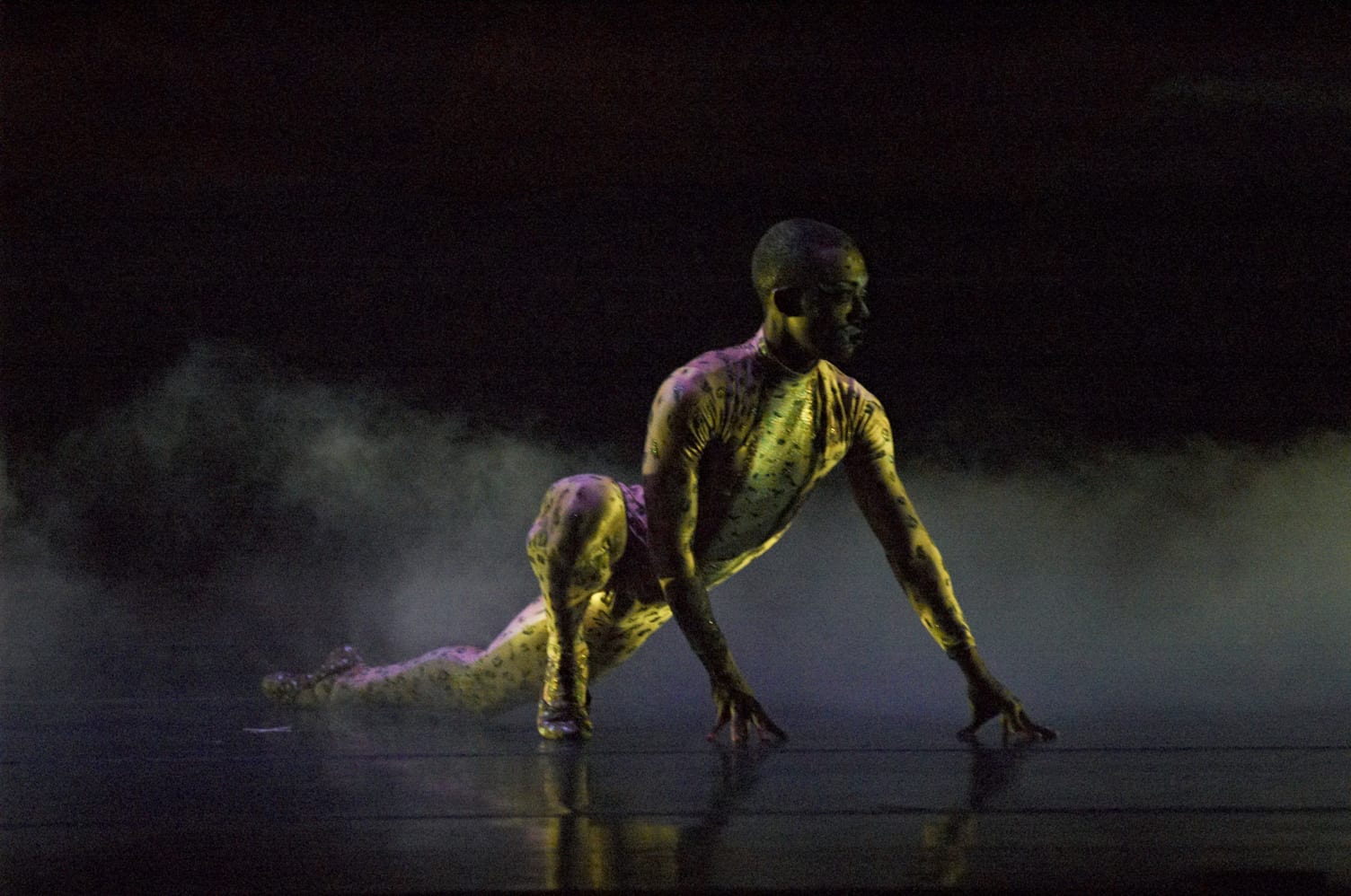 Part ritual, part spectacle, “The Leopard Tale” opened the program’s second half with a heart-palpitating procession as African rhythm, color and movement filled the theater. Women in white danced down an aisle, singing and shaking calabash rattles, while men proceeded down the other aisle playing djembe drums as polyrhythms reverberated off the smooth paneled walls. (Top photo.) Mark Burns appeared as a Witch Doctor, in brilliant, colorful robes and mask-like makeup and waving horsetails though the air. He seemed to invoke an invisible power with a slow, controlled promenade, leg lifted in a high side attitude. A well-rehearsed corps of students and guest artists joined the troupe to dance out the story of a village rallying together to defeat the Leopard’s threat to its safety.

Calvin Gentry, who performed in January at the Ferst Center for the Arts with Les Ballets Trockadero de Monte Carlo, gave a stunning performance as the Leopard (pictured above). With chiseled face and expressive eyes, he played a more elegant, noble cat than a menacing one. Strong and fluid, with subtly refined control, Gentry crouched, exploded into triple turns and sprung into multiple leaps as a band of warriors entrapped him, brought him down and booted him out of the village. Some good news: Gentry is returning to Atlanta, where he plans to pursue his college degree while performing with Ballethnic.

Next year, Lucas will choreograph an adaptation of Atlanta playwright Pearl Cleage’s play “Flyin’ West,” about African-American pioneer women on the Western frontier.