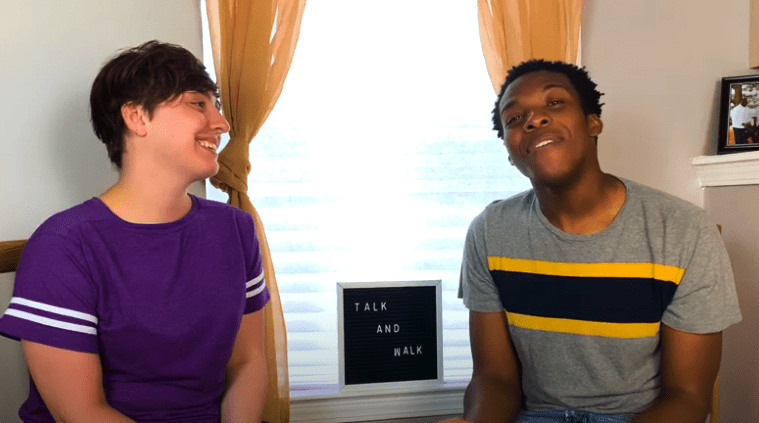 Out of Hand, partners roll out “Talk & Walk: A Children’s Guide to Racial Justice” series

Many of us have been saying those names with frequency in recent weeks. They’re on newscasts, in headlines, at protests and in conversation. The crimes and concepts around the reinvigorated Black Lives Matter movement may be tough to comprehend for some adults, so what do you say to kids?

Enter Out of Hand Theater (the home of Equitable Dinners) and a slew of partners who have launched a video series titled Talk & Walk: A Children’s Guide to Racial Justice. Week one’s seven episodes ask “What’s in a name?” and are available on YouTube now. Each runs less than two minutes.

They’re needed, says Out of Hand’s Lee Osorio, “because the world has imploded around these issues and the lack of justice.”

Talk and Walk was created and developed by Terra Gay, a transformative consultant and former teacher who calls working with kids her passion. It was done in collaboration with Out of Hand, 7 Stages, Actor’s Express, Georgia Ensemble Theatre, Horizon Theatre and Theatre Buford.

Week one is eventually expected to culminate in a video poem created by kids who’ve been watching, and organizers say they have three more weeks of videos “plotted in their brains.” The goal, say Gay and Osorio, is to introduce concepts of racial justice in a way that is intentional and not frightening.

The videos, perhaps, are most appropriate for ages 5–12, although there’s something in them for every age, from teens to young adults and grownups.

“Each week is helping us lead young people to become their own activists,” says Gay, who worries about a 14–year–old nephew and mourns another, Trent Stephens Harper, who was 25 when he was killed by police in Ohio.

“They don’t have to go to a protest,” she says of the children she hopes see the videos. “They can have one in their front yard or living room. It’s a way to give them voices.”