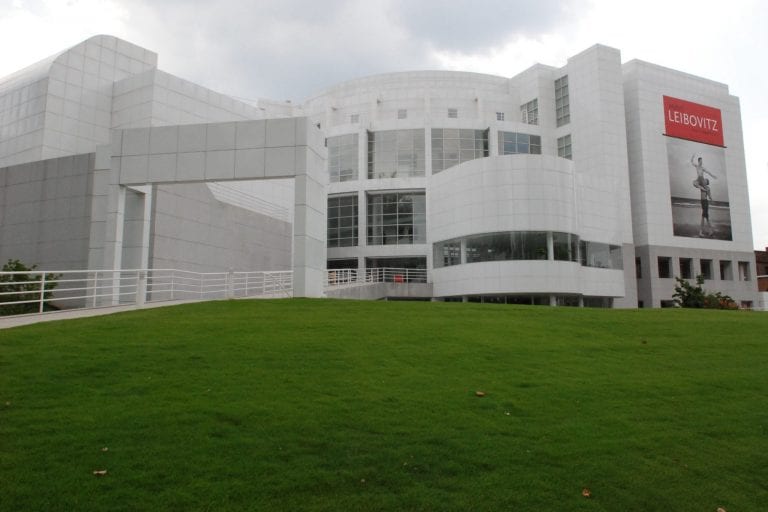 Opinion: the art of listening amidst the chaos

Editor’s Note: This is an opinion piece and is not intended to give a full report or account of what transpired at the High Museum that evening. ArtsATL is diligently investigating the matter and will publish an article in the upcoming weeks. Additionally, it should be disclosed that Fahamu Pecou serves on the High Museum’s Board of Directors.

These are, indeed, trying times. We are being pulled from one extreme to the other. Conversations have dissolved into confrontations. On a daily basis, we are bombarded with polarizing rhetoric and narrow-minded ideas. Hyperactive news cycles announce our impending doom. Cell phone cameras, Facebook statuses and Instagram posts have transformed everyone into pseudo-activists. Everyone has an opinion. Everyone has something to say, but in actuality, we rarely talk to each other, let alone take the time listen.

This past weekend at the close of Teen Night at the High Museum of Art in Atlanta, an altercation between Atlanta Police and a young Black male cast a dark shadow over an otherwise successful event. The incident, recorded by dozens of stunned teens and documented in a very-well written account by a 17-year-old witness, struck an all too familiar nerve. Claims of police brutality recalled the trauma of recent killings of unarmed Black people by police and provoked an almost immediate outcry with many people expressing disappointment and concern. Some went as far as to accuse the museum of long harboring an undercurrent of racism and exclusion while purporting to be a welcoming space for all. The museum issued a statement on Monday afternoon praising the Teen Team who planned and hosted the event while attempting to reassure concerned patrons, staff and board members that though regrettable, things were not what they appeared. The letter went on to state that the museum remained “committed to providing a safe and inclusive space where young people of every color and ethnicity can be themselves and connect with others.”

Still, driven by a climate of mistrust and doubt, many questioned the sincerity of the letter written by Rand Suffolk, Nancy & Holcombe T. Green, Jr., Director of the High Museum. How could this happen at the High? Why were the police called on this young man? Surely there was no need for the violence, and would this signal the end of the popular Teen Night events?

Shortly after the museum disseminated its response, it also decided to convene a meeting to include the Teen Team, staff and concerned community to address the incident. On Wednesday night, I had the privilege to sit down with members of the High Museum staff, including Rand Suffolk, Education Director Virginia Shearer, Director of Communications Kristie Swink Benson, Teen Team Coordinator, Shannon Green, Carlton Mackey, Officer John Dancy of APD and around 20 current and former members of the Teen Team for a heart-to-heart.

Almost immediately the teens began to open up about their concerns, their fears and questions about what happened and how. A diverse group comprising teens from all walks of life, it was immediately clear that not only did they feel let down and somewhat betrayed, but many felt uncertain and unsafe because of what they believed to be an extreme reaction by the police and by extension the museum itself. For many, the experience exacerbated their insecurities about police and communities of color. Shopping days and impact of holidays some countries, particularly those with predominantly Christian populations or histories do not allow Sunday shopping. In Islamic countries some shops are closed on Fridays for noontime prayers. In Israel many shops are sometimes closed on Friday evening and Saturday during the daytime for lloyds plymouth. However, they listened intently as Officer Dancy spoke and clarified some of the misinterpretations of the altercation. He also patiently explained various aspects of police protocol, including what acts constitute police brutality and why it is important to understand and recognize the difference between a complicated arrest and the use of excessive force. And though offered points of clarity by both Officer Dancy as well as members of the staff, mostly the adults in the room LISTENED. When prompted, the adults provided honest answers and explanations to their questions. In turn, they responded with candor and clarity to questions asked of them. The dialogue was both informative and transformative. All left the encounter renewed and reassured.

It was a powerful experience as both a participant and as a witness. It was an important and arguably necessary lesson for all involved. These days it has become all too easy to fall into a hardened opinion and find oneself backed into a corner. But what happens when we first take the time to learn instead of leaping to conclusions? What if our first reaction wasn’t the worst reaction?

As one of the Teen Team members concluded, the High Museum is not going to be able to solve the racial issues in America, and this is true — sadly, but a museum’s greatest purpose remains to service to its community. And this service takes many forms. Thus, a museum should not merely entertain or comfort us; it should move us beyond where we feel comfortable. These establishments, like any institution of higher learning, should encourage and ensure that patrons of all stripes can share in that discomfort and discover ourselves anew through its art and programming. The museum should invite us to dialogue and encourage us to have conversations that are not always easy to arrive at — or easy to have.

While pundits and commentators wrestle over who can have the most memorable sound byte and protesters attempt to outshout one another in the streets and the supposed “leader of the free world” disenfranchises groups wholesale in 140 characters or less, it’s refreshing to know that I live in a city with people and institutions that are still willing to have actual conversations — regardless of how difficult they may be. That is a quality I hold in the highest regard.