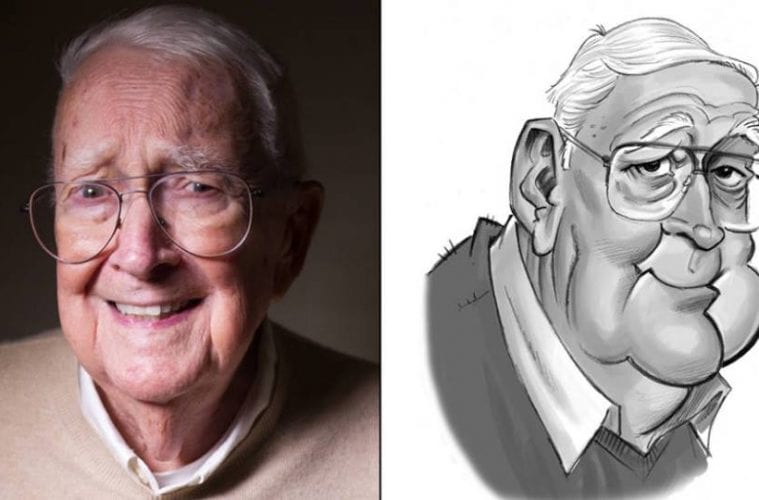 Atlanta native Jack Davis, an acclaimed cartoonist whose work appeared in a wide range of publications from Mad magazine to EC Comics to Atlanta magazine, died Wednesday of natural causes at his home on St. Simons Island. He was 91.

Davis received a lifetime achievement award in 1996 from the National Cartoonists Society and was inducted into the Will Eisner Hall of Fame in 2003.

He formally retired at the end of 2014, largely unaware of the impact of his work. “I never really thought about that, but I guess I’m very blessed,” Davis told Wired. “I’ve been very lucky.”

Davis was born in 1924 in Atlanta and published his first work at the age of 12. After three years in the U.S. Navy, Davis went to the University of Georgia and began to draw for the campus newspaper and also helped found an off-campus humor magazine.

“Jack Davis was a seminal figure in illustration of the last century,” Chris Garvin, director of the Lamar Dodd School of Art at UGA, told the Los Angeles Times. “His work was both timely and timeless. It perfectly expressed the era in which he worked.”

After graduation, Davis earned enough money drawing a Coca-Cola training manual to pay his way to New York City in 1949. There, he began to draw for EC Comics and its various horror titles including Tales From The Crypt and The Vault of Horror. 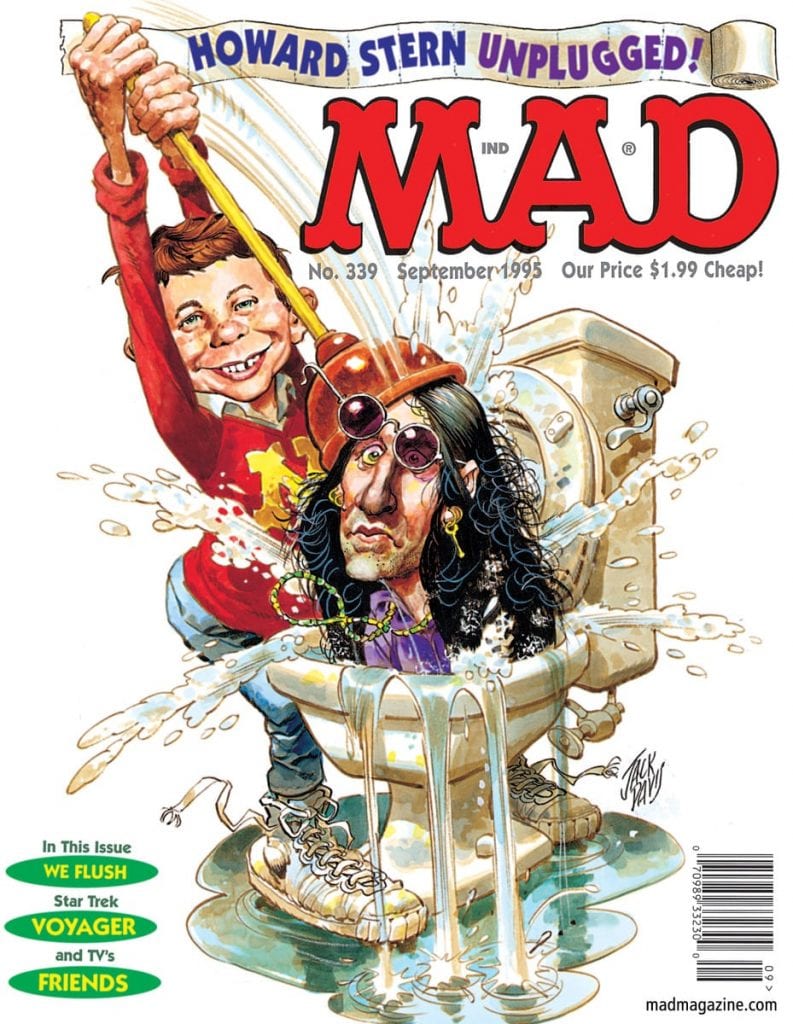 Davis worked closely with Bill Gaines, an EC Comics editor who would later help found Mad magazine. His work appeared in most of the first 30 issues of Mad. His last cover, which depicted Alfred E. Neuman pushing radio host Howard Stern into a toilet, was one of his most famous works.

His work also appeared in TV Guide, on film posters and record albums. In 1989, Davis was commissioned by the United States Postal Service to design a stamp that celebrated letter carriers.

In an online tribute, Mad magazine celebrated the work of Davis. “There wasn’t anything Jack couldn’t do,” said Mad editor John Ficarra. “Front covers, caricatures, sports scenes, monsters — his comedic range was just incredible. His ability to put energy and motion into his drawings, his use of cross-hatching and brush work, and his bold use of color made him truly one of the greats.”

His death has prompted obituaries in publications that range from the BBC to The New York Times and New York Daily News to the Los Angeles Times.

Ficarra said Davis would “always be remembered for his charming modesty and Southern gentleman manner, which completely belied his rascally sense of humour and wry wit.”

Davis is survived by his wife, Dena, as well as a daughter and a son. 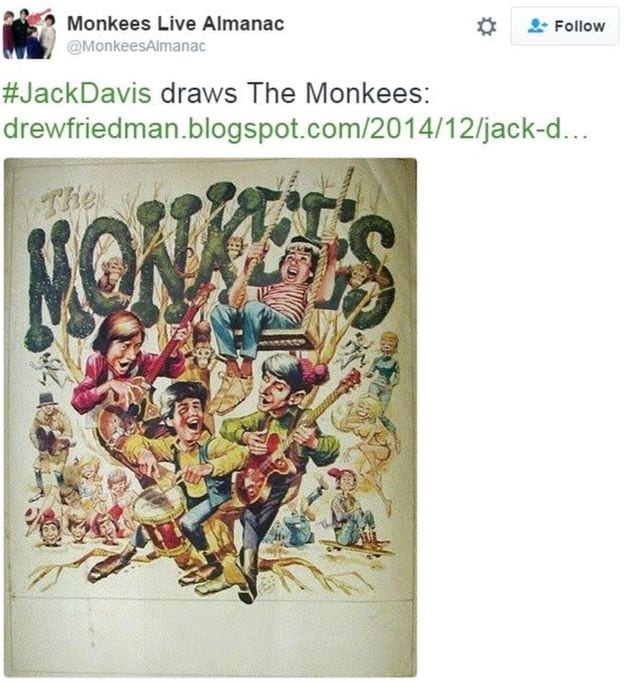 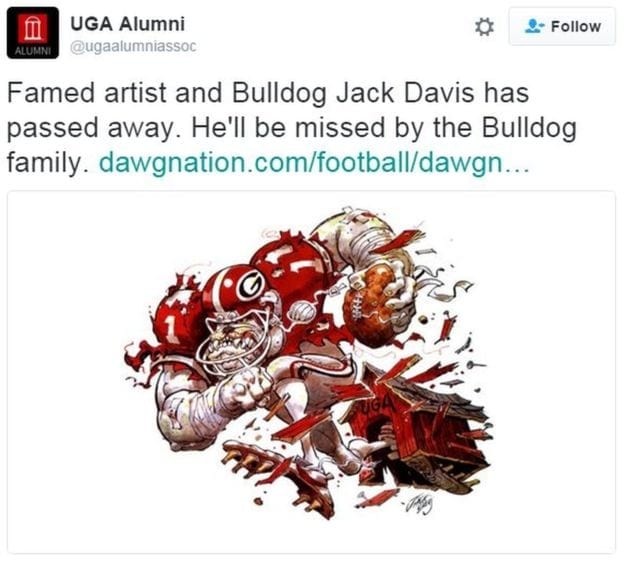