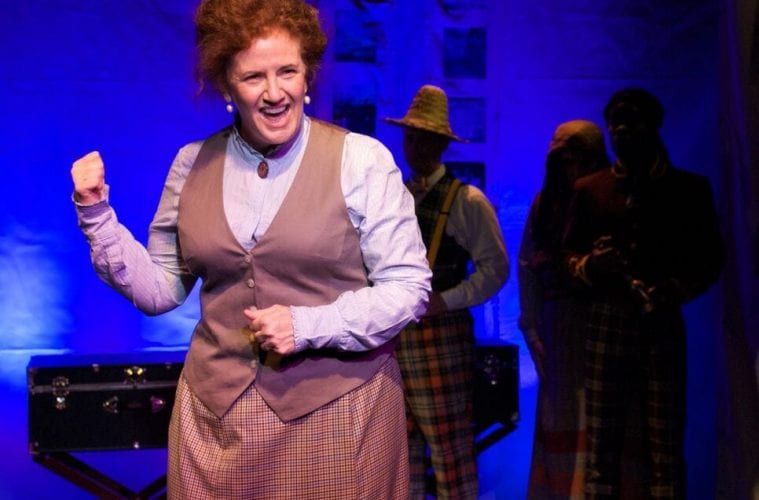 Obituary: Acclaimed actress Jo Howarth was known as a mentor and role model in Atlanta theater 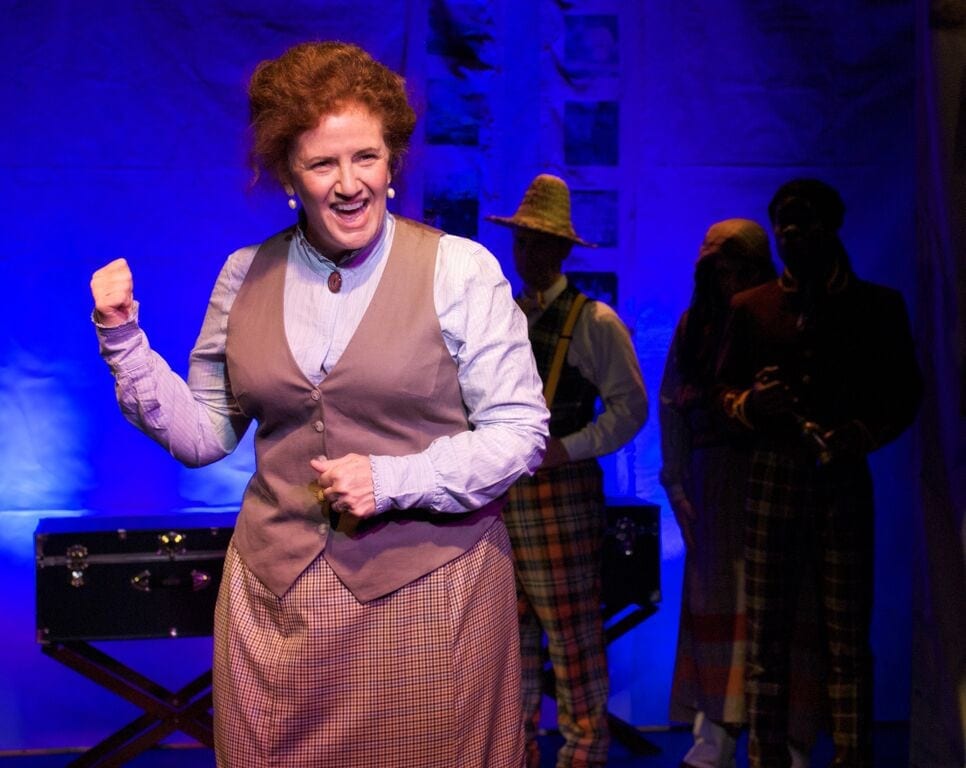 Throughout a long career, Jo Howarth worked with artists all across the city and brought numerous characters to life. She called herself a character actor from the age of three (when she played a duck). Professionally, however, she began her career in 1980, appearing mostly on stage but also in some film, audiobooks and voice-over work.

Howarth, a popular and respected local actress, passed away last week after suffering a cardiac arrest in her sleep that left her in a medically-induced coma.

Her husband, Patrick Noonan, a retired Emory professor, recalls her being open hearted and empathetic. “The people who worked with her enjoyed and respected her,” he says. “She was a great cast mate — very positive, the type who brought cookies.”

She took her craft very seriously, doing the requisite work and setting high expectations for herself. “Others saw her as a reminder of what it means to be an actor, the preparation that is required, as well as the responsibilities,” Noonan says. “She lived that in the work she did and I think a lot of younger people she has worked with saw her as a role model. She loved the theatrical tradition and the meaning of theater.” 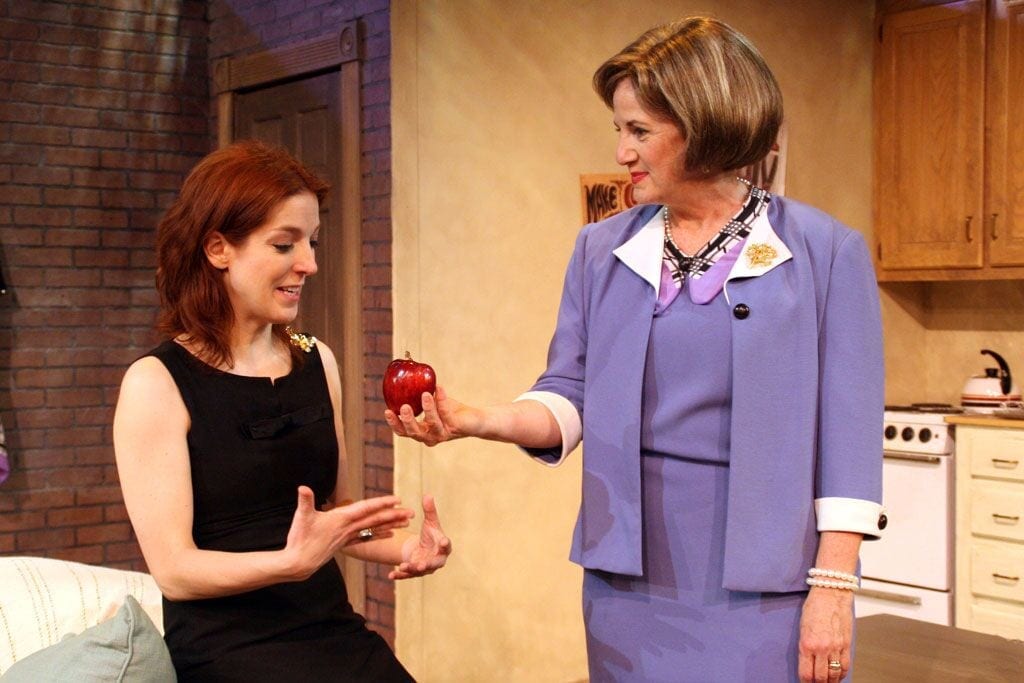 Howarth and Megan Hayes (left) in Butterflies Are Free.

The actress, 58, grew up in Springfield, Illinois and got her feet wet in the business at Minneapolis’ Guthrie Theatre. She later moved to New York to marry Noonan, who grew up in the same city as Jo and became friends with her in high school. They relocated to Atlanta in 1993.

After raising her two sons, Paul and Will, Howarth had a hankering to get back into theater. In 2002, she started doing workshops with The Process Theatre Co. Her return to the craft and the emergence of Topher Payne as a playwright began around the same time.

The two first met through Process’ “Plays In Process” series. She understudied in a staging of Payne’s Relations Unknown in 2004, the first time he worked with her on a production. “We quickly discovered we were mad for each other,” Payne says. “She was more than happy to let me exploit her talent.”

The first play of Payne’s she starred in was The Attala County Garden Club at OnStage Atlanta in 2006. From there they worked together on Essential Theatre’s Evelyn in Purgatory, Lakebottom Proper and Lakebottom Prime at the Springer Opera House (and Prime later at The Process Theatre), Above the Fold at The Process Theatre and Georgia Ensemble Theatre’s Swell Party. 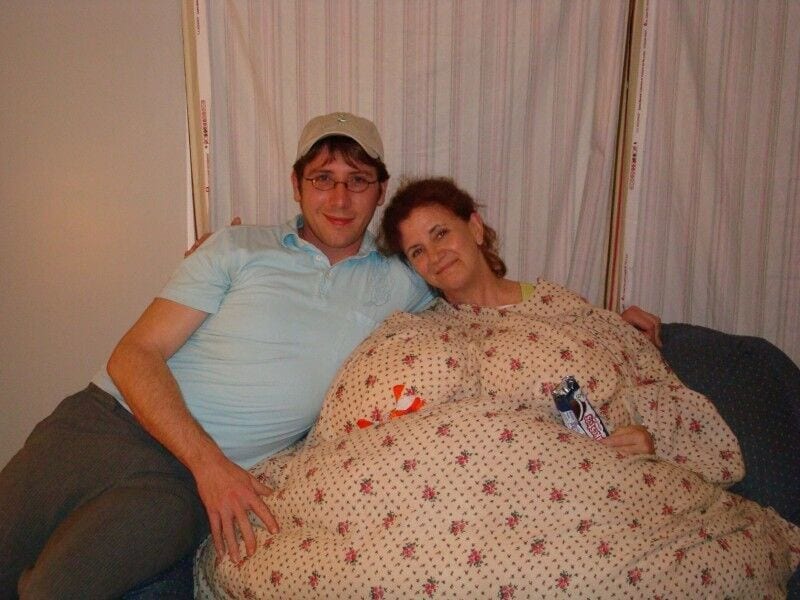 Howarth during rehearsals for Payne’s Don’t Look at the Fat Lady.

Perhaps their finest collaboration was the one-woman show Don’t Look at the Fat Lady, staged by The Process Theatre in 2008, in which Howarth played an overweight woman who had not left her sofa for six years.

It was, arguably, the performance of the year — and the actress took home a 2009 Metropolitan Atlanta Theatre Award for Best Actress. She also won the Woody Award for Best Supporting Actress in 2011 for her work in Stage Door Player’s Butterflies Are Free.

Other notable productions included Suddenly Last Summer at Actor’s Express, Barefoot in the Park at the Springer Opera House and Trash at The Process Theatre. Jo was also a company member of the New York-based Flying Carpet Theatre, where she originated a role in the acclaimed The Medicine Showdown.

Payne and Howarth acted together in the drama Doubt, staged last year by Out of Box Theatre. “Professionally, she was an extraordinarily gifted actress,” says Payne. “There was an extraordinary sensitivity in her work, as well as the ability as a performer to make every line feel like she was making it up on the spot. Playwrights loved her.” 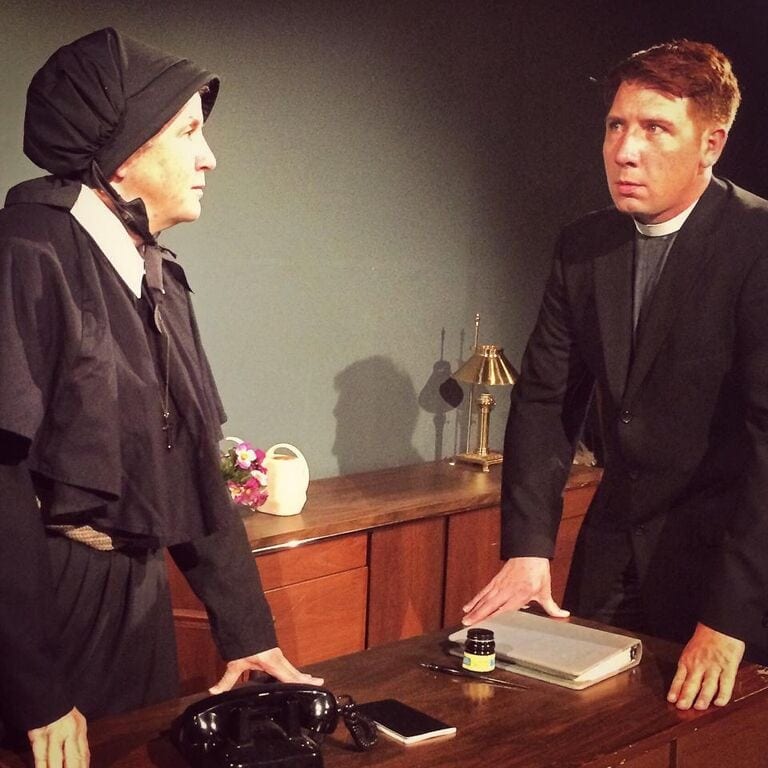 Yet she was also happy to help in the development of new plays, even when she wasn’t in the cast. “I can’t even begin to count the numbers of plays she participated in the development of,” says Payne. “It was her favorite thing to do — encourage new growth, both in her 20s for round one and when she returned in her 40s. I have not had a single play since I met her 13 years ago that at some point she had not a voice in. And I am not alone in that.”

Playwright Johnny Drago first met Howarth in 2008, during a Working Title Playwrights developmental workshop of his play Cutesy-Pootsie. He immediately was taken with her depth. “She played a very posh mother who cartoonishly despises her daughter, and did it with such kindness and humanity that I remember thinking I had to keep track of this actress for future reference,” he says.

Drago remembers Howarth as an almost omnipresent force in the theatre community. “If she wasn’t in the show, she was at the show, ready to support the successes of her friends and colleagues, no matter what,” he says.

As an understudy during the 2014 run of Steel Magnolias at the Alliance Theatre, she invited Drago and his partner to come to the closing night performance. “Afterwards, she snuck us backstage to a reception with the actors,” he says. “I just remember feeling so proud and honored to be seen at the party with the coolest kid in the room.”

The recent 4th annual Atlanta One-Minute Play Festival at Actor’s Express was dedicated to Howarth. The finale, which incorporates every single actor from the event, featured a clip of one of her performances.

Artistic director Robert Egizio had no understudy for the part and had to find someone quickly when Howarth fell ill. Director Shelly McCook was out of town but drove eight hours to take over the role. Egizio resisted saying anything specific to audiences about the situation, saying they had a medical emergency and that McCook would be coming in. A number of people in the audience, however, were friends and colleagues and knew what was going on. 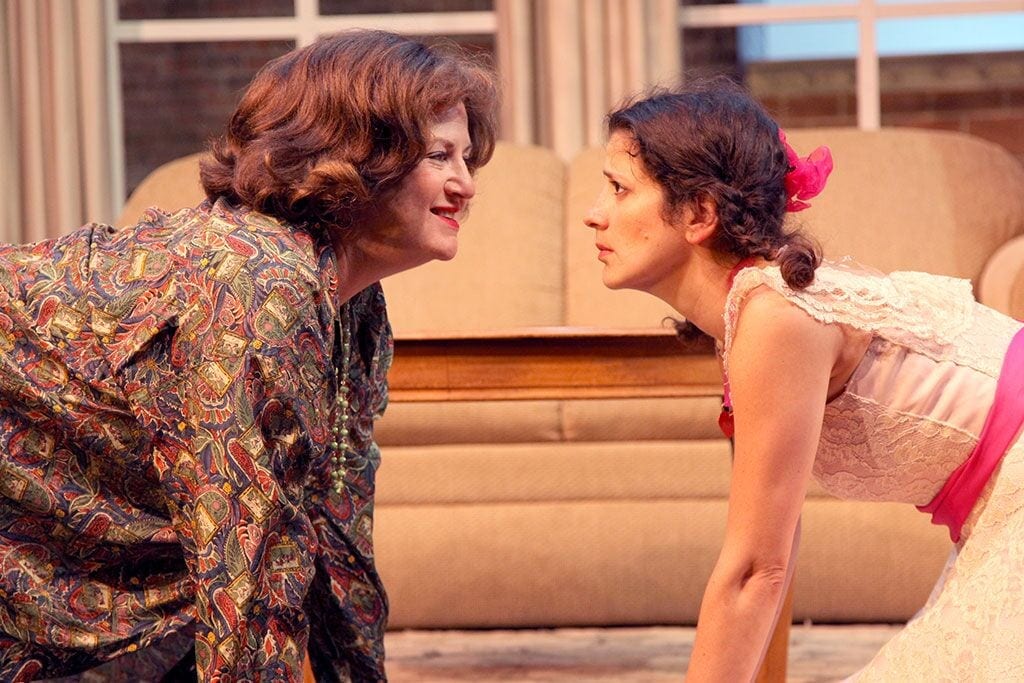 Howarth, with Amanda Cucher, in her final role in Sylvia.

Noonan and Payne are planning celebrations of Howarth’s life, here and in Springfield, probably in August. They hope to use that celebration as an opportunity to create a program to fund other women in their 40s who are trying to get back in theater as actors, directors and writers.

“As long as you have a voice, you have a story to tell,” says Payne. “For women, this is a really important message, whether you’re getting back into the theater or even starting. This will be a definite resource, an access point into the community. Jo would love that.”