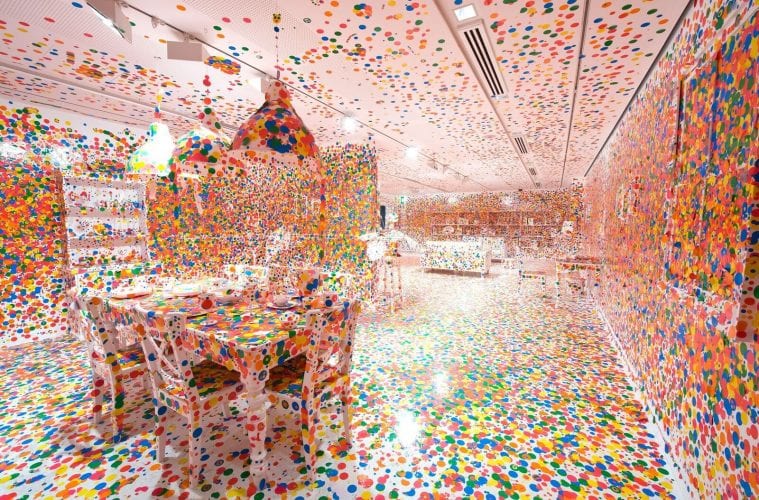 The High Museum of Art recently announced its roster of upcoming exhibitions for 2018. In addition to the highly anticipated shows Yayoi Kusama: Infinity Mirrors, running from November 18 through February 17, 2019, and Winnie-the-Pooh: Exploring a Classic, running from June 3 through September 2, the museum will also host Sonic Playground: Yuri Suzuki from June 24 through October 7.

Presented on the High’s outdoor Sifly Piazza, Sonic Playground, an installation of sound sculptures by internationally renowned designer Yuri Suzuki, will feature colorful sculptures that modify and transmit sound in unusual and playful ways. The installation continues the High’s multiyear initiative to activate its outdoor space with commissions that engage visitors in interactive art experiences. It will be the High’s first venture into exploring the notion of audible play. The installation will also serve as a stage for performances and other activities the High will co-organize with local arts organizations.

From September 29 through January 6, 2019, the High will also host With Drawn Arms: Glenn Kaino & Tommie Smith. The exhibition, organized by the High Museum of Art in collaboration with Los Angeles–based conceptual artist Glenn Kaino, considers the historic gesture of gold medal sprinter Tommie Smith as he raised a fist at the 1968 Summer Olympic Games in Mexico to protest abuse of human rights around the world and in response to the struggle for civil rights in the United States. The exhibition is the culmination of a multiyear collaboration between Smith and Kaino and will feature sculptural installations and other works by Kaino, objects from the Tommie Smith archives and an animation of Smith’s winning race created from contributed drawings. Cindy Sherman’s 1977 Untitled Film Still #6 will be featured in the exhibition Outliers and American Vanguard Art at the High Museum. (Courtesy of the artist and Metro Pictures, New York)

Outliers and American Vanguard Art  from the the National Gallery of Art in Washington, D.C. will run from June 24 through September 30. The major touring exhibition examines the shifting identity of American self-taught artists and their impact on the evolution of modern and contemporary art. With more than 250 works from the 1910s to the present by more than 80 trained and untrained artists, the exhibition reveals how artists on the margins have galvanized the mainstream art world. Artists in the exhibition range from lesser-known painters including Morris Hirshfield to contemporary art stars such as Kara Walker and Cindy Sherman. The exhibition will also feature works from the High’s collection of folk and self-taught art, including pieces by the Gee’s Bend quilter and abstract artist Mary Lee Bendolph and the visionary preacher and environment builder Howard Finster. In reviewing the show, New York Times art critic Roberta Smith praised the exhibition as “groundbreaking” for its “new inclusive vision of American art.”