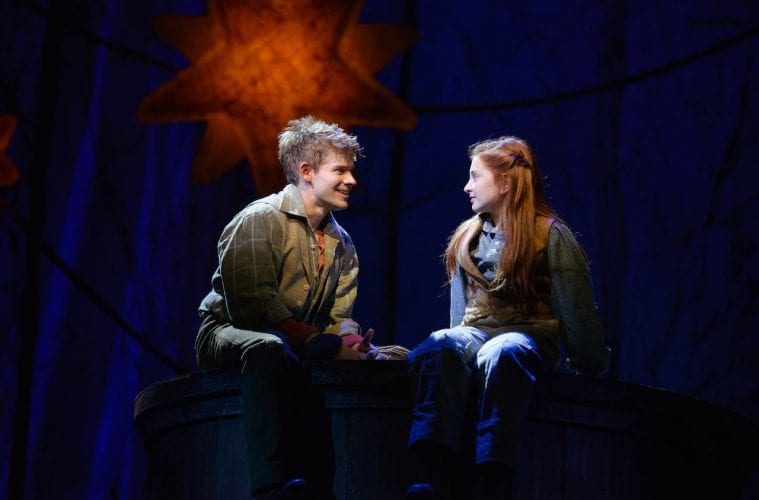 News: With “Tuck Everlasting” and “Perfect Arrangement,” New York gets a taste of Atlanta 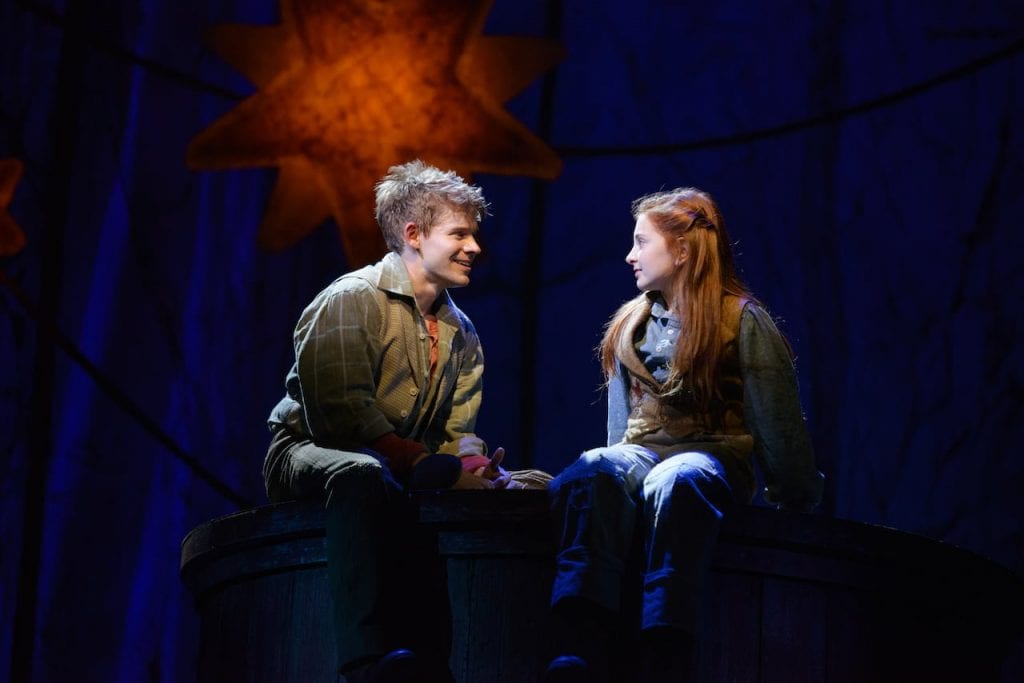 Two lauded productions familiar to Atlanta theatregoers — Tuck Everlasting and Perfect Arrangement — will be getting wider audiences as part of the upcoming 2015-2016 New York theater season.

Tuck Everlasting, staged earlier this year by the Alliance Theatre, will debut at a to-be-determined Shubert location in the spring. Based on Natalie Babbitt’s 1975 book sensation, the musical follows Winnie Foster, who meets the Tucks, a family with a secret that could change her life forever.

Directed and choreographed by Casey Nicholaw with book by Claudia Shear, music by Chris Miller and lyrics by Nathan Tysen, it will retain its creative team as it preps for Broadway. 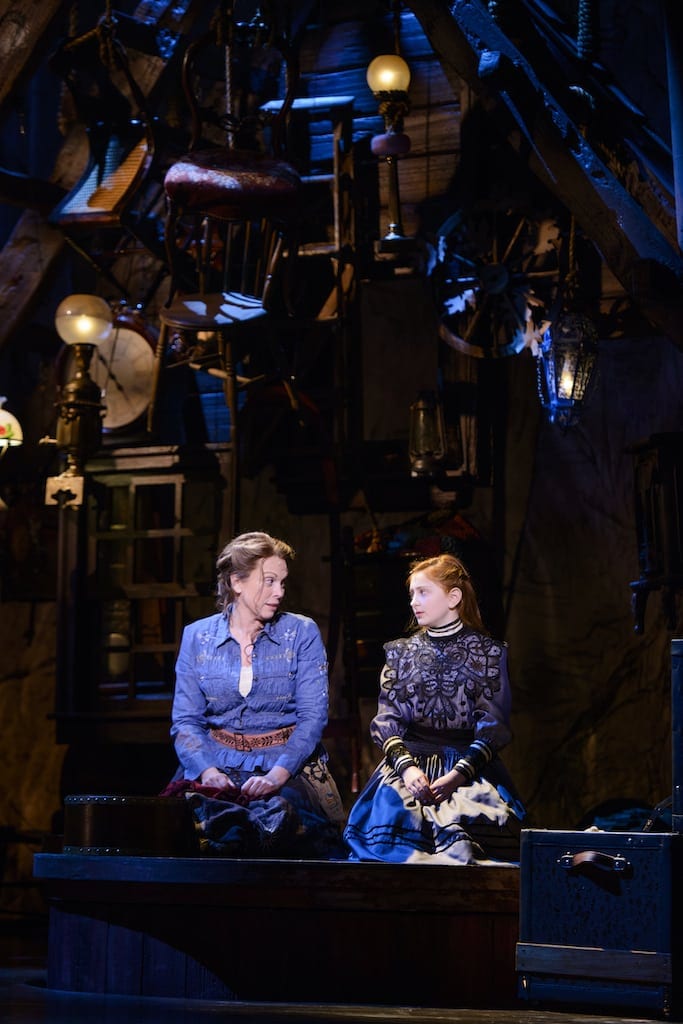 To Susan Booth, artistic director of the Alliance Theatre, it’s no surprise that the musical is Broadway bound. “It was an astonishingly beautiful show,” says Booth. “Casey Nicholaw is one of this generation’s most skilled theatre makers and that artistry was wholly compelling. Add to that the fact that this story has an international following owing to one essential and provocative question — if you could live forever, would you?”

She is proud that this follows the likes of The Color Purple and Bring It On as musicals that were incubated at the Alliance and grew from there. It’s the Alliance’s job to do that, she feels.

“Atlanta identifies itself as a leading international city,” says Booth. “If we mean that, then we need to be the creator of great work — not merely the recipient of it. And that role as a leader rather than a follower ought be every bit as important for our city’s cultural identity as it is for our identity in the realms of sports, business, social and civic activity. We want the rest of the country looking to Atlanta for what’s next.”

What is on many people’s mind is the question of whether Atlanta native Sarah Charles Lewis will recreate the lead role of Winnie. Casting won’t be announced for a while, but Nicholaw wants Lewis in the cast.

“He wanted the best actress for the part, he found Sarah and loved her,” says the Alliance’s Kathleen Covington. “He really wants her to go on and doesn’t want her to grow out of the role.” Lewis was 10 when she auditioned for the role and 11 when she did the part.

Tuck will begin previews on March 19 and officially open on April 17.

Also making the Big Apple leap is Perfect Arrangement by Atlanta playwright Topher Payne. Payne’s comedy, inspired by the lavender scare of the 1950s, follows a U.S. Department of State employee and his secretary, both closeted and married to each other’s partners as a cover.

Winner of the prestigious 2014 American Theatre Critics Association Osborn New Play Award, it will be mounted this fall off-Broadway by Primary Stages Theatre. A director has been set but it has not been cast.

Payne  had  been in conversations about  taking Arrangement to New York for about a year. “We had a reading at Manhattan Theatre Club in June of last year that served as an introduction to the piece for producers,” he says. “A couple of interesting conversations came out of that, but everything went quiet for a while. Nothing happens until everything does.”

In early spring, he was contacted by Primary Stages about staging it. “They had an opening in their season and they loved the script,” says Payne. “What should have taken two years after that reading took two weeks.”

Long without an agent, he knew he had to have one to navigate this. He contacted Sean Daniels — formerly the artistic director of Dad’s Garage and just named as artistic director at Merrimack Repertory Theatre in Lowell, Massachusetts — to get advice on representation. Payne later signed with the Gersch Agency, which also reps Daniels. “I got an agent because we needed to negotiate,” he says. “It was the exact moment I needed one.” 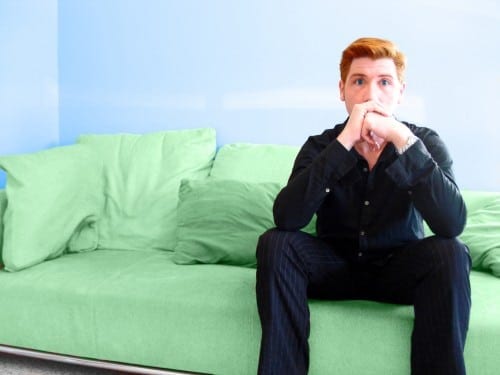 Payne is proudly Atlanta-based and plans to stay that way.

He is very familiar with the company, which has a strong reputation for working with playwrights early in their careers. The theater has a long-standing relationship with playwright Charles Busch, among others.

“They do nothing but world premieres and New York premieres,” Payne says. “Their process of developing new plays and giving them a polish as they cross the finish line is peerless. I am really lucky.”

It marks the second high-profile national production of a Payne play this year. His Angry Fags debuted at Steppenwolf Theatre in Chicago in early 2015. The play ran for three months there and garnered the playwright what he dubs both the best and worst review of his career.

For Payne, the off-Broadway engagement is proof to him that he doesn’t have to live in New York to be seen. “I’ve had this (belief) for 16 years that I can make Atlanta my base of operation and still have my work seen nationally,” he says. “This year, between Angry Fags and this off-Broadway and getting an agent, I am finally getting validation of that belief. We can make our art here and share it here. That is gratifying.”

What’s even more gratifying is that he isn’t alone. Other former Atlanta playwrights are making noise as well. Gabriel Dean, now based out of New York, Steve Yockey out of Los Angeles and Lauren Gunderson out of San Francisco are all enjoying success.

“We started writing in Atlanta around the same time,” says Payne. “I don’t have the experience of being part of the graduating class of anything. That is not how my education went down, but this feels like my graduating class. It’s storytellers who are finding their own voices in the same place at the same time as I was.”

Payne thinks the reason he write stories the way he does is because of where he lives. “My voice is so directly influenced by being an Atlanta writer, a Southern writer,” he says. “It’s nice to see theaters around the country are seeing the value of that. Southern writers are becoming a bad ass thing again.”