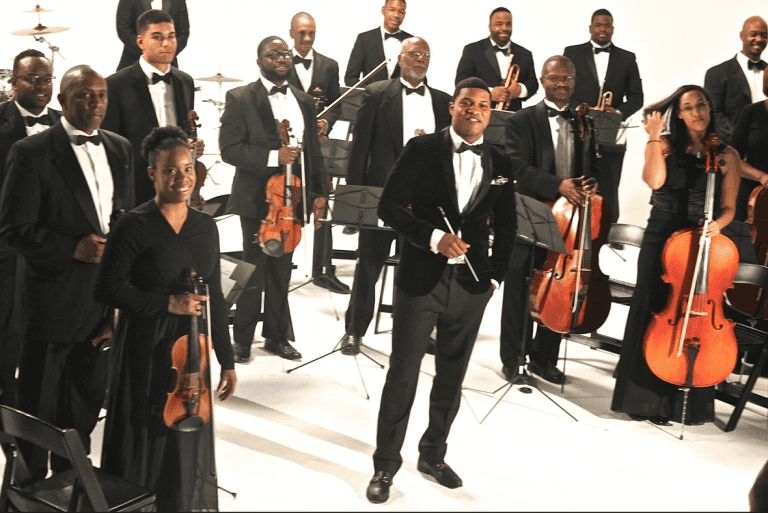 Conductor Jason Ikeem Rodgers will lead Orchestra Noir in a performance at Gordon White Park as part of the 30th-anniversary season of the National Black Arts Festival. (Courtesy Orchestra Noir)

The 30th-anniversary season of the National Black Arts Festival is gearing up with several noteworthy events slated for September.

Another exhibition, Thirty Years of NBAF: Experience the Journey, running September 22 through October 15 at Chastain Arts Center, will feature a look back through photos, video and commissioned art pieces from throughout the festival’s 30-year history. A reception for the exhibition takes place on Thursday, September 27 at 6 p.m.

A night of jazz at the High Museum on Friday, September 21, celebrates the festival’s long and storied connection to the art form. Jamal Ahmad from Jazz 91.9 WCLK hosts a lineup featuring different styles of jazz including bebop, freeform and the genre-blending sounds of horn player Christopher Allison.

If you love the annual Atlanta BeltLine Parade, then the Second Line on the BeltLine: A Block Party in Motion is sure to be a hit. On Saturday, September 29, beginning at Kipp Strive Academy at 3:30 p.m., the festival invites Atlantans to bring decorated parasols and become part of a participatory processional down the Atlanta BeltLine. The parade ends at the BeltLine’s Gordon White Park where Orchestra Noir, Atlanta’s African American orchestra, will perform an outdoor concert beginning at 4:30 p.m.

The festival’s website notes that additional details on the 2018 season may be added as more programming is solidified.