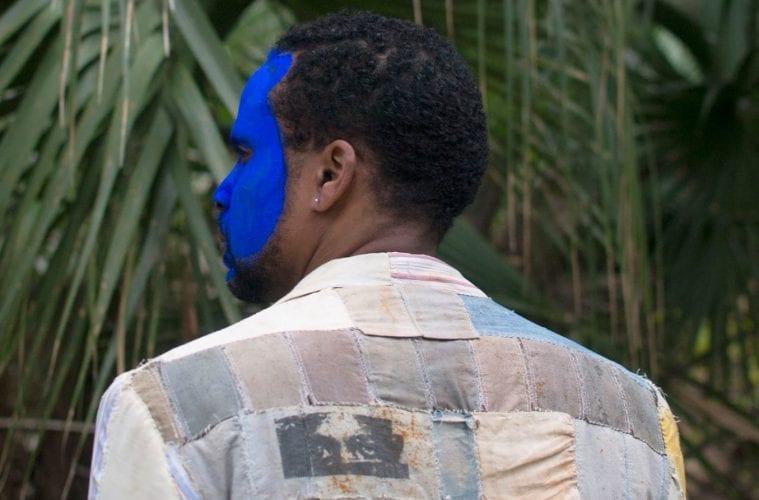 Idea Capital, an independent Atlanta-based arts funding initiative that gives grants to individual artists to help fund their projects, has announced its 2018 award winners. The organization will give twelve Atlanta-based artists a total of $15,000, the highest amount yet in Idea Capital’s ten-year history.

“All of this year’s  grant winners are united by their singular imagination and vision,” says Idea Capital Steering Committee member Felicia Feaster. “They show the incredible depth and breadth of Atlanta’s creative community and a shared commitment to investigation, boundary testing and experimentation.” Feaster says that issues of gender and sexual identity were a leitmotif in the proposed work of winners this year, as well as close-to-home environmental and political themes.

The winning projects were selected from hundreds of entries submitted by Atlanta creatives following an open call. The chosen recipients will each receive grants ranging from $1000 to $2000. In most cases, the grant helps fund a specific project, work or performance, but for some, the grant will be used as seed money to support or expand the scope of ongoing work.

The organization, which will be honored by ArtsATL with an Award for Artistic Innovation on January 28 at the annual Luminary Awards at Ponce City Market’s City Winery, released descriptions of the artists’ projects planned for 2018: 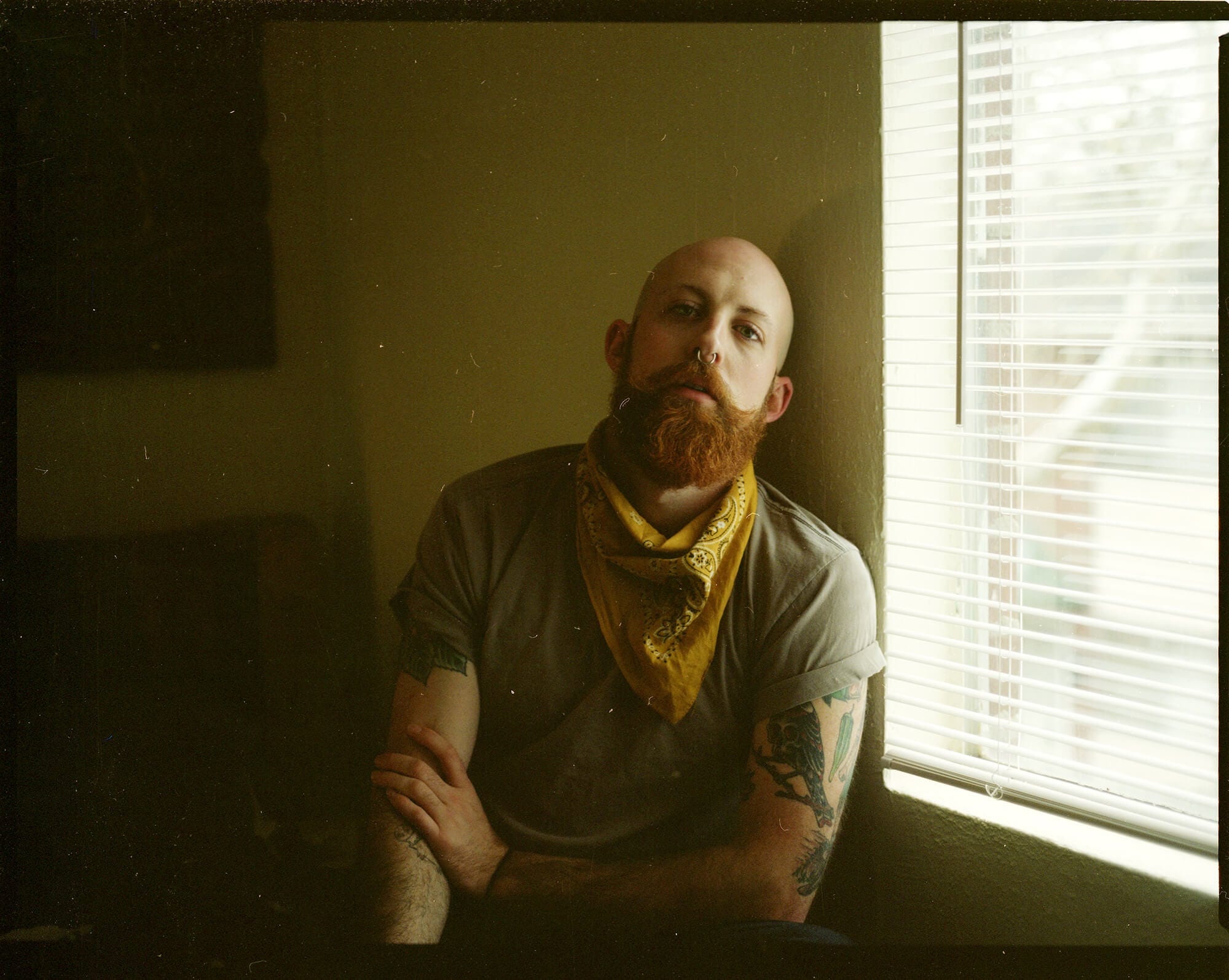 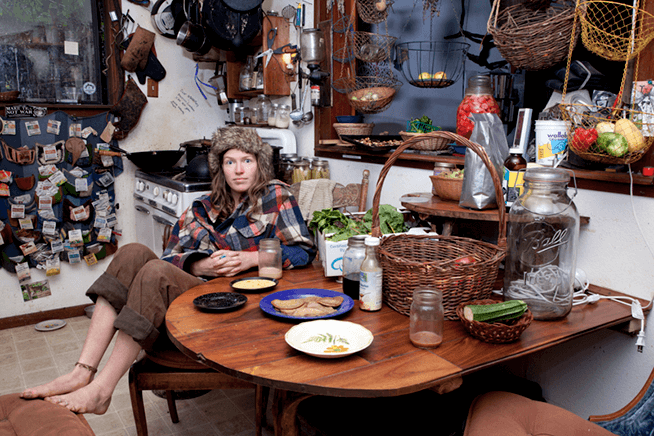 Ruth Dusseault’s documentary photo and writing project The Creatives will explore a subculture of off-the-grid makers and inventors. The project centers on members of a modern-day back-to-the-land movement, who, unlike their more familiar Hippie forebearers, incorporate technology, the Internet, global connectivity and shared knowledge into their “drop-out” ethos while striving for a utopian experience. 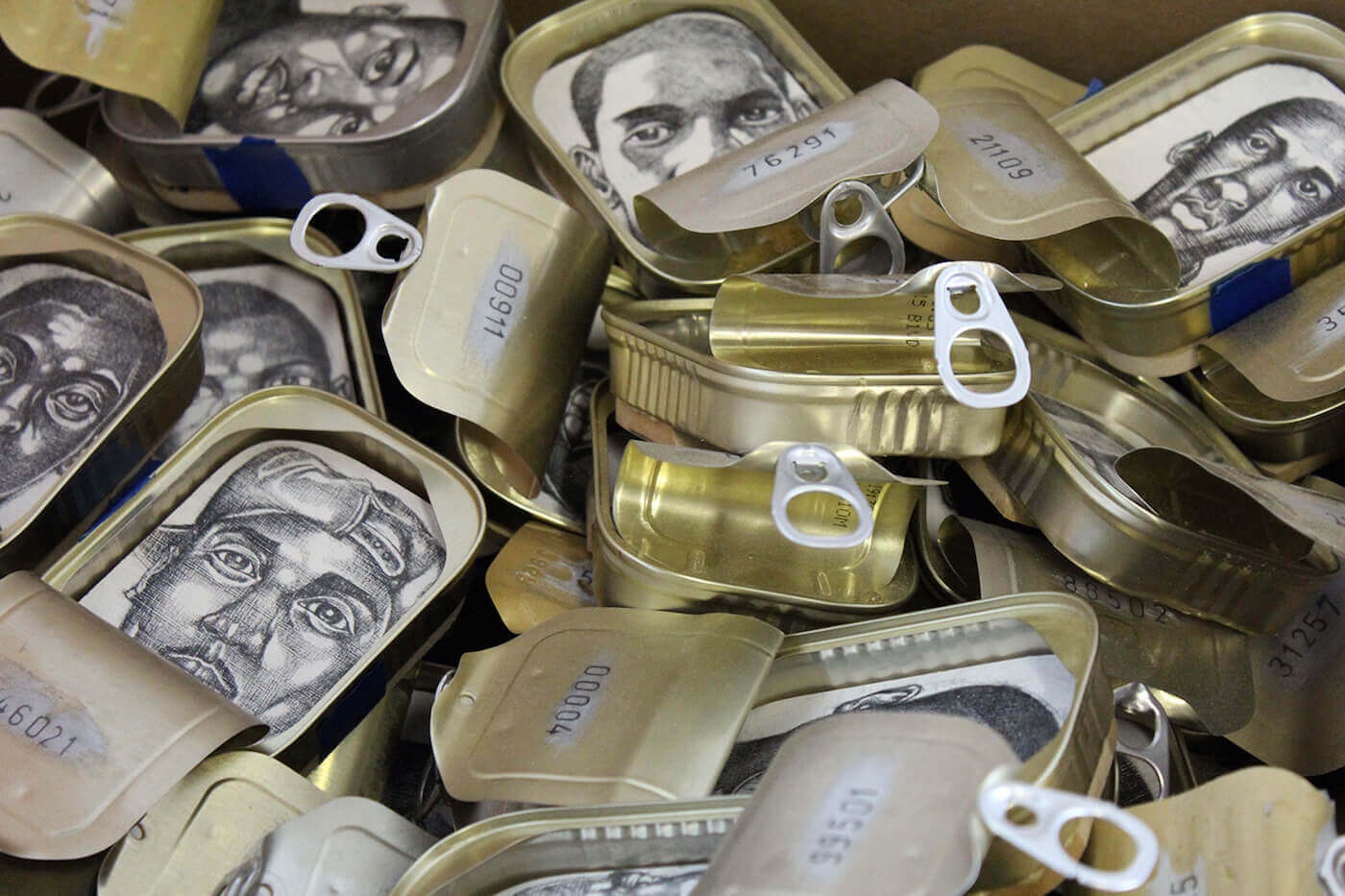 Two-time Idea Capital award-winning multimedia artist Masud Olufani will create The Katrina Suite as a series of sculptures that engage with the idea of water as transportation, liberation, destruction, rebirth and religion, tapping into the Brazilian state of Bahia’s complex relationship to water as both vehicle of the slave trade and component of the Yoruba belief system. 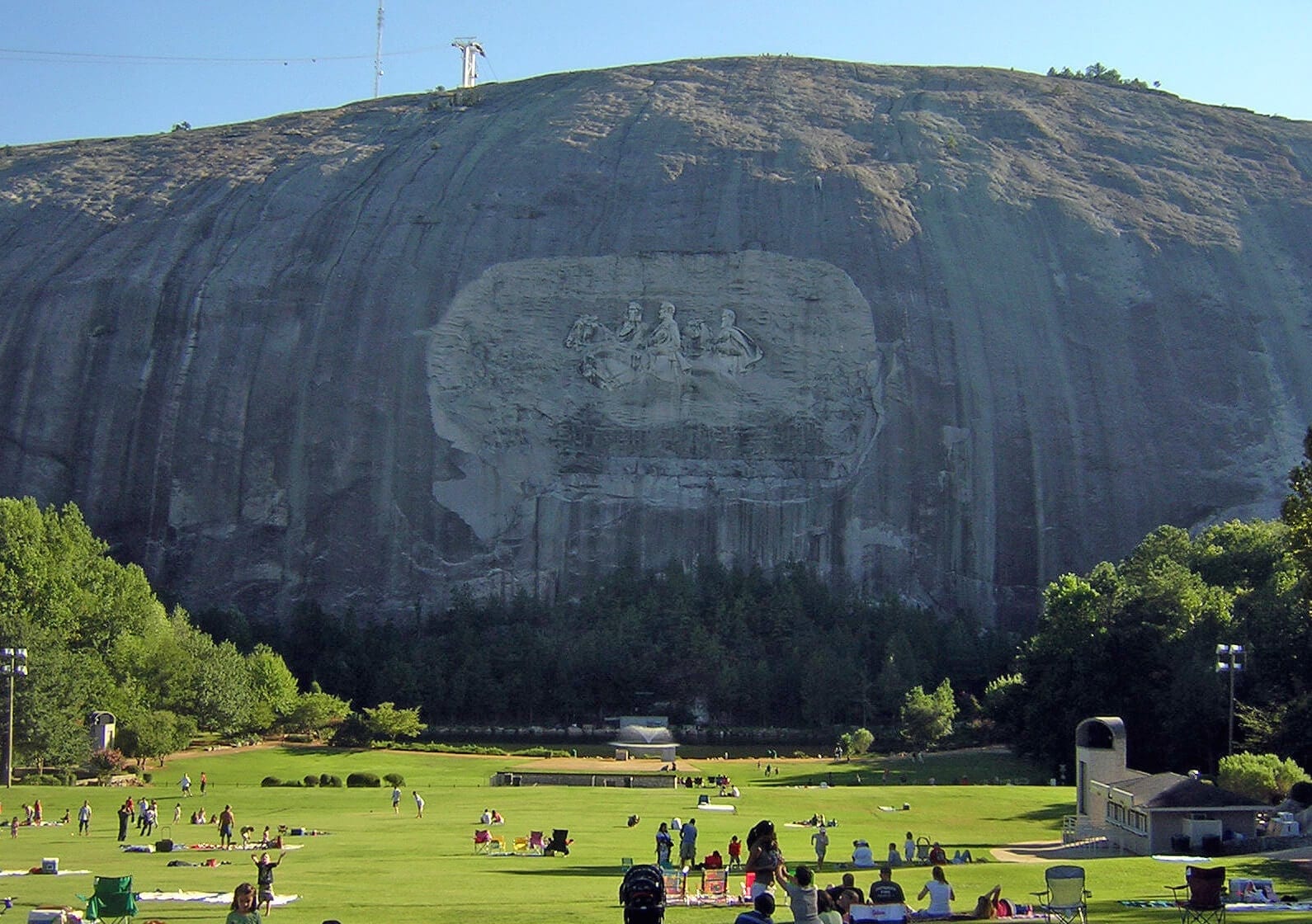 Artist Chris Revelle‘s Monument of the Spectacle will focus on the problematic symbol of the Stone Mountain Confederate Memorial Carving, which was created in the 1960s as a response to the Civil Rights movement. An alternative laser show created by Revelle will engage critically with Stone Mountain’s whitewashed Confederate history and issues of collective memory. 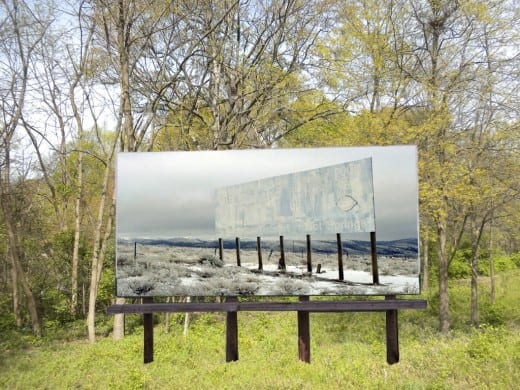 Atlanta artist Gregor Turk’s Reclaiming Blandtown (Phase 1) will chart Atlanta’s often troubling history of displacing black residents. Turk will create an exhibition of artwork centered on Blandtown, a historic African-American neighborhood on the city’s Westside, in addition to hosting a panel discussion and forum in which new and former residents can connect and share stories about the neighborhood. 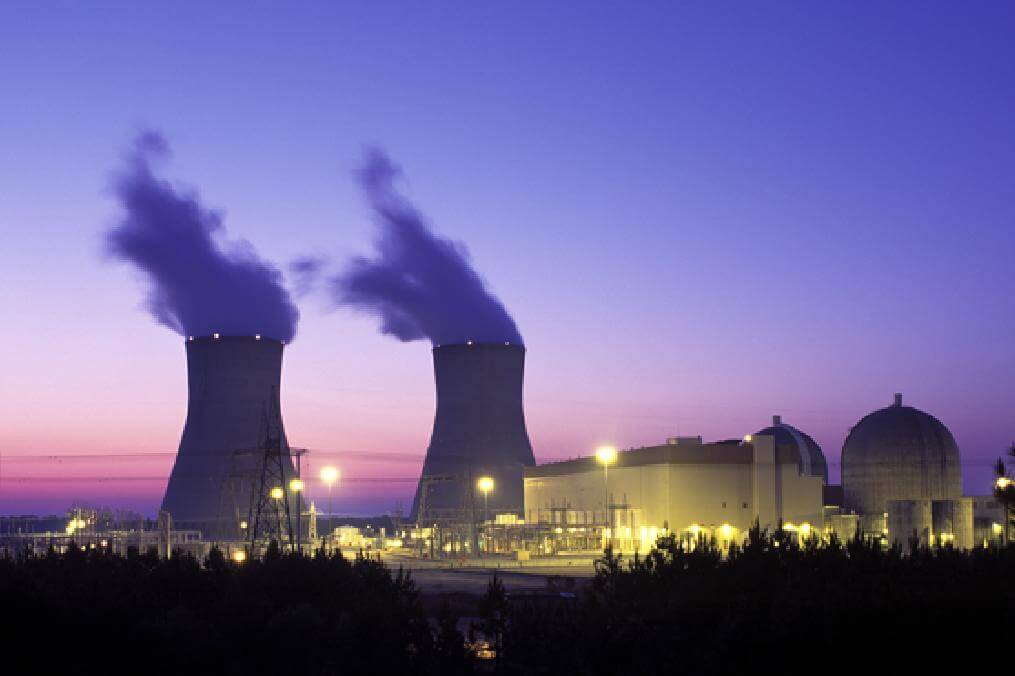 Laura Asherman will create a short documentary about Georgia Power and its expansion of the nuclear power plant Vogtle outside of Augusta. In Power Lines, she’ll seek to examine the current and potential consequences for taxpayers, the environment and public health of this massive, contentious project. 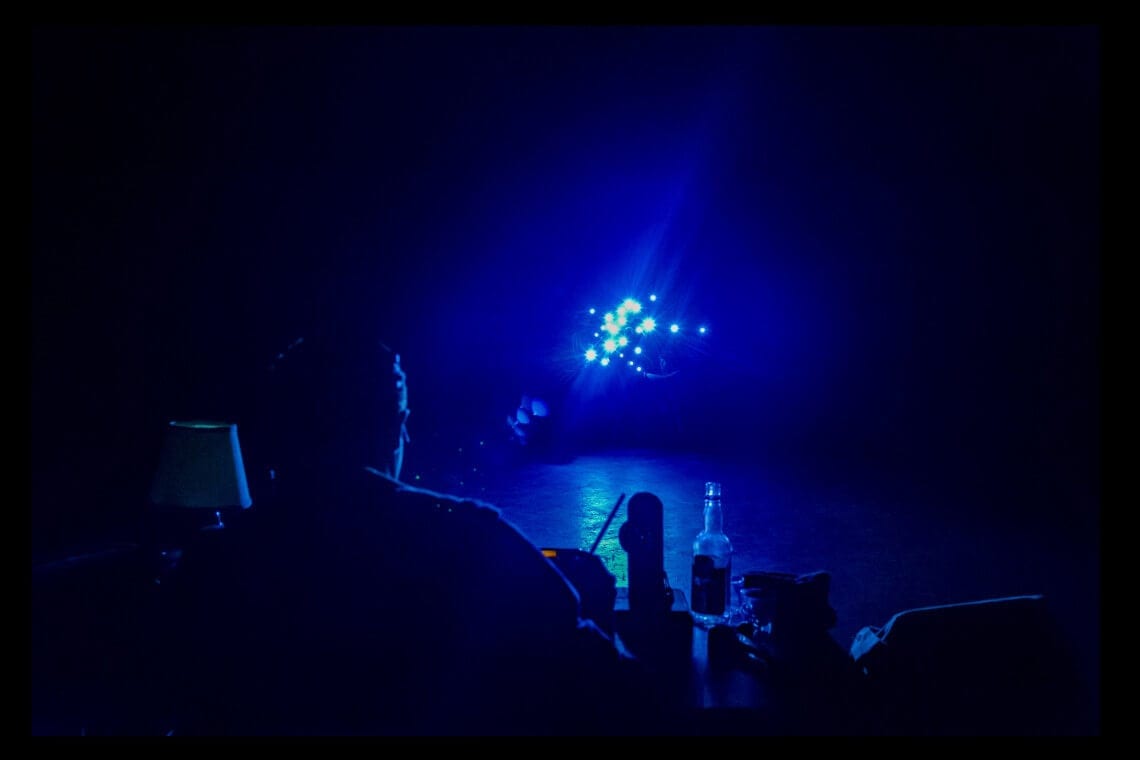 An image from a production of Orson Welles’ Moby Dick Rehearsed directed by Corey Bradberry at University of Southern Mississippi in 2016.

Producer and director Corey Bradberry, working with playwright Daniel Glenn, will create But all the other boys are going to the public execution, a dark theatrical comedy set during the bubonic plague. 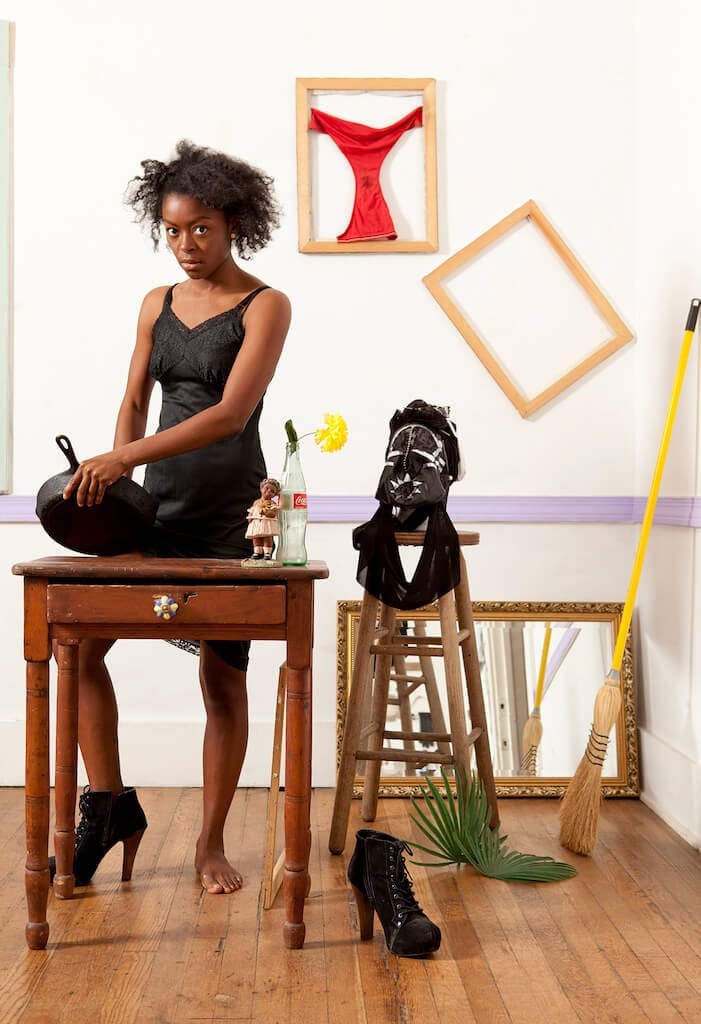 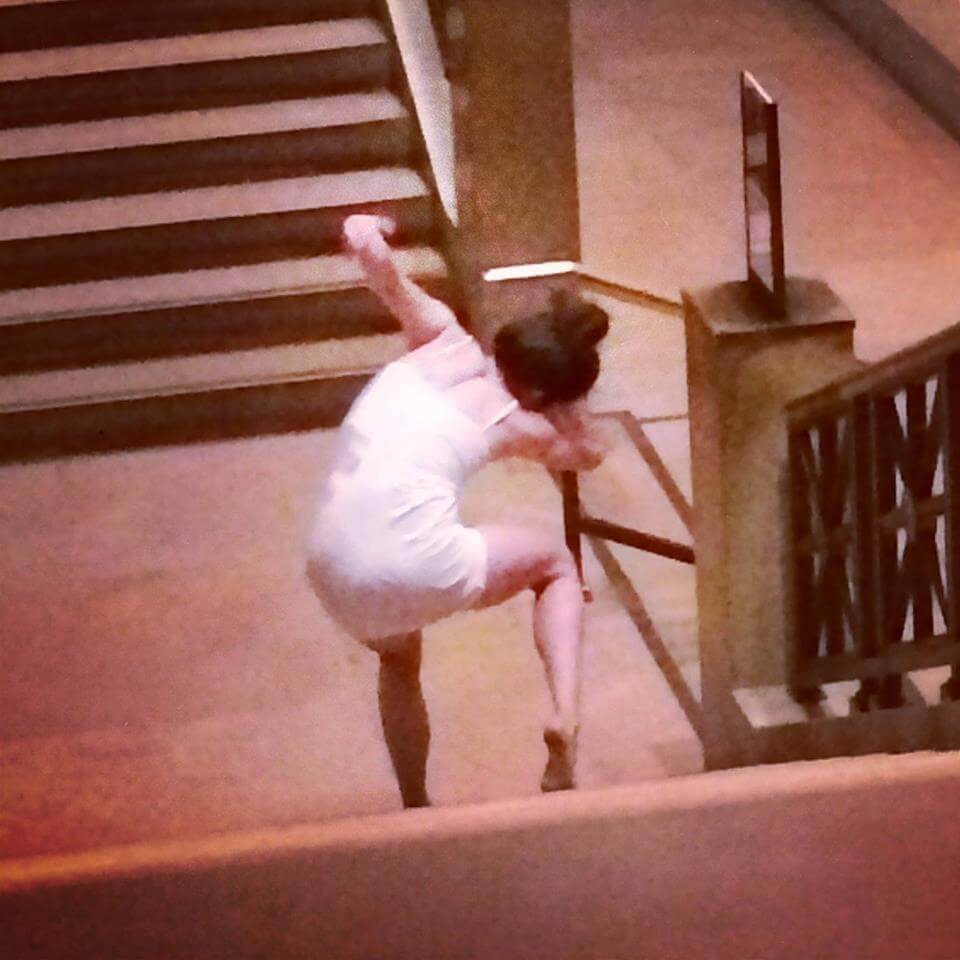 Dancer Mary Remy performs in LEDA, a 2014 work by Myra Bazell, Madison Cario and SCRAP Performance Group at the Philadelphia Museum of Art (Courtesy the artists)

Choreographer Myra Bazell in her new dance/theater piece Ghosts and Other Guests (GOG) will seek to examine issues of exploitation and vulnerability, especially among women navigating their identities and status in online and social media spaces. The piece will feature five dancers, livestream video mapping, a drone and wearable technology. 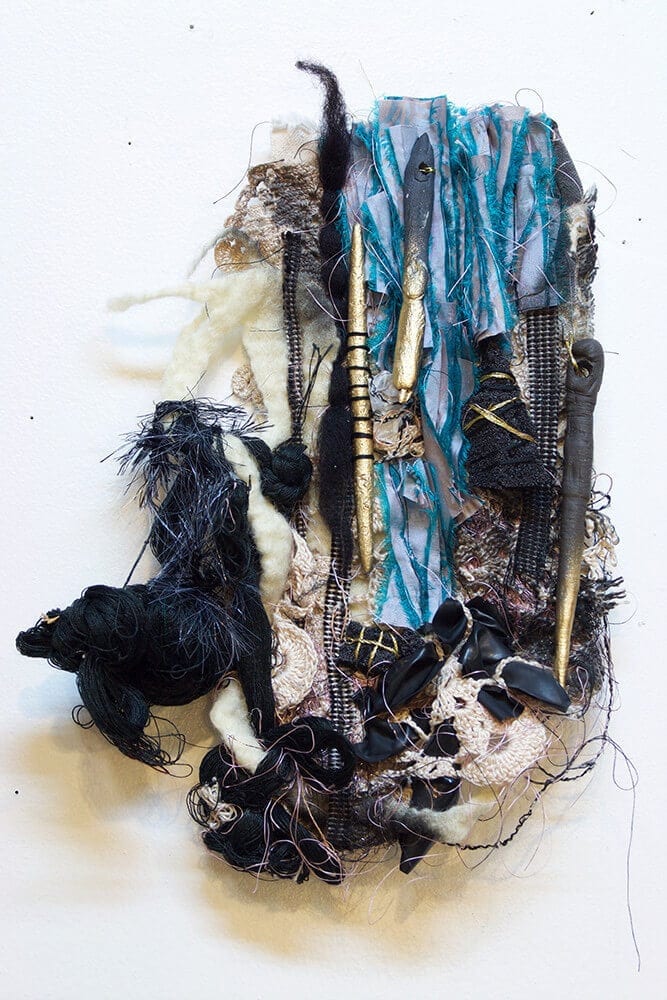 Zipporah Camille Thompson, winner of the 2018 Idea Capital Travel Grant, will travel to Mexico for research and the eventual creation of artworks inspired by the weaving methods and iconic black pottery of the Oaxaca, Mexico’s indigenous pre-Colombian Zapotec civilization. 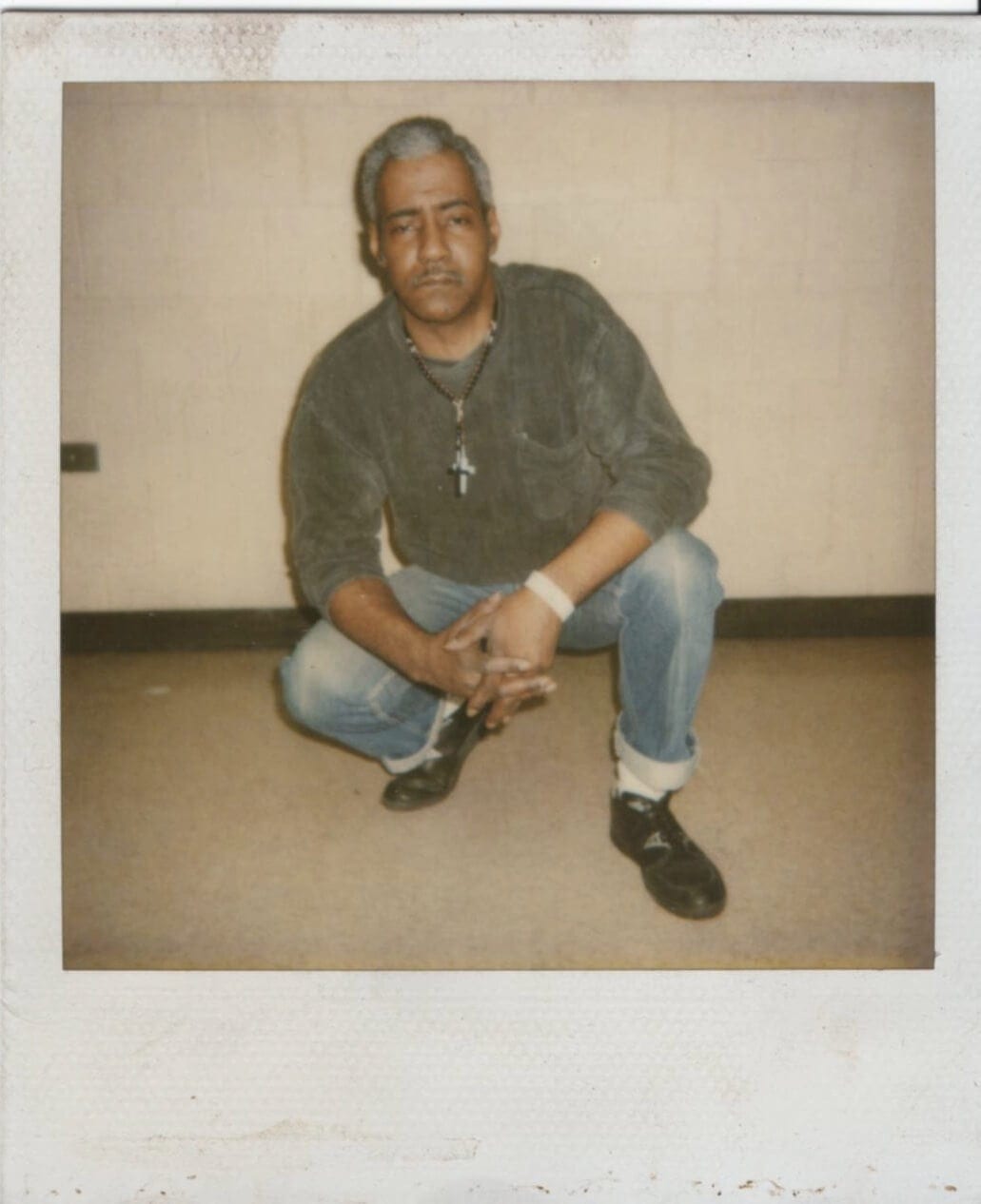 Letters to an Unborn Son is a new documentary film that will focus on artist and activist Sean Saifa Wall’s father, Willis Howard Wall.

Sean Saifa Wall will produce director Surafel Tesfaye’s Letters to an Unborn Son, a documentary film centering on letters sent to Wall by his father, Willis Howard Wall, imprisoned for the attempted murder of Saifa’s mother. Saifa and Tesfaye will seek to delve into the disturbing backdrop of his father’s crime, including abuse, drug addiction and eventual death from AIDS, in a nuanced portrait of a man’s life and his relationship with his child. 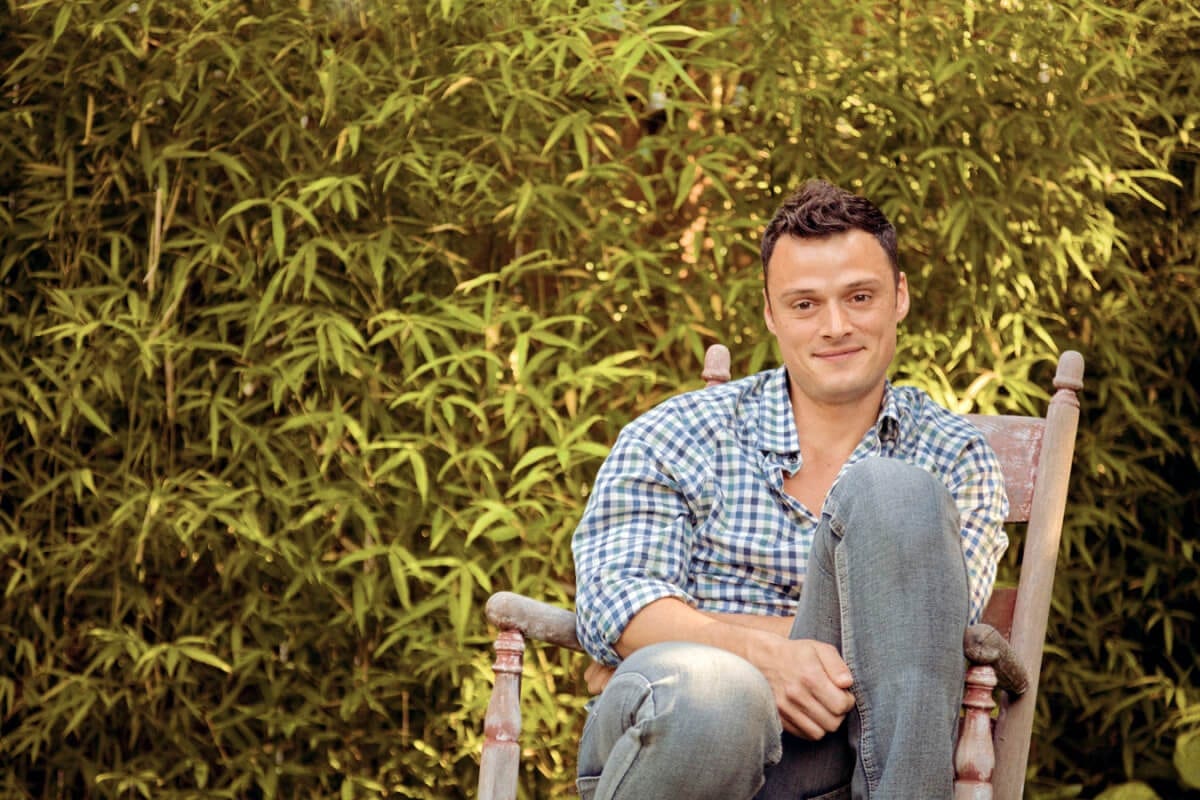 Atlanta actor Lee Osorio’s one-person show Happy Ever After in Lumpkin, GA (H.E.A.L., GA) will highlight the collision of small-town Southern life against the harsh realities of modern politics, including the internment of immigrants in ICE detention centers in Lumpkin, Georgia.