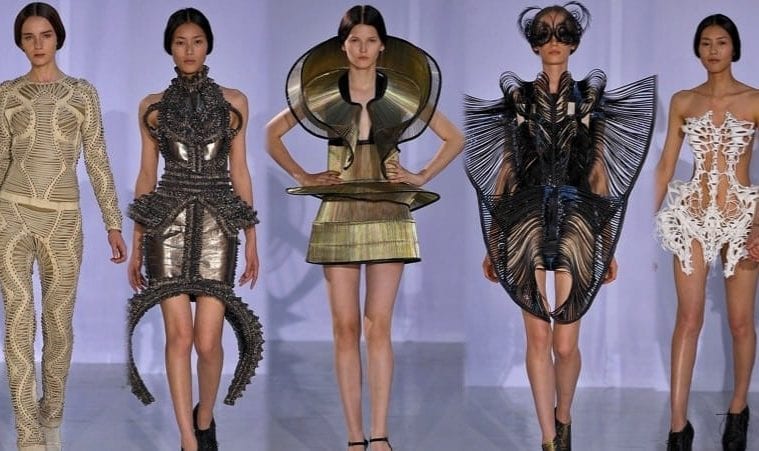 Will fashion replace the Impressionists as art museums’ Big Draw?

The bandwagon for fashion exhibitions filled up in the wake of the crazy success of Alexander McQueen: Savage Beauty at the Metropolitan Museum of Art in New York in 2011.

How likely would it have been a few years ago that two Georgia museums host concurrent fashion shows as they do today? (Inspiring Beauty: 50 Years of Ebony Fashion Fair at MODA and Emilio Pucci in America at the Georgia Museum of Art in Athens.)

The High Museum will enter the fray a year from now with Iris van Herpen, a retrospective of the 30-year-old Dutch designer whose conceptual couture combines traditional craftsmanship and current technology such as 3D-printing and computer modeling. Co-organized with the Groninger Museum in the Netherlands, the touring exhibit will debut at the High in November 2015.

Fashion’s popularity doesn’t negate its legitimacy as design. A dress is as much a vessel of aesthetic character, technical skills, creative ideas and zeitgeist as any object. Indeed, the blurring of boundaries in the arts may render the issue moot. One might argue that Van Herpen is closer to, say, Nick Cave or young Atlantan Branden Collins in using costume as a vehicle for ideas than she is to the likes of Armani.

Indeed it was Van Herpen’s straddling of art and design, as well as her innovative techniques, that attracted High curator Sarah Schleuning. “Her work can stand alone as sculpture,” she says.

The exhibition is built on the foundation of the Groninger Museum’s 2012 solo exhibition, which will be brought up to date and doubled in size. It will also include examples of her runway shoes, the fruit of a recent partnership with United Nude, a Dutch shoemaker. “They are a distilled version of her ideas,” says Schleuning, a cocurator of the exhibit. “I think this will be good for Atlanta, which has such a rich creative community,” she says. “I also think the show will appeal to people who think that they aren’t interested in fashion. Who wouldn’t be fascinated by a dress made from the ribs of children’s umbrellas?

“Her work speaks to what it means to make something, to have a vision and produce it. That is universal.”