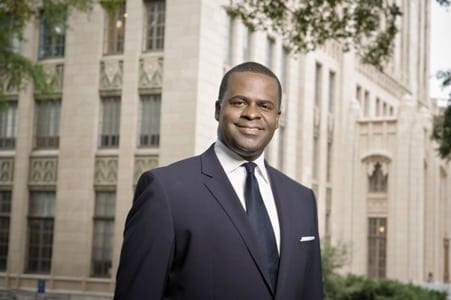 News: Groups want to ensure proposed Atlanta arts fund is for both the small and the mighty

A coalition of over a dozen Atlanta arts organizations have drafted a proposal on how to disperse funds that would be raised by a proposed fractional sales tax dedicated to funding arts in the city.

The groups offered a plan to Mayor Kasim Reed yesterday that would cap annual disbursements to any arts organization at $500,000. They say that would ensure the estimated $15 million annually generated from the fund is distributed to a wide range of arts organizations. They modeled their plan on how similar funds in Houston and Charlotte are doled out to local arts groups.

“We believe this proposal reflects your vision to support Atlanta’s small- and mid-sized organizations in addition to our larger institutions,” the coalition said in a letter sent to Reed. “It is of the utmost importance that this new funding mechanism serves the citizens of Atlanta with sensitivity to structural inequities and implicit bias in traditional funding models from the outset.”

(The complete letter can be read here: Letter to Mayor Reed with Recommendation for Tax Allocation.)

Reed last month announced a plan to ask the Georgia General Assembly to authorize a November referendum to raise the city’s sales tax by one-tenth of a penny as a permanent source of arts funding. The tax could generate as much as $15 million annually, and dwarfs the $3 million in annual city funding now available for Atlanta arts organizations.

In his February 2 “state of the city” address, Reed said that arts funding is critical to Atlanta and that he wants to ensure the money reaches all arts organizations, large and small. “Organizations like the Woodruff Arts Center are thriving, but our small- and medium-sized groups, our young and emerging arts, need additional support,” Reed said. “We need to give back to the creative community that gives so much to our city.”

Reed has noted that many smaller nonprofit arts groups are in constant struggle because they don’t have a steady source of funding. Georgia ranks 48th in the nation in government funding for the arts.

Reed’s proposal is based on a similar tax in Denver. While the mayor has not proposed a specific approach on how that money would be disbursed, Denver sends 64 percent of the funds to five core institutions, with only 21 percent to mid-sized organizations and 14 percent to smaller ones. The letter points out that the Denver model has received criticism for sending such a large percentage of tax dollars to core institutions that already have deep pockets, and that it lacks flexibility.

Under the proposal offered by the arts groups, the funds would be managed by the Atlanta Regional Commission and disbursed by a board of nine people that includes political, artistic, business and community leaders. They suggest a four-tier system for groups seeking funding.

The first tier would include organizations with annual budgets that top $15 million, which includes an estimated eight current institutions. About 25 percent of the annual funding would go to these organizations, with a cap of $500,000 to a single group. No organization with a budget over $50 million would receive money from the fractional tax. The Woodruff Arts Center, however, would be eligible for funding for its individual organizations: the Atlanta Symphony Orchestra, the Alliance Theatre and the High Museum of Art.

A second tier of groups with annual budgets between $1 million and $15 million would receive 50 percent of the fund, with no single organization receiving more than $500,000. There are an estimated 15 arts groups in Atlanta that would fit into that category.

The third tier would be for groups with annual budgets between $100,000 and $1 million, an estimated 48 organizations. This tier would receive 20 percent of the funding.

The fourth tier would set aside 5 percent of the funding to an Atlanta Arts and Cultural Innovation Fund earmarked for individual artists, groups with small budgets and non-arts organizations. The money would be distributed through competitive grants.

Virginia Hepner, president and CEO of the Woodruff Arts Center, worked with the city on Reed’s proposal and is said to be putting together a proposition from Woodruff on how to distribute the money if the referendum goes forward and is approved by voters.

Randy Donaldson, a spokesperson for Woodruff, would not comment on what the arts center will recommend. “At this point, we believe it’s inappropriate to share any thinking on the fractional tax other than to say that we welcome any effort that can mean more support for the arts and culture,” he said. “Leadership at the arts center has not yet met with Mayor Reed about his preferences on the fractional tax. Until we’re able to do that, it feels premature to share more detailed thinking in any broad way.”