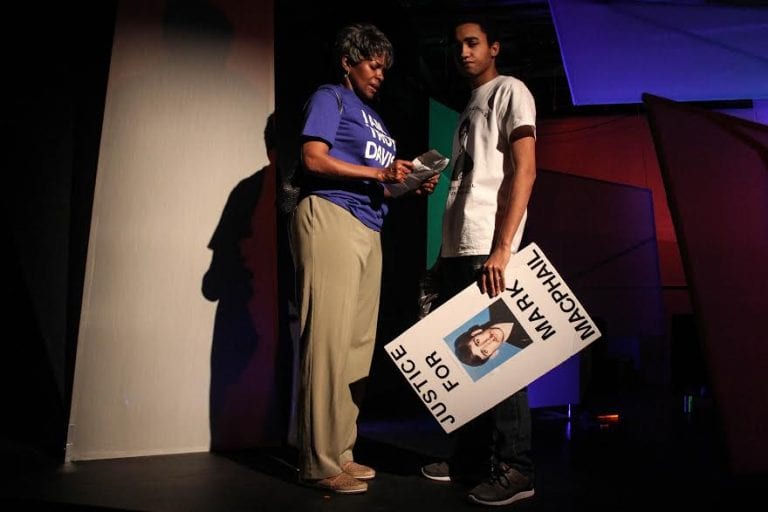 Terry Henry (Mary) and Stephen Ruffin (Curtis) explore the opposite extremes of the Troy Davis execution. (Photo by BreeAnne Clowdus)

All the actors from the world premiere Synchronicity Theatre production in 2016 will reprise their roles. The broadcast is scheduled for 10 a.m. on 88.5 FM in Atlanta and on GPB’s 17-station network across the state. There will also be a podcast version available on Sunday.

Nowell was commissioned to write the play by Synchronicity following Davis’ death by lethal injection in 2011. Davis was convicted of killing a Savannah police officer in 1989, but his supporters pointed to evidence that suggested Davis was innocent.

She said her intention was to write a play that showed perspectives from both sides of the issue. “This play is about why it is that people have the opinions they do,” Nowell told ArtsATL in 2016. “I try to see it from a heart perspective with empathy for both sides, rather than try to figure out what exactly happened on that night.”