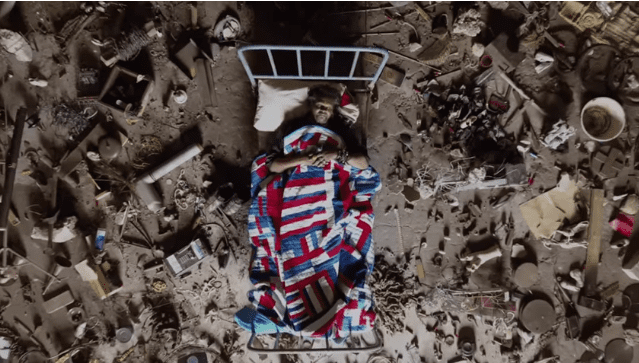 Atlanta-based visual artist and musician Lonnie Holley has announced the September 21 release of his third album, MITH, the followup to 2013’s Keeping A Record Of It. The video for the aptly titled first single I Woke Up In A Fucked-Up America, created by Atlanta videographers Matt Arnett and Ethan Payne, was released today.

“We all have a certain amount of care that we put into our artistic efforts, but because of the way I grew up, I see myself as being responsible for each little thing I do,” Holley told ArtsATL in a profile published in January of 2017. “I might not have understood the seriousness of it when I started out doing this. I wasn’t self-aware of me being an artist. I was aware of me needing something to take me away from the daily stress of the situations I was involved with, being a part of something I couldn’t get away from. The art allowed me to break away and train myself to focus elsewhere and meditate, concentrate a lot deeper on the situation.”